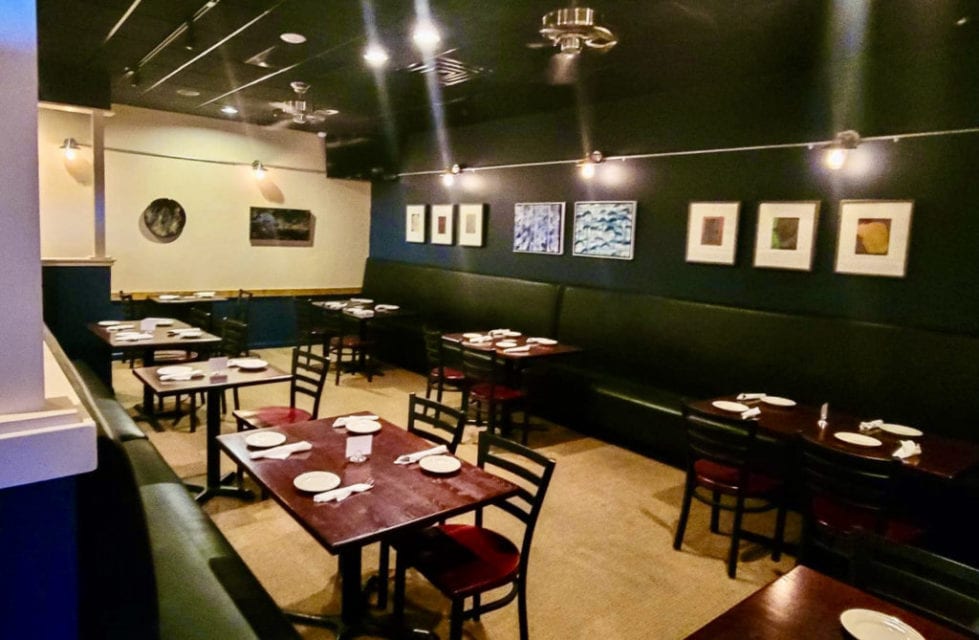 Melissa Ferraro is one determined restaurateur.

When the landlord sold the building that housed her New Castle restaurant, she could have thrown in the towel and hopped back on her food truck, Outlandish.

Few could blame her. Sonora at the David Finney had only been open a year when COVID-19 ravaged the industry.

Ferraro, however, is made of tough stuff.

“I never thought I shouldn’t be doing this,” she said of the restaurant business. “Worst-case scenario, I will just be on the food truck for a while. But I love that, so it’s not really a hardship.”

This past May, Ferraro found firm footing again with the opening of Sonora Restaurant & Bar in Newark. Situated in Two Stones Pub’s old space, the new establishment is attracting her old customers and new fans.

“Stopped in for brunch today, and the scrapple eggs Benedict was outstanding!” wrote one customer on Sonora’s Facebook page. “Great price, very nice, comfortable place, quality food. I’ll be back for sure.”

Gumbo is on the menu at Sonora Restaurant.

Ferraro’s ability to spin some bad luck is likely due to her get-’er-done Midwestern roots. She grew up in Sault Ste. Marie on the northern end of Michigan’s peninsula.

In 2000, she arrived at the University of Delaware to study criminal science. When she realized she’d rather be in a commercial kitchen, she transferred to the Art Institute of Philadelphia’s culinary program.

After graduation, she worked at various restaurants, including Jack’s Bistro at the David Finney Inn. “I said if ever I owned a restaurant—whenever that time came—this would be the place,” she recalled.

Meanwhile, she started a catering business in 2009 named Outlandish to reflect her personality and culinary style. In 2015, the food truck with the same name hit the road. “I made a good living off of that for years,” Ferraro said.

Pressed cocktails are one of the offerings at the Sonora bar.,

Although the David Finney Inn closed in 2000, the name has trailed behind many of the restaurants that followed it. Sonora was no different.

Sonora (named for one of Ferraro’s daughters) at the David Finney Inn opened in early 2019 with a menu focused on “gourmet comfort food.”

A year later, Ferraro stared down COVID-19. She quickly offered takeout and enhanced a courtyard space for alfresco dining. She took the Outlandish Food Truck out—when she could. Because she had to let her restaurant workers go, she was often the only one keeping Sonora going.

That summer, she learned the inn was being sold.

In part, she was captivated by the extra space. “It has storeroom, an extra room and office—I’m never going to use an office,” she said. “Right now, there are rooms we aren’t using. When we expand, we will have a stage and lounge.”

Two Stones had renovated the kitchen, but the dining room and bar needed a woman’s touch. Ferraro and friends sanded and painted the wood and peeled off beer stickers that were seemingly everywhere.

Today, the dining rooms are fresh and contemporary. Perhaps that is why many customers lean toward the wine and cocktail menu over the beer list.

Or maybe it’s because Ferraro cleverly uses a French coffee press to extract fruit juices and push flavors into the spirits. “They’re selling like hotcakes,” she said.

Living up to her “Outlandish” name, she’s eschewing the stale standards.

“I’m tired of seeing only salmon as the seafood option,” the chef said. “So, I made a barramundi dish. I made scallops a salad topper. We change the menu every three months—we keep it really, really fresh.”

Ferraro, who is already writing the next menu in her head, is always two steps ahead.