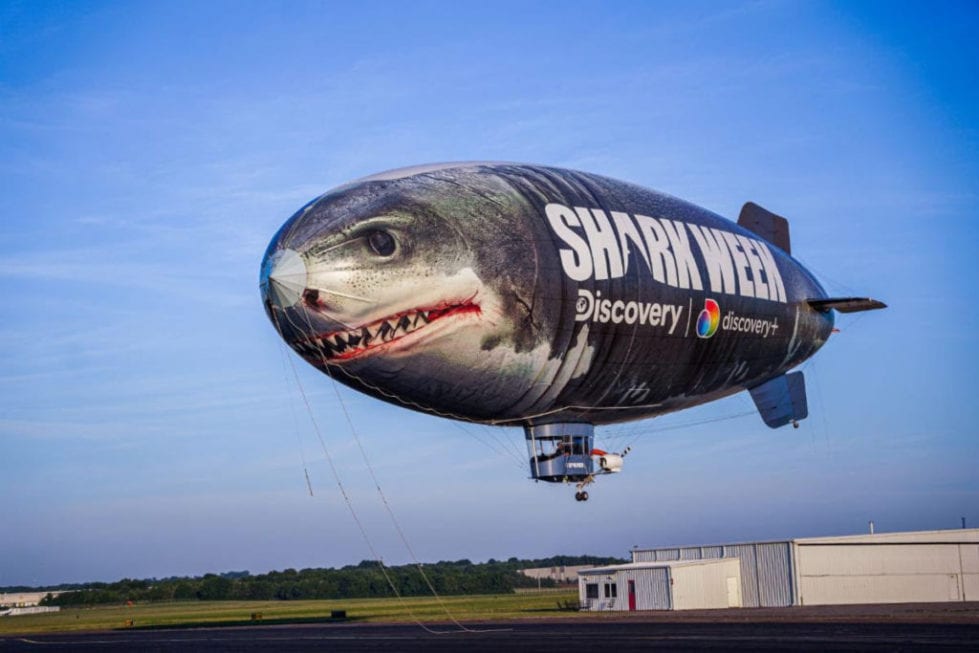 Fireworks weren’t the only thing flying high in  he Delaware sky on Independence Day.

A great white shark blimp was scheduled to fly above the state’s beach resort towns as well.

Discovery Channel was presenting its marketing ploy for its annual Shark Week programming, a week-work of shark-infested shows which brings in the channel’s biggest viewership each
summer.

The 128-foot long blimp can travel an average 250 miles a day, according to a news release from Discovery. It made its way through Delaware after flying through Virginia and the Outer
Banks.

The blimp is touring parts of the country through July 20.

Delaware Natural Resources says the First State is home to over 60 different species of sharks along the coast, including the sandbar shark which uses the Delaware Bay as a nursery.

While scary in appearance, experts say these sharks are docile and prefer to leave humans alone.

Shark Week runs on the Discovery Channel and its app, Discovery Plus, from July 11-18. The  goal is to raise awareness about sharks and their natural habitats.

Making the old new: She upcycles worn furniture into stylish pieces
Live, indoor theater is coming back
Delaware group paints blue lines in public so police can see support
Horseshoe Crab & Shorebird Festival back on for Saturday in Milton