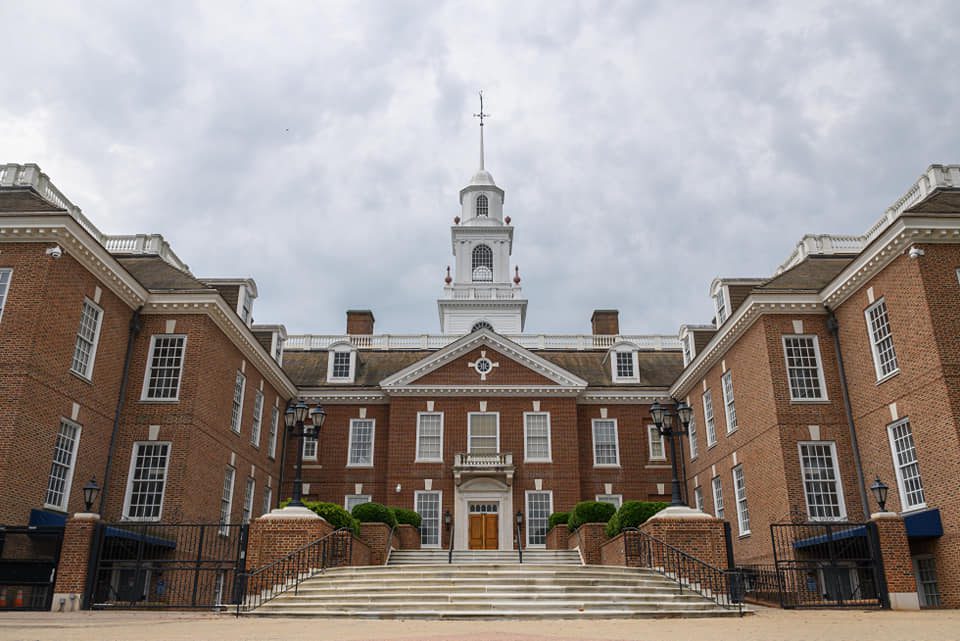 UPDATE: The Senate canceled its session and will seek advice.

They will convene at 4 p.m. and the proceedings will be live-streamed on the General Assembly website.

The Senate already passed a resolution to the same effect during last week’s redistricting special session but some members of the House of Representatives thought it didn’t go far enough.

Rep. Sean Lynn, D-Dover, introduced House Concurrent Resolution 42 but by the time it passed in the House, the Senate had already gone home for the day.

The auditor was indicted in October on a slew of felony and misdemeanor corruption charges alleging nepotism, fraud, theft and witness intimidation. She has pled not guilty to all charges.

Article III, Section 13 of the Delaware Constitution says that the governor may “for any reasonable cause” remove any officer of the state government, except the lieutenant-governor and members of the General Assembly, upon the request of two-thirds of all the members elected to the House and Senate.

The resolution previously passed in the Senate asks the Supreme Court if the General Assembly has the authority to take a lesser action than removal from office, such as a temporary suspension.

It also asks whether the General Assembly is required to hold hearings on any potential action and whether McGuiness and her attorneys have a right to attend such hearings.

Efforts were unsuccessful to reach McGuiness and her lawyer for comment.

House Resolution 42 asks all of the same but also calls for the Judiciary Committees of both the House of Representatives and Senate to meet jointly to determine the process to decide if reasonable cause exists for McGuiness’s removal, whether due process is applicable in such a case as well as a suitable date for a hearing.

According to a press release from the Senate Democratic Caucus, the upper chamber will consider the House’s resolution and ditch their own.

Seats in the Senate gallery may be reserved on a first-come, first-serve basis by visiting the General Assembly website.