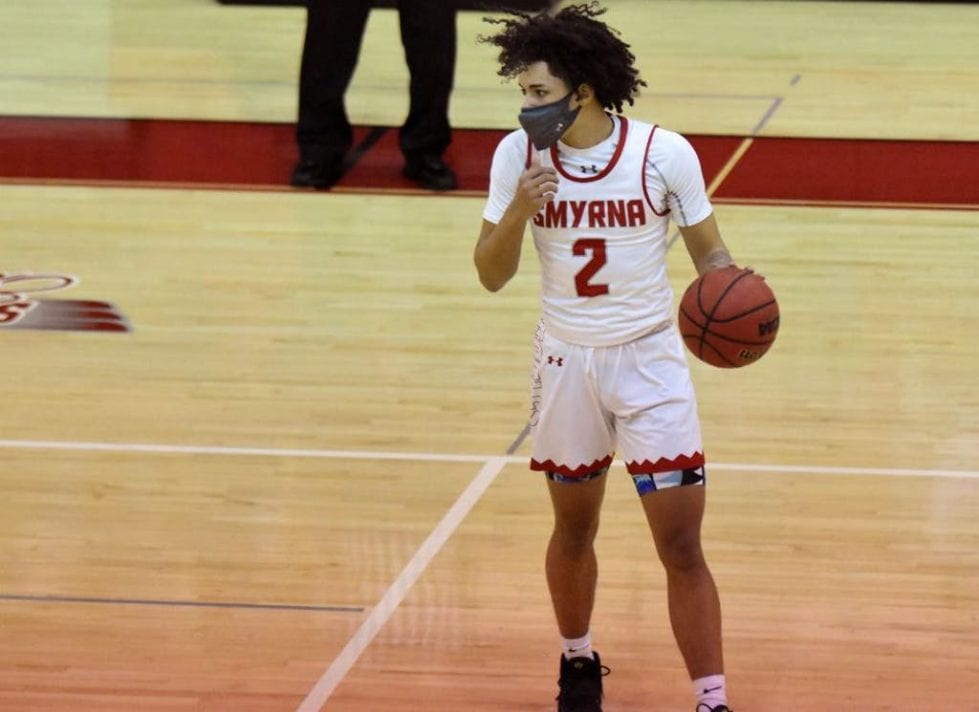 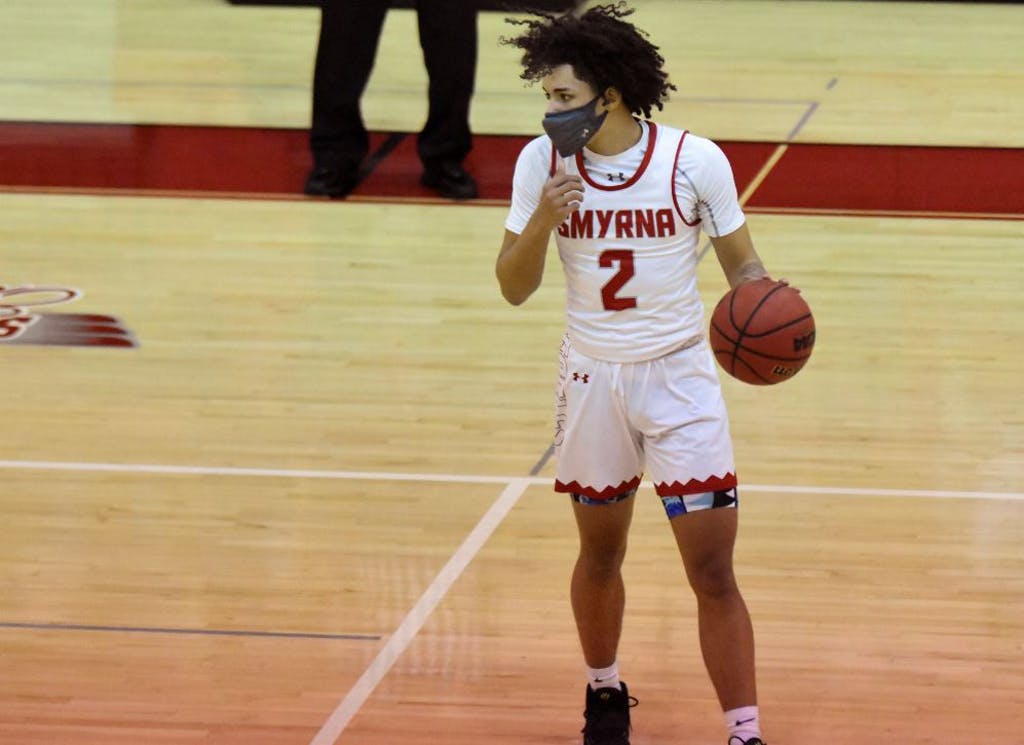 Smyrna’s Elijah Credle had 22 points in the Tuesday night game.

The Smyrna Eagles broke used the second half to open a close game Tuesday night and beat the Caesar Rodney Riders 70-52.

The boy basketball game at Caesar Rodney was a meeting of two unbeaten teams atop the Henlopen-North.

That’s as close as the Riders would get as Smyrna closed the quarter on a 17-9 run for the final score of 70-52.

Elijah Credle did a great job of attacking the rim as he led Smyrna with 22 points, scoring mostly on dribble-penetration.

Olumuyiwa Salako added 18 points while Robert Wiley joined his teammates in double-figures with 13. Cole Matthews contributed 8 points off the bench for the Eagles including a 3-pointer at the buzzer to end the 3rd quarter.

Caesar Rodney was led by Brycen Williams with 20 points while Juan Jordan added 12.

Smyrna held CR 33 points below their season average. The Riders came into the game averaging over 85 points in their four previous wins.

Smyrna improves to 5-0 while Caesar Rodney falls to 4-1.