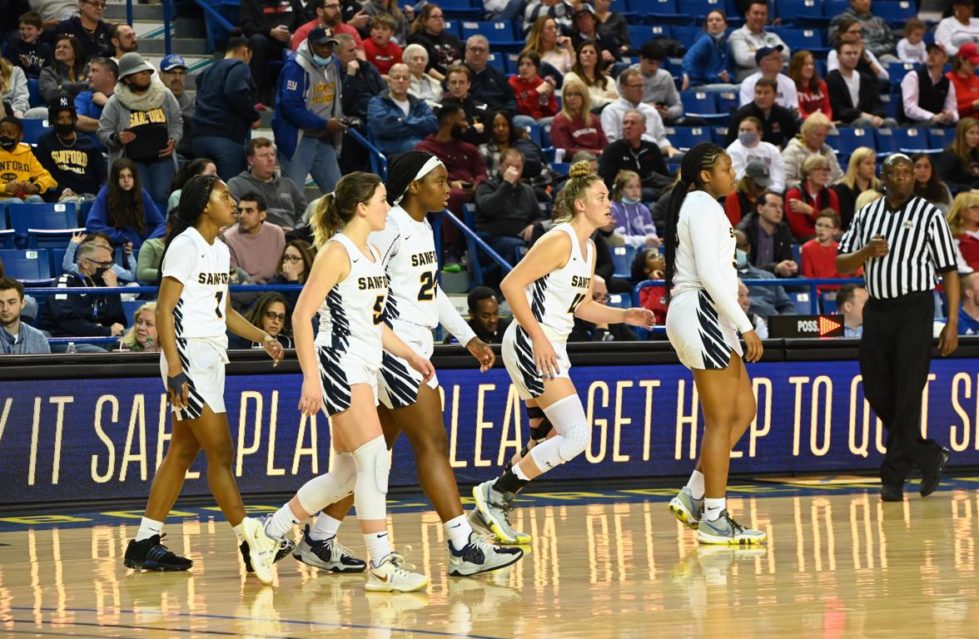 The No. 2 Sanford Warriors find themselves heading back to the DIAA Girls Basketball State Championship for the second year in a row with a big win over #6 Ursuline 43-26 .

In the first quarter neither team was able to get it going, combining for 8 points with a 4-4 score. Sanford was able to use a big second quarter to separate themselves from the #6 seeded Ursuline Raiders never to look back.

In the second quarter the Warriors out-scored Ursline 17-6 led by Amiya Carroll who hit two big three’s with Zy Kilgoe and Dallas Pierce adding 1 each. Sanford would take a 21-10 lead into the half.

The second half started how the first ended as Sanford continued to pull away from Ursuline.

Pierce would take over in the third quarter for Sanford putting up 11 of her 14 points as Sanford found themselves leading by as many as 20 points a couple of times throughout the second half. Sanford’s defense was able to hold Ursuline to single digit scores in each quarter.

Pierce led Sanford with her 14 points while Kilgore added 13 and Carroll ended with 9.

Ursuline was led by Abby Grillo who had 8 points.

Sanford will now face the No. 1 seed Caravel Buccaneers for the DIAA Girls Basketball State Championship on Friday night at the Bob Carpenter center home of the University of Delaware Fighting Blue hens with tip set for 7 p.m.