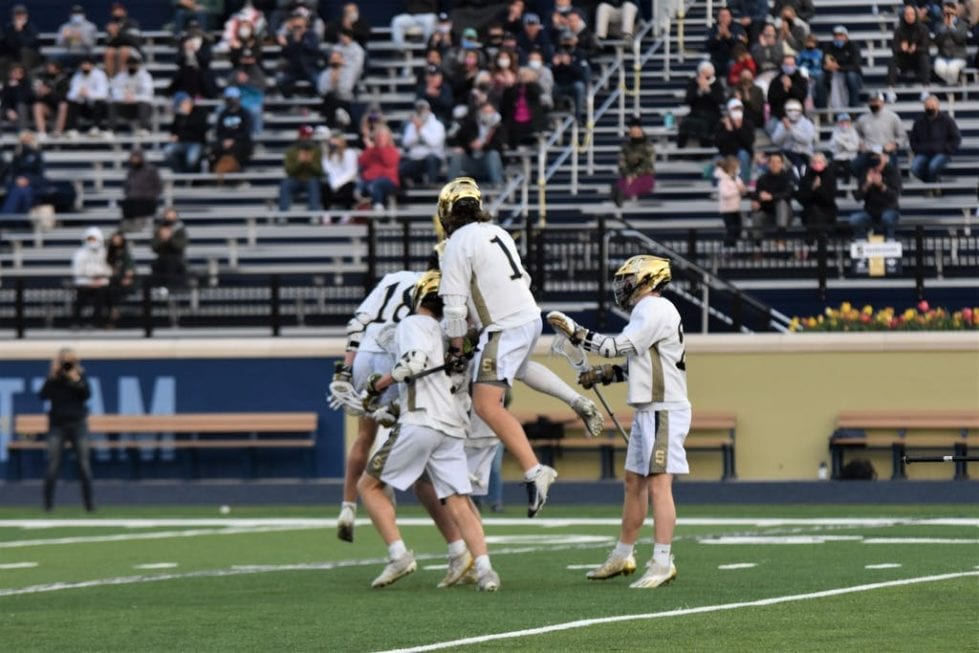 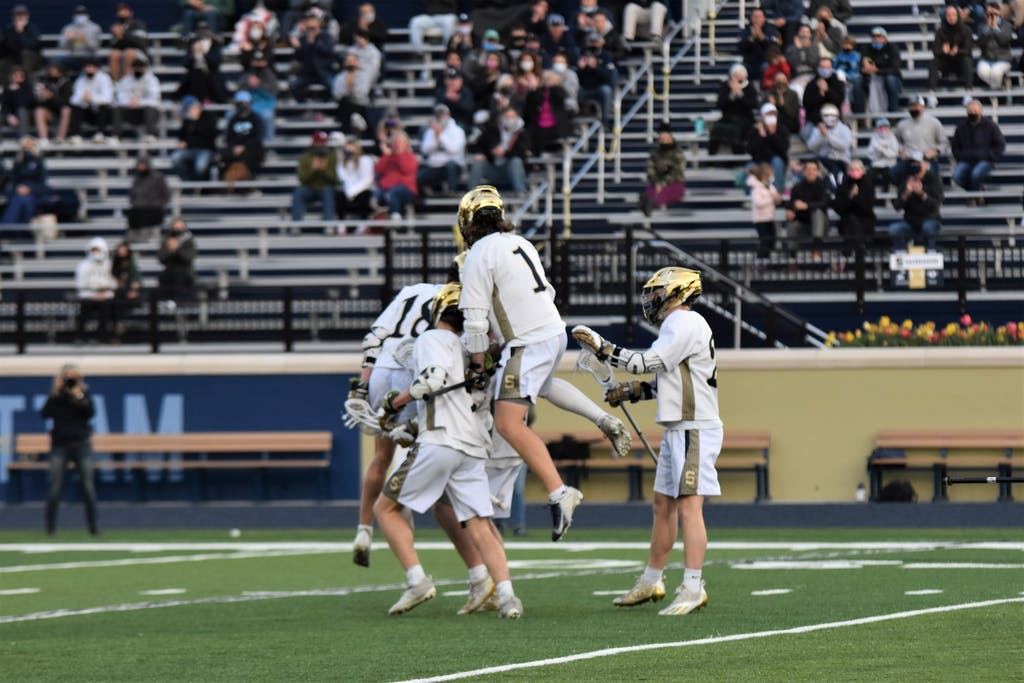 Salesianum celebrates after scoring a goal

Salesianum and Cape Henlopen put on an entertaining, back-and-forth exhibit of scoring, defense and physical play befitting the top two teams in the state in boys lacrosse.

When the final whistle sounded, the top-ranked Sals escaped No. 2 Cape, 11-10, winning on a goal by Caelan Driggs with just 9.7 seconds remaining in regulation.

The Vikings – whose only losses this season had come to Episcopal Academy (Pennsylvania) and the Gilman School (Maryland) – had the Sals on their heels with a four-goal run in the fourth quarter that forged a 10-10 tie.

Sallies had taken a 10-6 lead after three, but Gabe Best began the Vikings’ comeback with a goal early in the fourth. Michael Sposato turned away several Sals shots in goal for the Vikings, and one of those led to a chance for Cape’s Hank D’Ambrogi.

He was stopped once by Salesianum keeper Jackson Skinner, but he connected from close range seconds later to make the score 10-8. 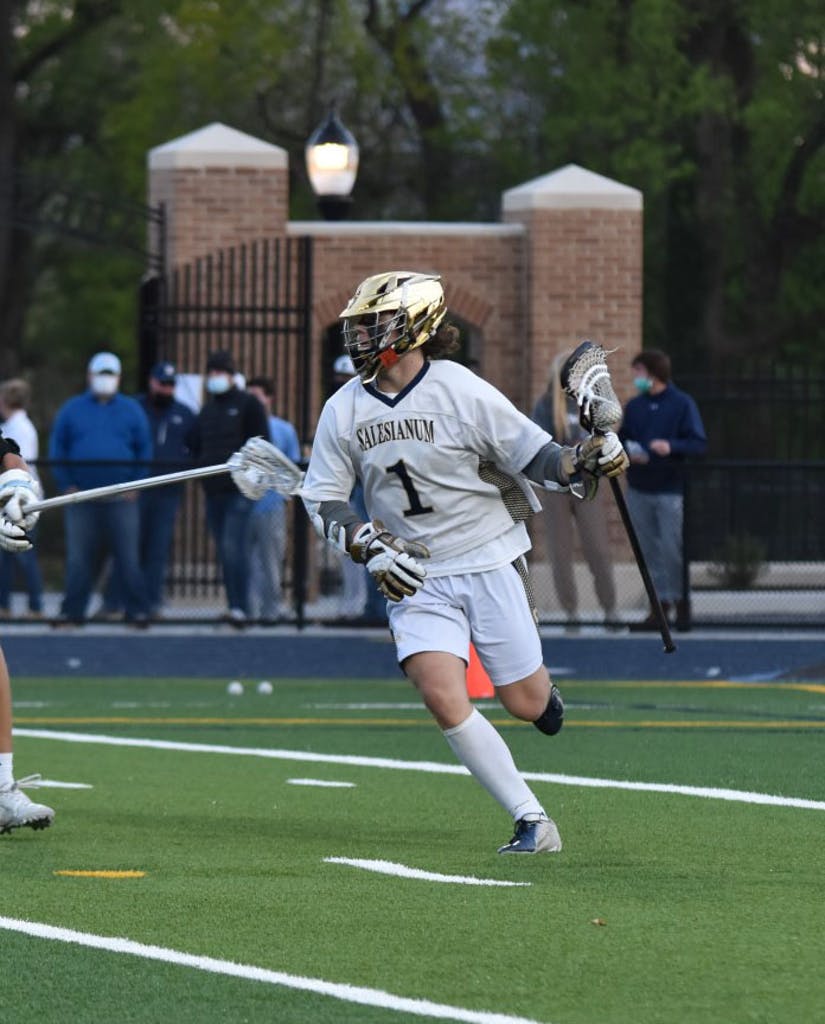 Two more from D’Ambrogi tied the score, but the Sals would regain possession with 1:43 to go and never relinquish it.

The hosts burned nearly all the time off the clock before a first shot went high. The Sals kept the ball, and Dylan Mooney began play behind the Vikings’ net.

He made some moves toward the Cape Henlopen goal, drawing the attention of a second defender.

That left Driggs with some real estate as he cut toward the net, where Mooney found him. Driggs buried a shot high with 9.7 seconds left, setting off a big celebration on the Sals sideline, as well as in the stands at Abessinio.

Driggs’ goal ended a game that delivered the promised goods. The first quarter ended on the second goal of the game by Cape’s Jaden Davis, who scored as he absorbed a pounding from a Sals defender.

The game remained close throughout much of the second quarter, although Sallies used a superior faceoff game to open up a 7-4 halftime lead. Dominic Rottura and Driggs both scored after faceoff wins.

The Sals took a four-goal lead three times in the third quarter, the last time at 10-6 with 2:39 remaining in the half.

Caravel Wins Marathon Softball Championship
UD to require proof of vaccine or negative test for visitors to attend events
110 animals airlifted from Louisiana to Delaware ahead of Ida
State opens second-dose slots for residents who got 1st shot anywhere before Jan. 23