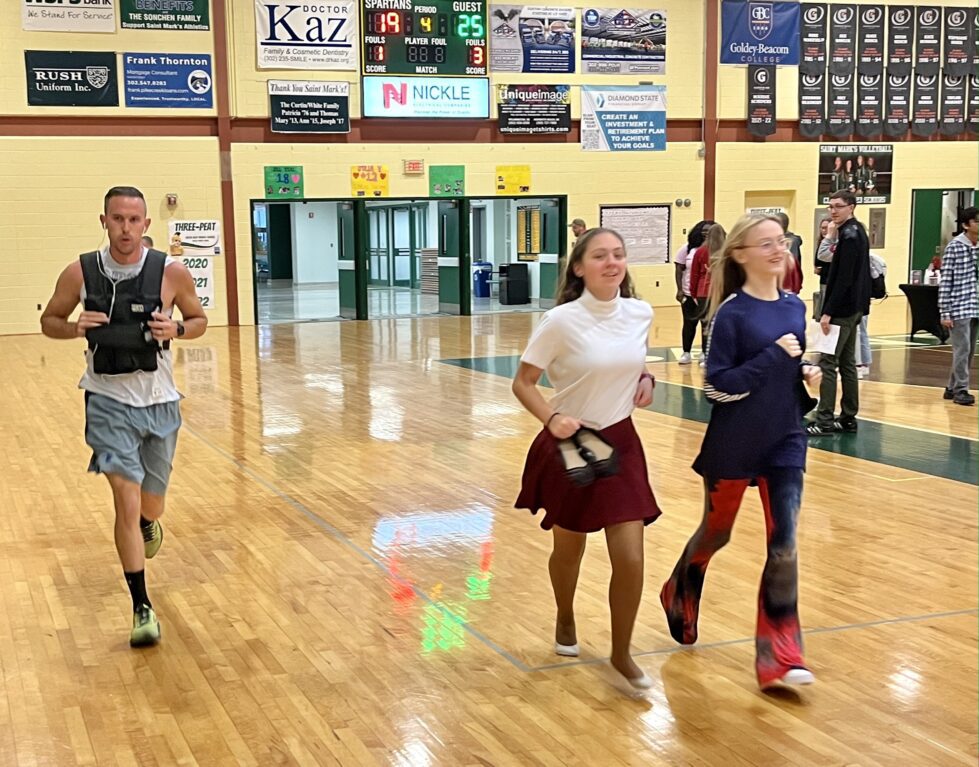 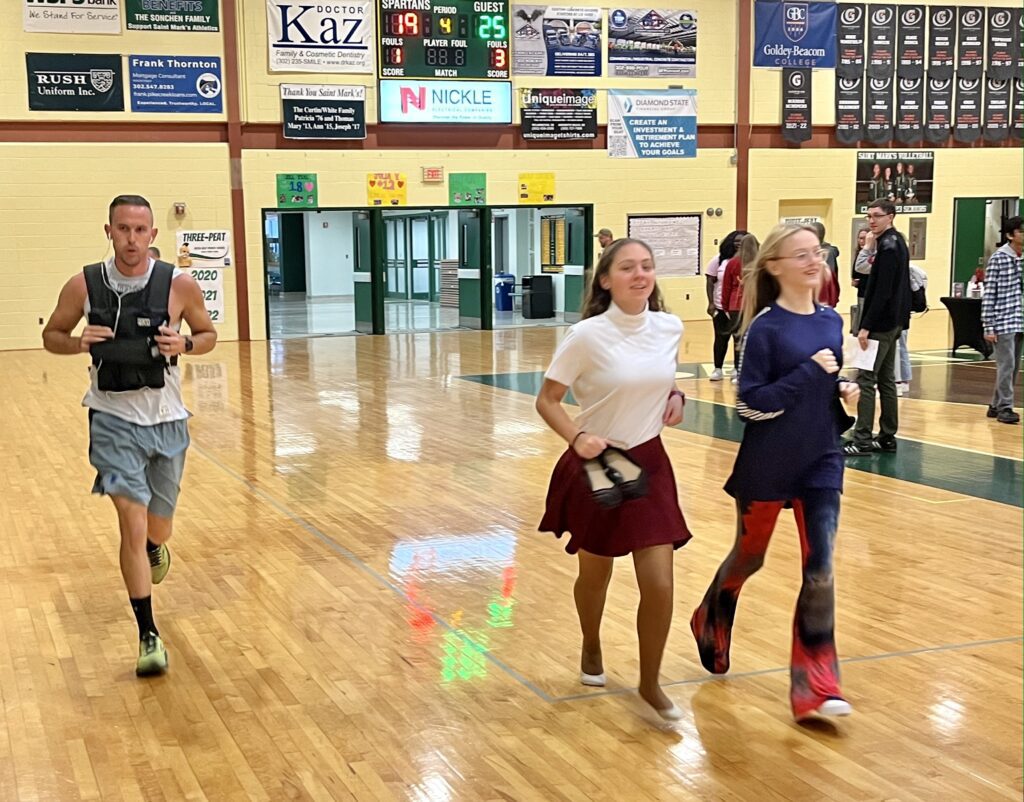 Danielle Alura, Miss Global USA 2023, kicked off the marathon with a performance of “Amazing Grace.”

“I’m here because, number one, I’m American,” Alura said. “I have plenty of family members who have served and currently serve, so today is a very big holiday for me to participate in to show my love for the country and for our fallen heroes.”

The annual Cpl. Stephen M. McGowan 20K Challenge honors Stephen McGowan, a 1996 graduate of Saint Mark’s who was killed in Iraq in 2005 while serving in the Army.

Active and retired military personnel were joined by members of the Saint Mark’s community and others to celebrate Veterans Day Friday. (Saint Mark’s)

Participants were asked to raise $200 each, with the proceeds going to the Cpl. Stephen M. McGowan Fund, which provides tuition assistance for the children of active-duty military and veterans attending Saint Mark’s.

“I think this is a great way for us to help them out and provide them some relief, especially when we remember how amazing it is that these veterans have provided so much to America,” said Aiden Gomez, a junior at Saint Mark’s.

The run came shortly after Saint Mark’s hosted a buffet-style breakfast for the community.

Several runners sported backpacks with 20-pound weights to add another challenge, and perhaps burn off some of those breakfast calories.

“I’m feeling good, but I will say, I’m 55 and I’m not as young as I used to be,” joked Saint Mark’s President Tom Fertal as he jogged around the perimeter of the basketball court.

“On a practical level, we’re here today to actually raise funds that directly benefit families of veterans,” Fertal said. “In a broader sense, today is to honor Stephen McGowan and remind everybody of the sacrifices veterans have made.”

As a father and as an educator, Fertal said it’s important to teach the young about the rights and freedoms safeguarded by the U.S. Armed Forces.

“Regardless of all the different things that go on in our country, I tell our kids it’s still the greatest place to be,” Fertal said. “Those freedoms that we have they’re not free — they’re built on the backs of the men and women who have served and continue to serve.”

Rain caused the event to be moved from the school’s track field into the gymnasium, but the change in venue didn’t hamper the participants’ enthusiasm.

“Today’s an awesome way to give back to those men and women that have served our country,” said retired State Trooper Marty McWilliams. “This is a small token that we can take out of our time just to show that we care, and that we can make a difference in their lives too.”