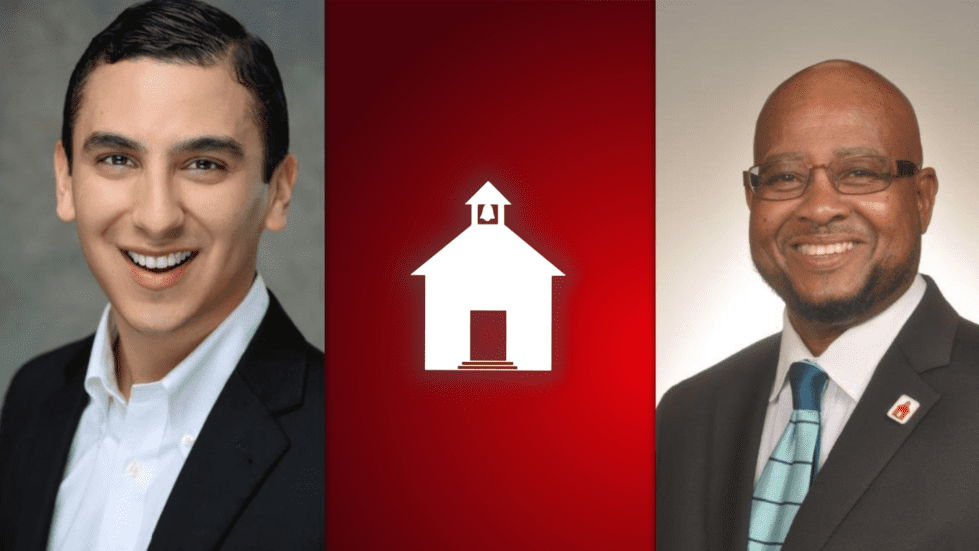 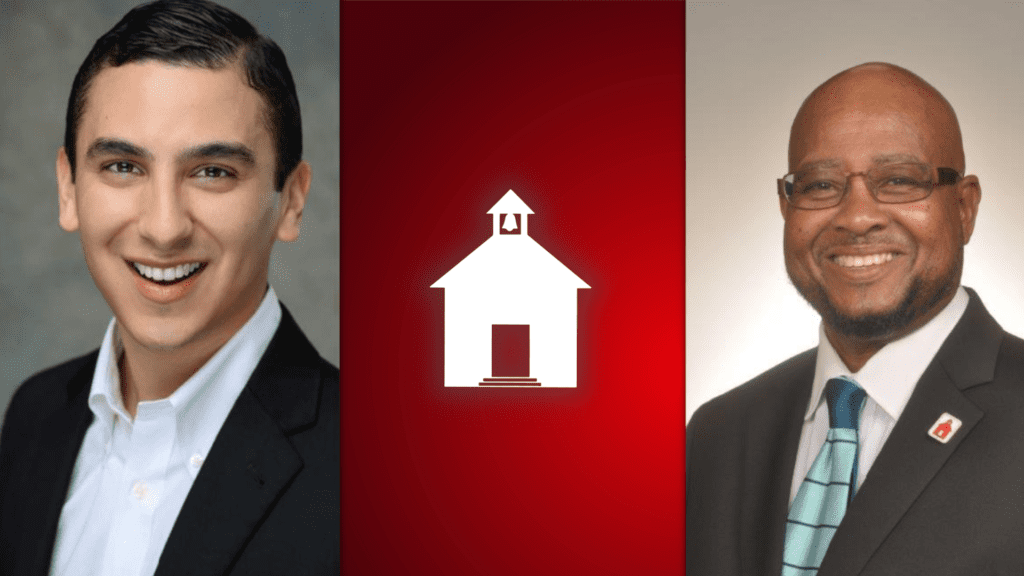 Jose Matthews, left, has filed a complaint against Martin Wilson, accusing him of wrongfully serving constituents in a district he does not live in.

Jose Matthews, a member of the Red Clay School Board, is calling for fellow board member Martin Wilson to be removed.

In a complaint filed with the Public Integrity Commission Wednesday morning, Matthews alleges Wilson’s actions on the board are not only unethical, but unlawful.

“I want people to know that some of the poorest and most devastating communities within our district live in District B,” Matthews told Delaware LIVE News. “Families who don’t have money, status, or political power. Exploiting this community is unacceptable.”

Matthews released his complaint in an email to legislators and fellow board members.

Delaware code requires school board members to reside in the district that they represent.

Wilson represents District B, which includes parts of the city of Wilmington.

However, Matthews said Wilson has stated on record that he lives with his wife in Pike Creek.

“He owns a home in Wilmington that is, to my knowledge, rented to his daughter, despite public records showing no existence of a permit,” the complaint reads.

Matthews claims Wilson told the board that he spends most of his time in Virginia, where he resides for work.

“These complaints are nothing new, and I, along with community members have worked tirelessly to report Martin and getting someone to listen is half the battle,” Matthews said. “Community members say they’re afraid to speak up because speaking up in this state could cost you your reputation.”

Multiple attempts to reach Wilson for comment were unsuccessful.

Over five years working alongside Martin, Matthews said he’s received a number of complaints from constituents and stakeholders inquiring as to why Wilson is allowed to vote on policies that utilize public funds when he doesn’t live in the district.

Matthews said there have been several indications made by Wilson since 2017 that he does not live within District B. 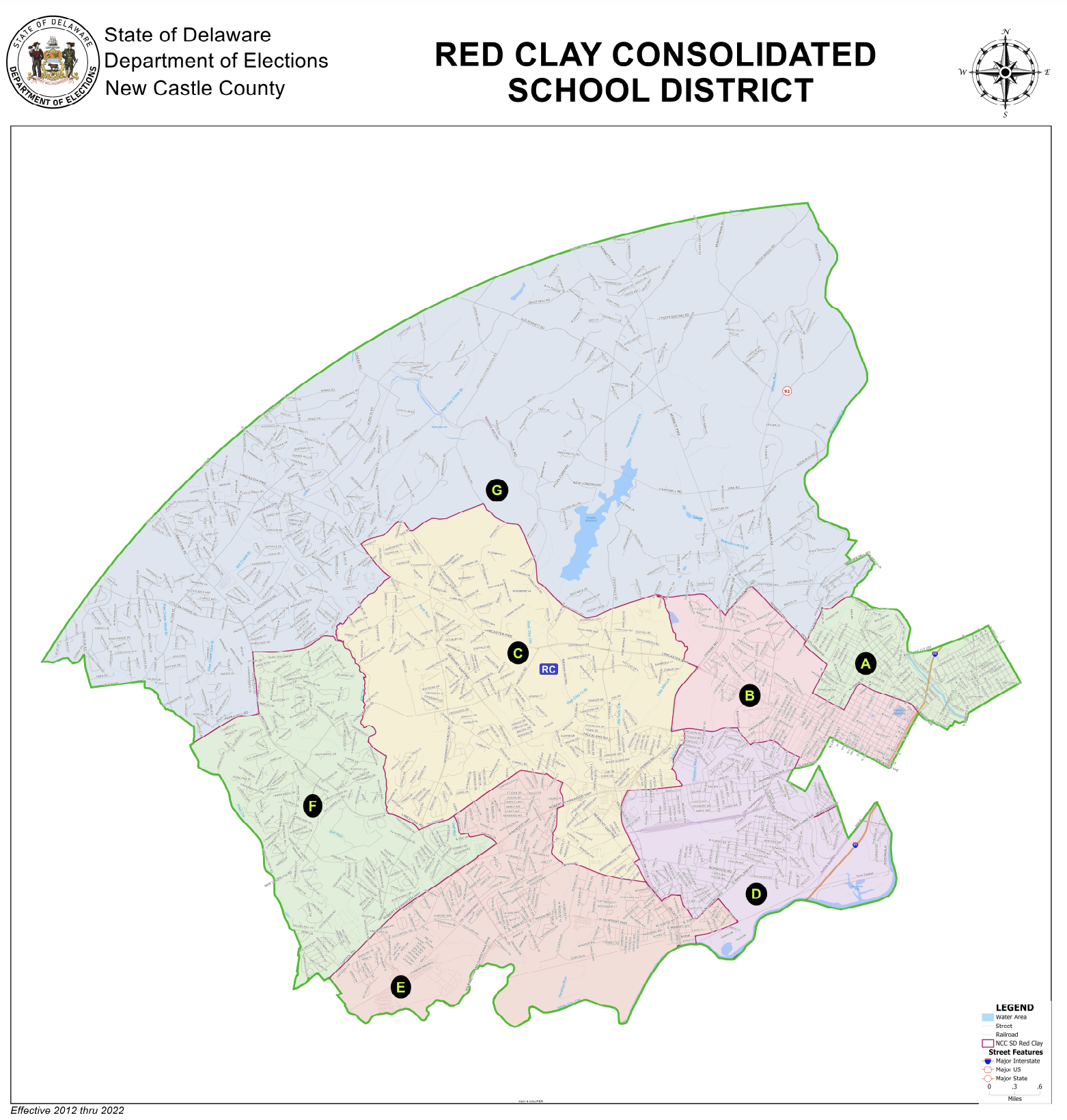 One incident he cites comes from the district’s board meeting on July 11, 2018.

Williams said during that meeting, Wilson claimed investigators were stalking him near his Pike Creek home.

“He disclosed that he owns a home in the city, rents in the suburbs with his wife, qualifying him to hold a seat as a voting member on the Red Clay Board of Education despite legislation passed by state legislators,” the complaint reads. “He even announced that he sought legal guidance and received a judge-issued decision creating a special exemption allowing him to hold this voting seat.”

During that meeting, Matthews claims Wilson again shared that he did not live in the city.

That response, Matthews said, came after inquiries by elected officials and constituents who wanted clarification on his residency.

“He, again, provided context as to why he does not live in the city,” the complaint says. “However, this time he described a ghetto, noting that his representative district was incredibly dangerous, riddled with crime, and that he and his wife had to make the decision ‘17 years ago’  (now over 20 years ago) to move outside these district boundaries.”

During the board’s Sept. 21, 2022 meeting, members discussed a potential board attendance policy to ensure board members were attending meetings and knowledgeable about the topics they were voting on.

“Martin shared that an attendance policy would negatively impact his circumstance as he only visits Delaware about 4 days a month,” Matthews wrote in the complaint.

Matthews said the board has held 9 public meetings since July. Wilson only began showing up recently, he said.

“He has just recently started to join the Red Clay Board of Education again this past September to make his votes on decisions, without having been briefed or participating in any of our sessions leading up to those votes,” the complaint says.

Wilson has been absent for seven of the board’s past nine meetings, according to meeting materials.

“Having a breach in our election process and residency oversight is a safety issue,” Matthews said. “Our families trust us with their kids, and that’s violated when decisions are being made by a man who doesn’t live here.”