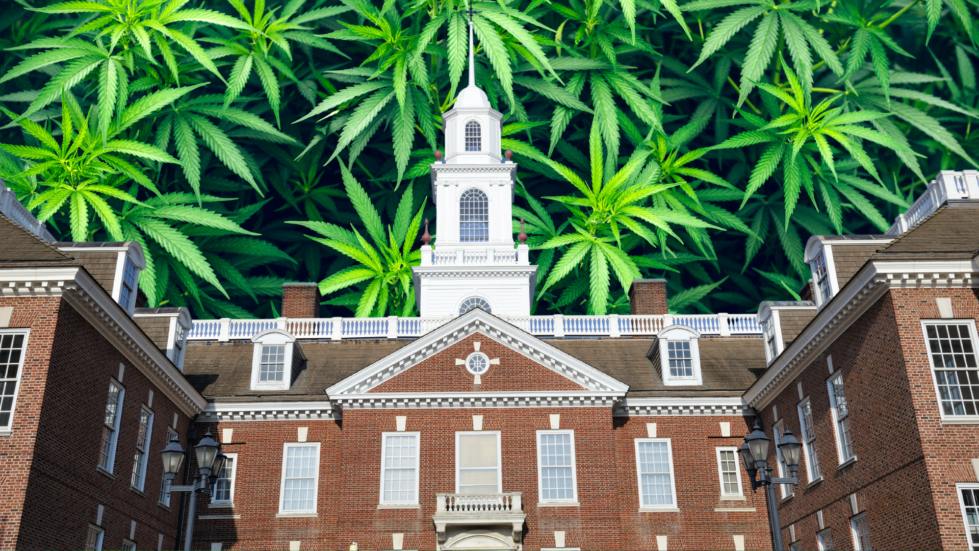 A bill to legalize the possession of an ounce of pot or less was released from a House committee Tuesday and will advance to the House floor for a vote.

The bill initially appeared to fail, but after votes were gathered from committee members who were absent, it was revealed to have passed.

House Bill 371 came before the House and Human Development Committee in April but a majority of its members voted to release it without first taking questions from legislators and hearing public comments.

After a number of Republican lawmakers walked out of the April meeting in protest, Democrats announced it would get a special hearing after Easter break.

That hearing happened Tuesday, with scores of commenters on either side of the issue speaking about the pros and cons of marijuana legalization.

Rep. Ruth Briggs King, R-Georgetown, asked whether the bill could be interpreted to legalize up to one ounce of synthetic marijuana, which the legislature has long fought to keep illegal.

A House attorney said that as the bill is currently written, it could have that effect. Osienski said he would welcome an amendment to change that, which Briggs King indicated she would do after the meeting.

The bill heard Tuesday represents one-half of the latest effort to legalize marijuana. It would legalize simple possession, but it would not allow for it to be grown or sold. That will require another bill, House Bill 372, which has already been released from the Revenue and Finance Committee.

A previous effort at legalization — House Bill 305 — failed earlier this year. Shortly after, the bill’s sponsor, Rep. Ed Osienski, D-Newark, unveiled the plan to split the bill in half.

The idea behind Osienski’s move is that if the General Assembly is able to pass simple legalization, there will be less incentive for lawmakers to vote against taxation and regulation, as the substance will already be legal.

It’s not clear when House Bill 371 will advance to the House floor for a vote, though it could happen as soon as Thursday.