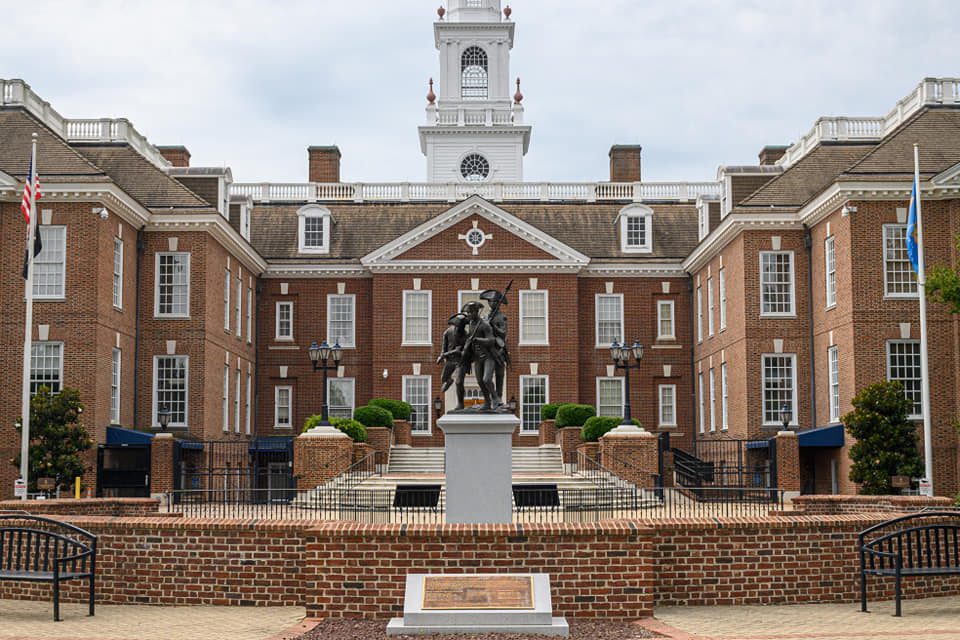 Citizens for a Pro-Business Delaware will rally in Dover to support bills that would create transparency of policy records. Photo by Brian K. Leonard.

A business group that promotes government transparency plans to hold a rally at Legislative Hall to advocate for the passage of a bill that would make police misconduct records open to the public.

Citizens for a Pro-Business Delaware will hold the rally at the state capitol in collaboration with the ACLU of Delaware on Monday, Nov. 22 at 11 a.m. The rally was postponed from its original date.

The purpose of the rally is to encourage the passage of Senate Bill 149, sponsored by Sen. Elizabeth ‘Tizzy’ Lockman, D-Wilmington.

That bill would allow members of the public and media access to police misconduct records that are currently kept secret under the state’s Law Enforcement Officers’ Bill of Rights. Police records would also be able to be used in court proceedings and police agencies would be barred from destroying or discarding those records.

Complaints against officers, including their names and details of any disciplinary actions, would be made available to the public.

The proposed law was introduced as part of the Delaware Legislative Black Caucus’s Justice for All agenda, which was introduced in the wake of the May 2020 George Floyd killing in Minneapolis and subsequent nationwide unrest.

Lockman has since sponsored a series of roundtable discussions with stakeholders, including police chiefs, union leaders and reform activists.

A months-long Law Enforcement Task Force that met during the General Assembly formulated a list of policy and other recommendations, many of which have earned support from police groups.

But the civilian review boards and changes in the Law Enforcement Officer Bill of Rights have not.

While Monday’s rally calls for the “immediate passage” of Senate Bill 149, Citizens for a Pro-Business Delaware and the ACLU of Delaware will have to wait until at least Jan. 11, when the General Assembly will reconvene for its regular session.

The bill was released from the five-member Senate Judiciary Committee with one favorable vote and two votes on the bill’s merits. It now awaits consideration from the full Senate.

Citizens for a Pro-Business Delaware rose in the wake of the Transperfect case before the Delaware Chancery Court.

In that case, the Shawe family that owned the language translation company were angry over the court’s order that it must be sold, which it was to owner Phil Shawe.

Since then, members of the Shawe family and the off-shoot Citizens for a Pro-Business Delaware have worked against Gov. John Carney’s election and been critical of the Chancery Court.

The organization has spent hundreds of thousands of dollars lobbying for changes, including more diversity on the courts, and protesting the $3.9 million in fees that Custodian Robert Pincus’ and Skadden Arps — a vast American international law firm —  charged during the court battle.