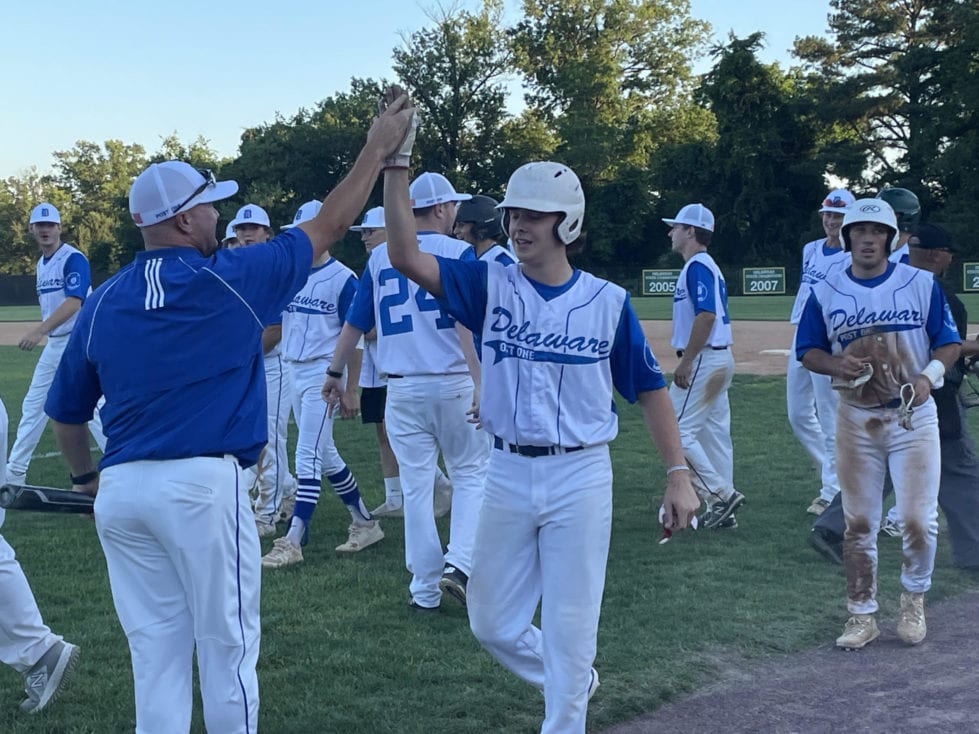 Fox Post 2 made the trip up north to face Post One last night at St. Mark’s Alessandrini Field – prior to the game Post One celebrated and honored the 2018 ALWS winning coach Brett Treml and some of his players. They presented  Coach Treml with the new Post One jersey #18 and retired that number from future use on the team in remembrance of the 2018 Championship. They also had him throw out the 1st pitch prior to the National Anthem being played to celebrate Flag Day that was on Monday June 14th and to officially open our season at this 1st home game of the year for Post One.

RHP Gerrett Quinn got the start for the home team Post One and quickly went to work holding Fox Post scoreless until the top of the 4th  inning when Fox plated a run off a few hits by Mendez, Martin, and Rodriguez. Quinn settled in and struck the next 2 batters out to hold off Fox from scoring again in the inning.

Post One scored often and early with a big 2nd inning that saw Post send 5 runs across the plate. Post One catcher Max Autry went 4 for 4 on the night with a pair of doubles and contributed to 3RBI’s. Christian Colmery also had a hot night at the plate with a monster HR in the bottom of the 4th inning off of relief pitcher Patrick Buckson.

Post One had a quality home opener performance at the plate and in the field supporting Quinn’s 1st career start in American Legion Play. Post’s Pat Crawford came in to seal the victory over Fox Post by closing the door in the top of the 5th inning securing the 13-3 victory