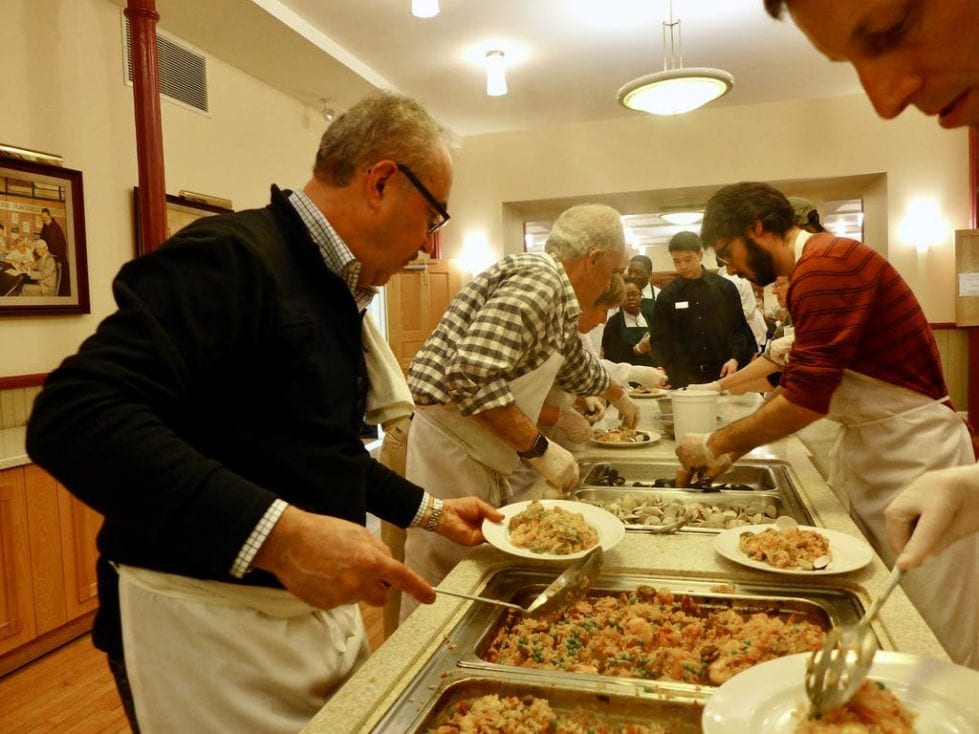 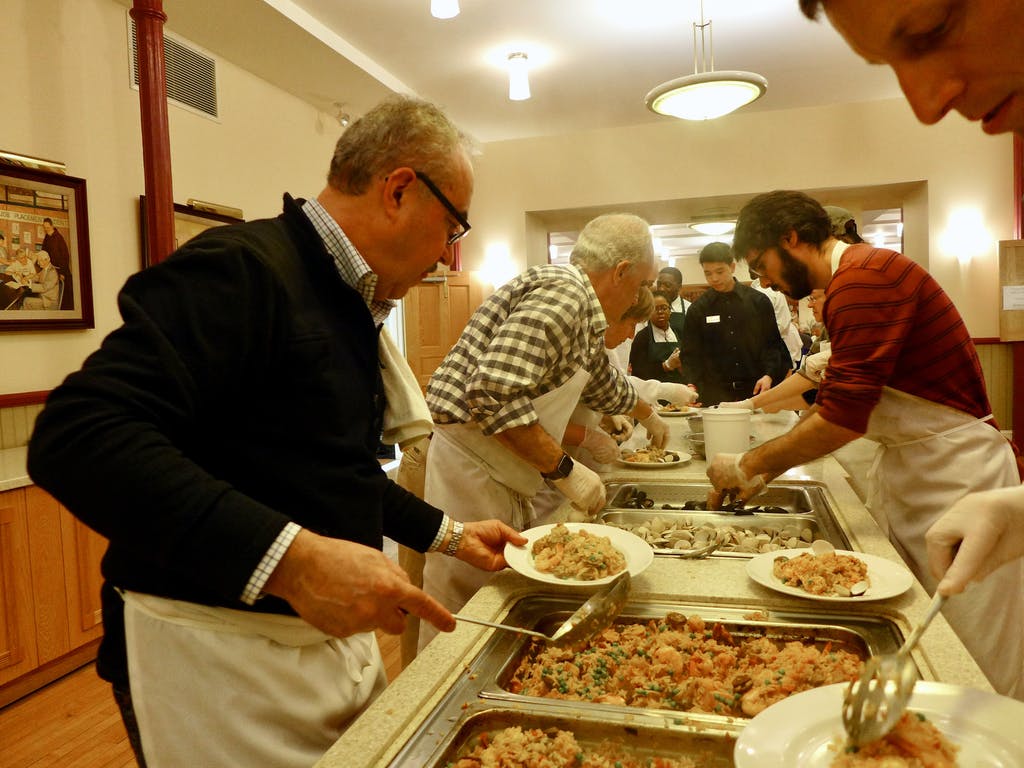 Workers get paella ready for a Ministry of Caring Spanish dinner

For more than 30 years, Xavier Teixido has dished up saffron-scented paella and poured sangria to benefit the Ministry of Caring.

The restaurateur, who owns Harry’s Savoy Grill, is an enthusiastic participant in the charity’s International Night fundraisers.

But this year, COVID-19 put a halt to the February benefit, which was a family affair for Teixido. Over the years, his mother, father and siblings had volunteered.

Then News Journal food writer Patricia Talorico posted on Facebook how much she missed Spanish Night’s paella. Teixido got an idea: Why not offer the three-course meal to go?

The promotion is scheduled for Sunday, April 11, with pickup between 3 p.m. and 5 p.m. at Harry’s Savoy Grill.

The $25 meal features Valenciana paella with chicken, chorizo, shrimp, calamari, clams and mussels. (Paella originated in Valencia on the Spanish coast.) It also includes a salad with garlic-pimento vinaigrette and flan, a custardy dessert. 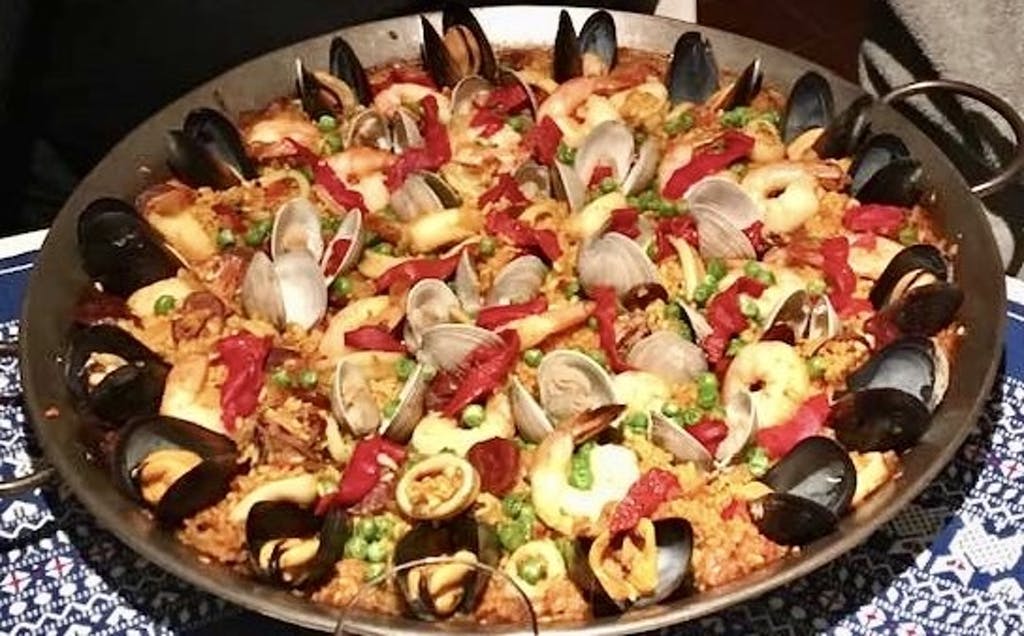 Fruity sangria is available for $7.50 a pint. The wine’s recipe comes from the late Dr. Ruben Teixido, who moved his family from Paraguay to the United States in the 1950s.

The April 11 event isn’t just about raising money for a cause.

“Part of it is that I want to get back to the stuff that makes me happy to be a restaurateur,” says Teixido, who also co-owns Kid Shelleens Charcoal House & Saloon in the Trolley Square area.

Brandywine Hundred residents who may have missed out on sold-out events in the past now have the opportunity to taste what makes Spanish Night so popular. At one point, Teixido handled three seatings.

“It was brutal,” he acknowledges. “One year, we had 60 volunteers helping us. But at the end of the meal, the family would sit down, sneak a bottle of wine, drink some sangria and eat the leftovers. It was a nice communal time.”

Getting the meal to go gives buyers an extra benefit. “It’s just as good if not better the next day,” Teixido says.

The seasoned restaurant owner praises the Ministry of Caring for being an efficiently run organization.

“I really like what they do,” he says. “Holding this event is a wake-up call. I’ve got the people, and it’s a nice tradition. During this pandemic, it’s been easy to become self-absorbed and worry about how you’re going to find your way out.”

The restaurant is planning to sell 200 meals. However, orders are placed in advance, so Harry’s may sell more.

There is an option on the order form to add an additional donation to the Ministry of Caring.

The deadline for Spanish Night orders is April 9.