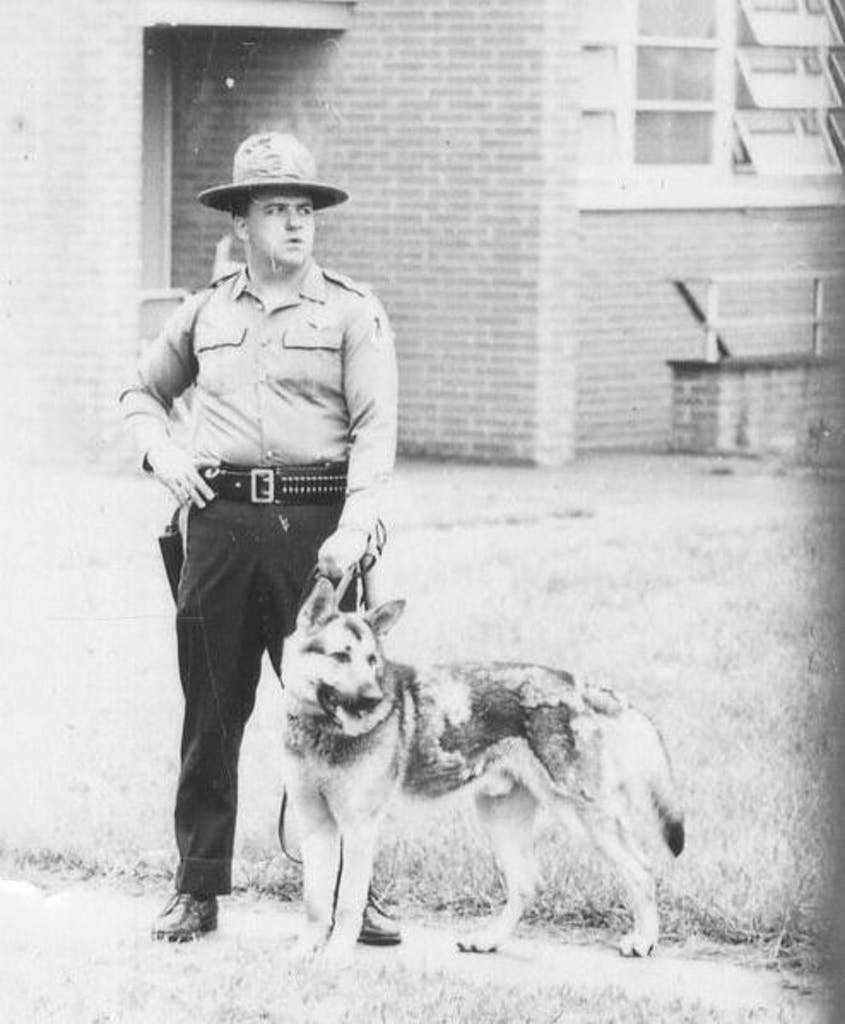 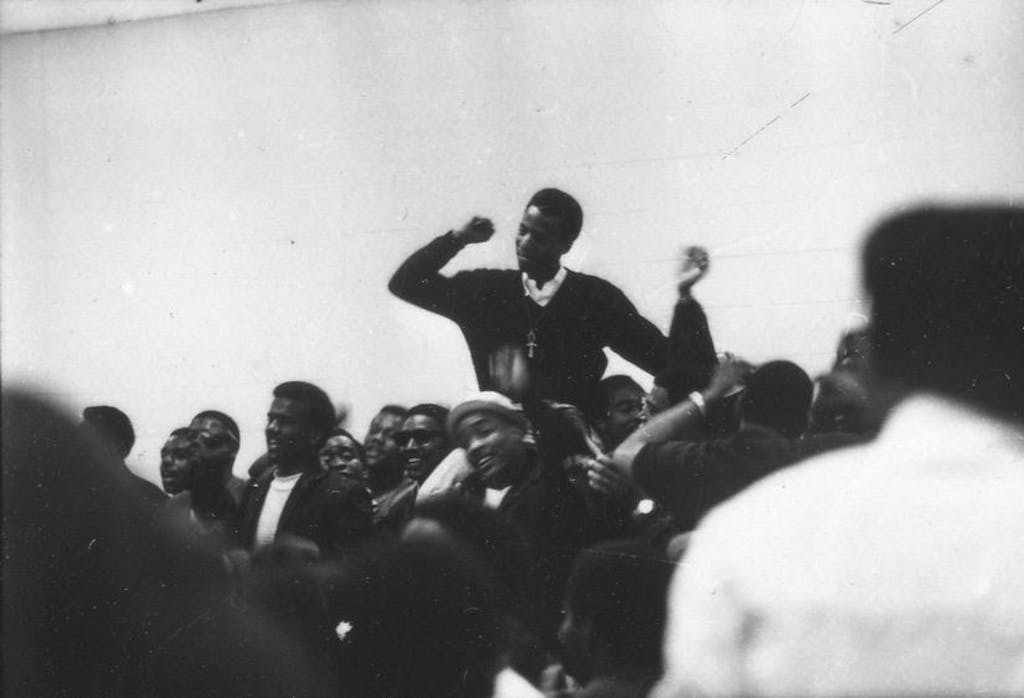 When protests turned violent in Wilmington, Gov. Charles Terry mobilized the National Guard for the longest military occupation of any American city since the Civil War, including an odd footnote that occurred on the Dover campus of then-Delaware State College.

Delaware State College students, caught up in the 1960s spirit of activism, focused primarily on issues close to home. That spring they had been fighting for changes considered revolutionary at the time: visitation rights between male and female dormitories; removing rodents from residence halls; extended library hours; and a black studies program.

Weeks prior to King’s death, students held a one-day class boycott in support of their demands. Nearly 800 students skipped 8 a.m. classes to march on the the administration building.

President Luna I. Mishoe was in Europe, but acting academic dean Nathaniel E. Tillman met with them. The conversation bore fruit. The college agreed to exterminate the rats, expand library hours and permit women to visit the men’s dormitories on Sunday afternoons.

The boycott was orderly, and no disciplinary action was taken. The News Journal applauded both students and administrators for having “provided a textbook example … of the most effective way to survive a demonstration.”

Five days later, however, on March 25, the situation deteriorated.

This demonstration turned disruptive. Stones were thrown on Harris’ porch, dormitory sign-out sheets were vandalized, and, in what was probably an unrelated incident, a fire started in a maintenance building at midnight.

There was no reason to suspect foul-play, but local newspapers implicitly connected the demonstration and the fire in most Delawareans’ minds.

Ten days later Dr. King was struck down in Memphis. Music Professor Mable Morrison recalls that students were “anguished over the death of Dr. King,” but “felt safe enough on campus and didn’t become involved in the violence.”

A new student center and residence hall were to be named and dedicated in early May. Students petitioned that the student center be named after Dr. King and the dormitory after slain civil rights leader Medgar Evers.

In a breakdown of communications, Mishoe agreed with their ideas and had the dedication programs printed to reflect that, but nobody informed the students. They erroneously believed that their suggestion had been ignored, which set the stage for a dramatic, ill-fated confrontation.

On May 10, 1968, Mishoe, Terry and members of the board of trustees took to the platform for the dedication.  Terry was about to begin his address when a small but rowdy group of students marched across campus chanting “Student Power!”

Disciplinary action was swift.  Participants in the demonstration were suspended until each submitted a formal letter of apology. This reaction only incited the larger student body.

One week after the dedication, students occupied the administration building in protest and again raised the questions of library hours, dormitory visitations, rats and a black studies program. 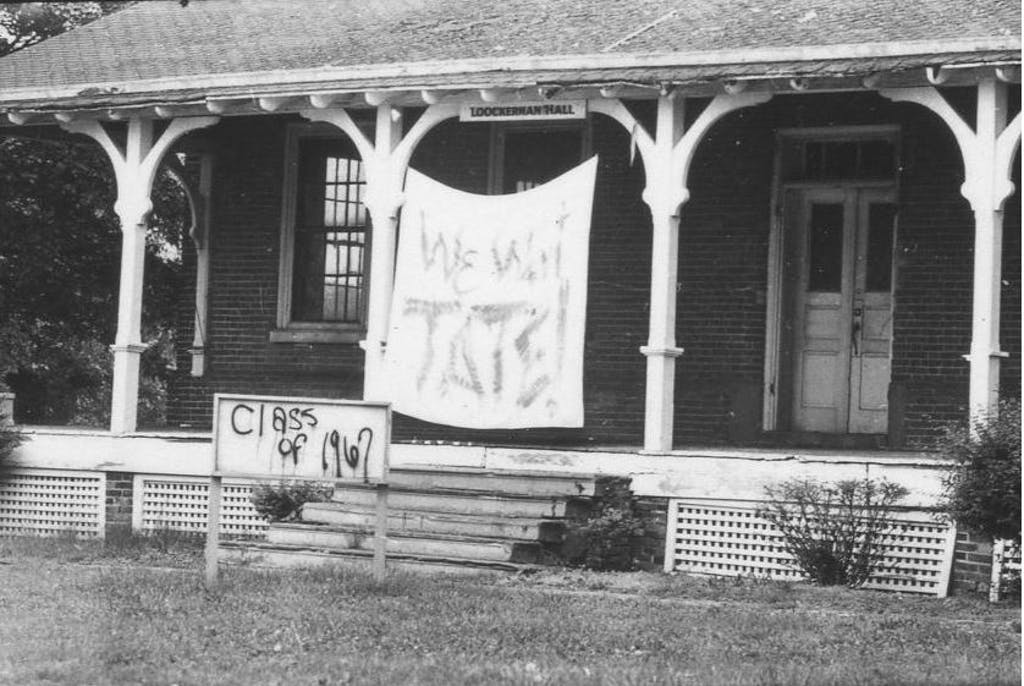 When Terry learned of a second student demonstration, he dispatched State Police and National Guardsmen from Wilmington to occupy the Dover campus. When armed officers with police dogs and soldiers descended onto the campus, the students quickly vacated the building and met with Mishoe.

Only by canceling the remainder of the semester and sending all students home could Mishoe convince Terry to remove the National Guard. Commencement also had to be canceled, but was later quietly held at Dover’s Central Middle School.

Ironically, Mishoe granted most of the student demands, and they were allowed to return to school the following fall with one exception: SGA president Leroy Tate was suspended indefinitely.  A year later, Mishoe relented, negotiating a plan that allowed Tate to complete his degree, which was awarded in 1975.

In 2003, at the dedication of the newly constructed Martin Luther King Jr. Student Center, Tate was invited back for a joyful reconciliation.