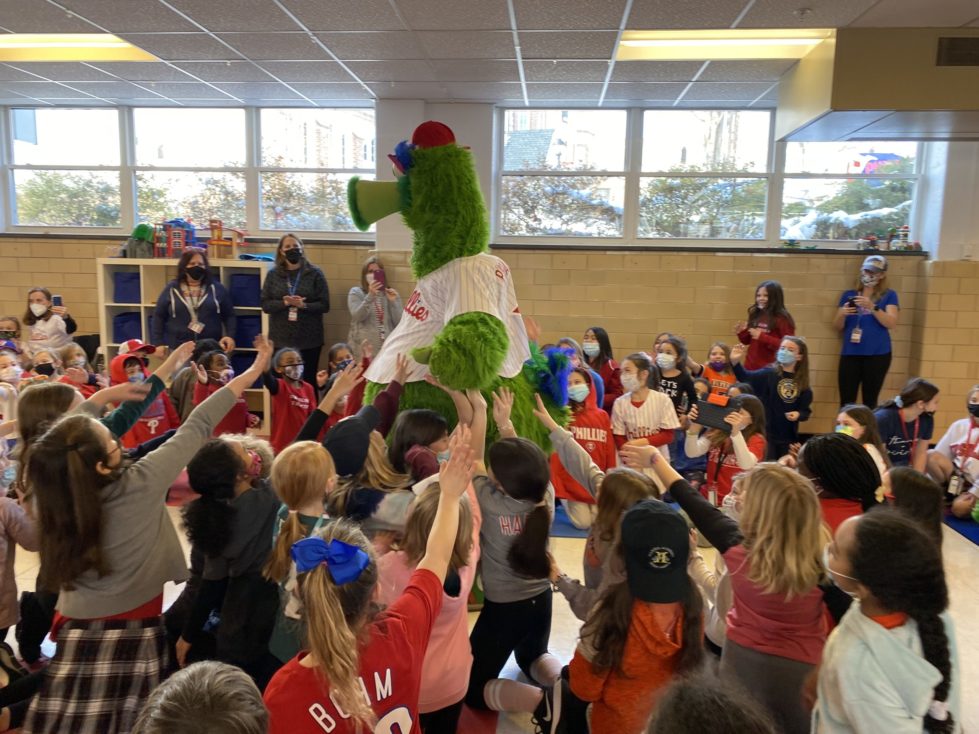 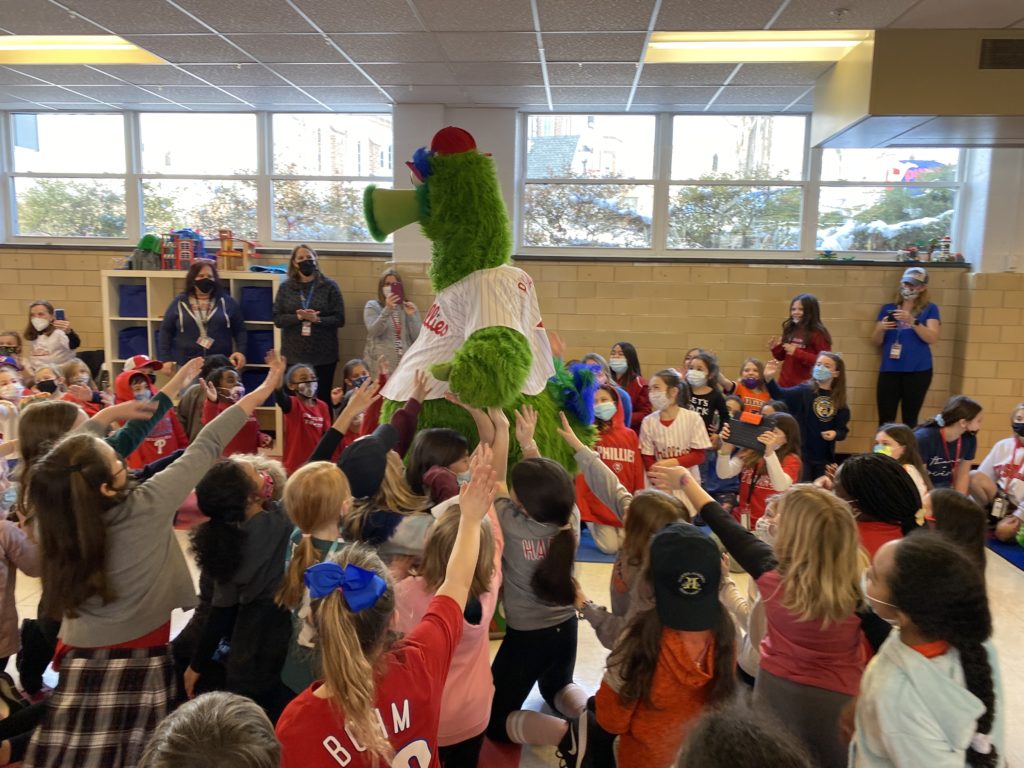 Ursuline Academy found a way to lure their youngest students away from screens during the cold, snowy month of January.

The private school in Wilmington jumped at the chance to be part of “Snow Much Reading with the Phanatic,” just one piece of the Lower School’s multi-year literacy initiative.

Principal Samantha Varano says the goal is to “reignite a love for reading and writing” with a different campaign each month.

Varano says there was a decline in students’ reading ability when Ursuline went virtual during the early stages of the pandemic.  She didn’t want to waste any time getting students back up to speed.

In the fall, the school’s “One School, One Book” initiative asked all Lower School students and their families read the same book, “The Water Horse.”

Varano says she was excited about a change of pace when the Phillies’ organization contacted the school.

Ursuline’s “Snow Much Reading” program was unveiled in early January 2022 with a billboard in the school’s lobby.

Here’s how it worked: For every 60 minutes a student spent reading, he or she  would get a snowball posted on the billboard.  Every Friday, the students would calculate how much they read on their log and submit their numbers.

Second grade teacher Jessica Persoleo says the students were excited to see their name on snowballs as they entered the building.

She knows for sure the campaign motivated her students because five of the top readers were from her classroom.

He says he comes from a family of readers, and he reads any chance he gets.  He doesn’t even mind that his parents limit his screen time.

Asked why he loves to read, Sean didn’t hesitate: “It helps our brains grow, helps us learn new words, and opens a new world of imagination.”

Persoleo says she’s always looking for ways to ignite the love of reading with her students, regularly exposing them to different genres.

She has been known to tell parents, “I don’t care if they’re reading the back of a cereal box.”

The snowballs were a motivational hit with the students, but they didn’t know there was going to be a surprise ending.

On Jan. 31, the Lower School students assembled in the school’s auditorium for a special award presentation.

Unbeknownst to them, the 300-pound, furry green Phanatic was waiting in the wings to help them celebrate the success of the reading challenge.

The festivities began with one of the teachers reading the Phanatic’s book, “Best Rain Delay Ever,” and the big guy acting it out.

Varano described  the event as “pure laughter, fun, and joy.”

She told the assembly: “Look at what your reading got you.”