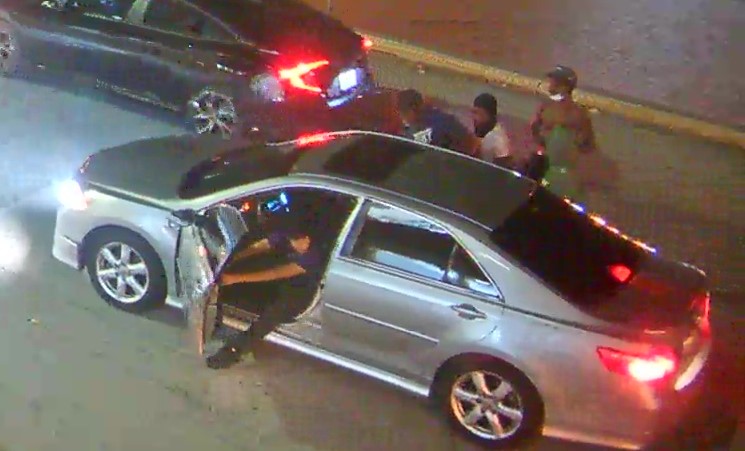 Car thieves jumped into a car that was left running in Newark last week, only to find a passenger in the back seat.

Five brazen teenagers successfully stole an idling car in Newark late Friday evening after discovering a passenger was still inside the vehicle, according to Newark Police.

The driver parked the car on Amstel Avenue near South Main Street and left it running while he went to purchase food in a nearby restaurant.

A friend of the driver was waiting in the rear seat of the vehicle when the passenger door opened. A man entered the vehicle, and the passenger quickly realized it was not his friend returning with their food.

It was one of five suspected carjackers who had arrived at the scene in a separate stolen vehicle.

Four other individuals entered the car despite the passenger’s attempts to push them away. Realizing he was outnumbered, the passenger got out.

The suspects drove off in both stolen cars, heading eastbound down Amstel Avenue.

Both stolen vehicles were abandoned and discovered over the weekend.

According to Newark Police, the suspected carjackers are described as five black males in their teens, some of whom were wearing ski masks and face coverings.

The police department is seeking information on the incident and encourages anybody with information to contact Officer Jean Almonte at (302) 366-7100 x 3481 or jalmonte@newark.de.us.

Sanford upsets No. 1 Howard with stellar defense
West Nile virus found in Delaware chickens infected by mosquitoes
Nonstop flights from Delaware to Orlando are back
99% of Delaware’s new COVID-19 cases that can be genotyped are Delta