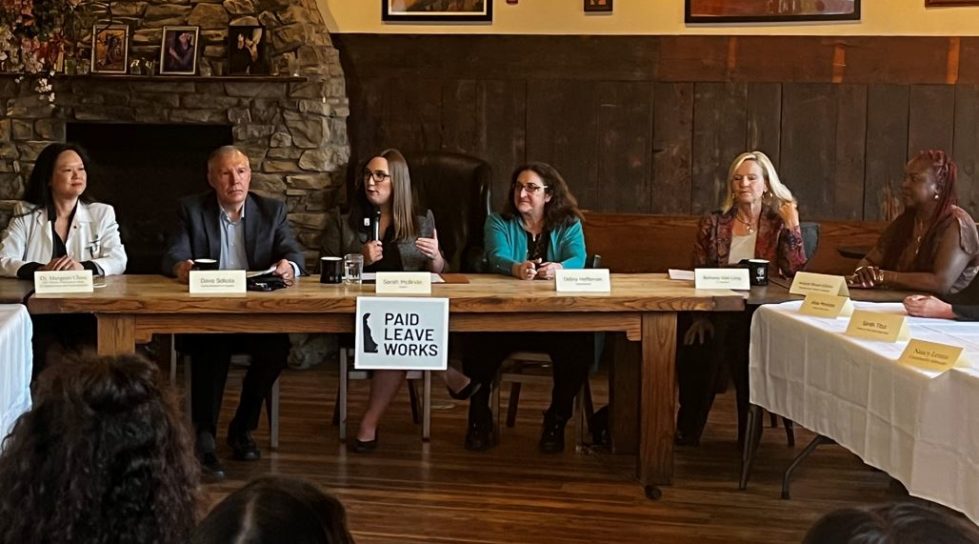 A bill to give Delaware workers up to 12 weeks of paid family and medical leave has earned the support of some lawmakers, business owners, medical professionals and nonprofit advocates.

But some business leaders fear a state-run paid leave program would be overly burdensome on already-struggling small businesses.

Senate Bill 1, sponsored by Sen. Sarah McBride, D-Wilmington, would create a statewide paid family and medical leave insurance program that workers could access for qualifying events, including addressing a serious illness, welcoming a new child or helping adjust to a recent military deployment.

Workers benefitting from the program could receive up to 80% of their average weekly wages, insofar as that amount does not exceed $900 per week.

The program would be funded with a 0.8% contribution from an employee’s weekly pay, to be split evenly between the employee and employer.

For a worker making $1,000 per week, for example, the employer and employee would each contribute $4.

McBride and others talked about the need for paid leave during a roundtable Thursday evening.

In its current form, Senate Bill 1 exempts small businesses with 20 employees or less from the employer contribution, though the employee would still have to pay their share.

That’s not enough, says Bob Older, president of the Delaware Small Business Chamber. He believes that small businesses should be entirely exempt from the law.

“They’re going to lose business,” Older said. “If a customer is used to dealing with a certain employee, and that employee is not there for a good period of time, it’s proven fact that they’re going to go somewhere else.”

Asked why that would be any different from an employee being out of work without the protections provided under Senate Bill 1, Older said, “It depends, because if it’s left to an employee and employer they might work something out, such as three weeks or four weeks — not 12 to 16 weeks.”

During an earlier interview, Older said he fears that dishonest employees could seek many periods of paid leave within a year, providing employers no recourse under the law.

Employees may not take multiple 12-week paid leave periods within a single year, she said in an interview with Delaware LIVE News/Town Square Delaware.

“Let’s say you give birth and you take 12 weeks of leave, and then within a year of giving birth, you’re diagnosed with cancer,” McBride explained. “There is an exception in the bill that if you have multiple different qualifying events across different pillars of the bill, such as parental leave and medical leave in this example, you could take a total of 16 weeks.”

After using 16 weeks of paid leave within a year, employees cannot seek further paid time off, even with a different employer. “You can’t job-hop to job-hop” hoping to claim multiple paid leave periods, she said.

The bill requires an employee to work at a company for 4 months before they are guaranteed job protections, including the promise of continued employment and company-provided insurance benefits.

“The 12-week limit (or 16-week limit across various pillars) is attached to the “covered individual” in an application year, as defined by the date of the first absence,” McBride said in an email. “It is not per employer.”

McBride said beneficiaries would need documentation from their medical provider outlining a treatment regiment to qualify, noting that medical leave claims won’t automatically be approved for a full 12 weeks.

Instead, the employee would only be authorized for leave for the amount of time they need to get treatment and reasonably recover. The average amount of medical leave taken is not the max 12 weeks — it’s closer to 6-8 based depending on the illness and treatment.

Leave could be taken in bits, specifically because some illnesses require intermittent treatments, she said.

Older was also concerned that in its current form, Senate Bill 1 fails to outline a definitive process to evaluate the truthfulness of an employee’s qualifying event, meaning that many could exploit the program.

McBride said that was incorrect. In the nine states that already have paid family and medical leave programs, there has not been a notable amount of fraud and abuse, she said. Her bill includes “some of the clearest language” relating to documentation requirements when compared against other states.

“There is extensive language within the bill — more extensive than other states — that explicitly states that there is documentation that’s necessary,” she said. “Now the Department [of Labor] will lay out exactly what documentation is required, but we include documentation from a healthcare provider as part of that when it comes to any leave related to a medical condition.”

McBride said the bill also outlines some of the strictest consequences for instances of fraud.

Still, Older feels that small businesses would suffer under the legislation.

“Yes, there’s a grant that will sort of pay for some of these things,” he said. “But there’s a cost of training somebody new, there’s a cost of them having to pay that new person, and look, there’s a difference between if this is a clerical person, or an office manager or a specialized employee, or even in the restaurant industry, a server or a bartender.”

McBride believes, however, that the law will be a boon for small businesses who might have stepped up to pay an employee’s salary while they’re out on leave and now won’t have to — and level the playing field so that small businesses can attract talent that might otherwise go to large corporations that offer private paid leave.

“Paid family medical leave policies don’t create life events,” she said. “But what they do is they keep people from leaving the workforce entirely when those life events occur because it allows them to take that temporary leave.”

Senate Bill 1 does not currently have the support of the Delaware State Chamber of Commerce or the Delaware Small Business Chamber.

Asked whether their support is essential to the bill’s passage, McBride said the chambers have been engaged in constructive and productive conversations and will continue to be.

She indicated that she anticipates introducing a substitute bill that includes changes that may come out of further conversations and negotiations with stakeholders.

Nevertheless, Older wants the bill’s sponsor to hold the legislation for a couple of years until small businesses can fully recover from the economic impacts of the pandemic.

“We don’t have a crystal ball,” Older said. “We have no clue what these next two years are going to give us. If we had one year or two years back to normal, and then introduce this bill, that might be a different story. But introducing this bill right now after the devastation that small business has gone through in the last two years is a mistake.”

But for McBride, there’s no time to wait.

“Access to this lifesaving benefit should not be a matter of luck,” she said. “It should be the law of the land.”