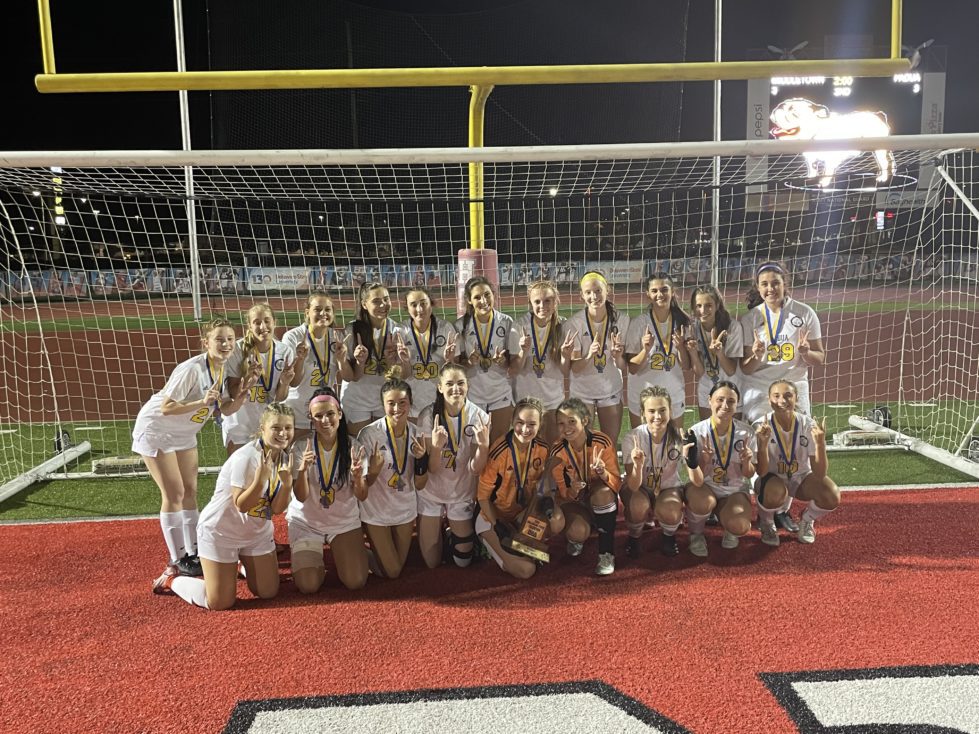 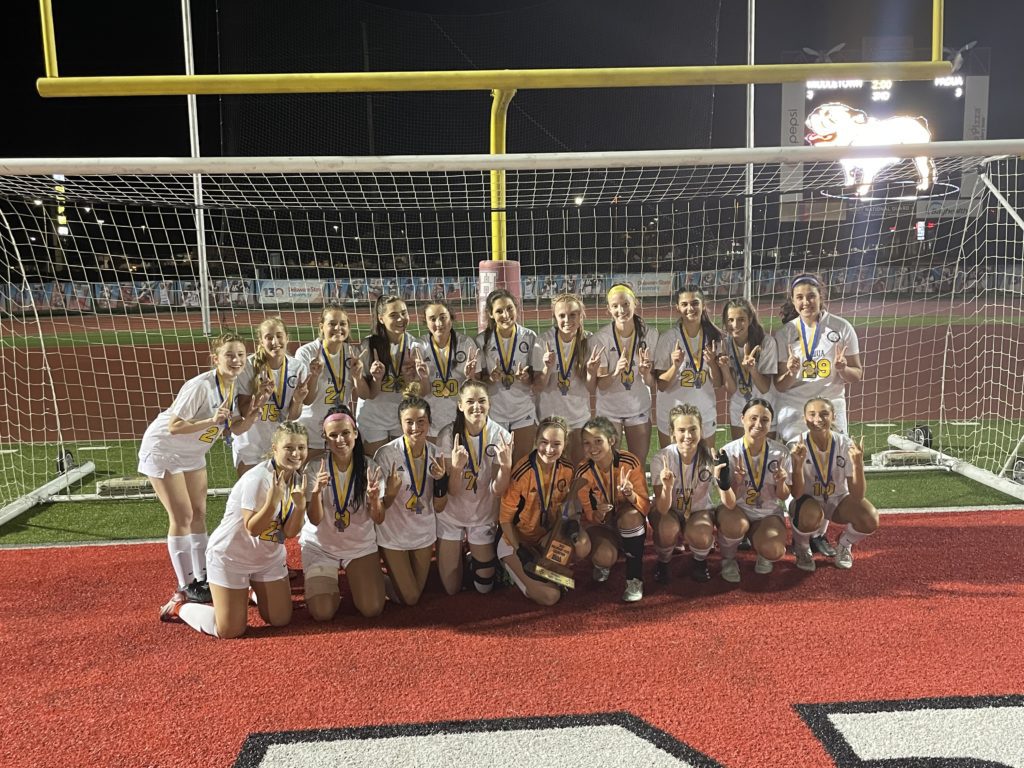 At the end of regular time the two teams were tied 3-3. Pauda got on the board first as Madelyn Galbus found the loose ball in front of the net off the corner kick 1-0. Middletown then scored the next two goals to take a 2-1 lead. Emma Minzer also found herself the lucky recipient of a loose ball in front of the Padua goal as she scored, and minutes later Rhiannon Bosco headed a ball past the Padua goalie for their second goal.

Padua was able to tie the game up at 2-2 before the half on the second goal from Galbus. Haley doughtery was able to find an open Galbus on a great crossing pass, as Galbus kicked it in the upper left hand corner of the goal.

Padua again struck first in the second half. Dougherty added another assist this time she found Maddie Moser in front of the net she settled it, then scored on a goal in the bottom left corner of the net. Middletown answered with eight minutes left in the game as Bosco scored her second goal. Bosco picked up a loose ball that got away from Padua’s goalie Claire Campbell and scored on the empty net tying the game to force overtime.

In two ten minute overtimes neither team was able to score which forced the game into penalty kicks. Each team sent five players out to take penalty shots to decide the game. Padua was leading 2-1 in penalty kicks as they sent their last player to the line Maddie Moser. Moser stepped up, set the ball on the line then proceeded to kick it past the goalkeeper to give Padua the 2022 Division I Girls soccer state championship.