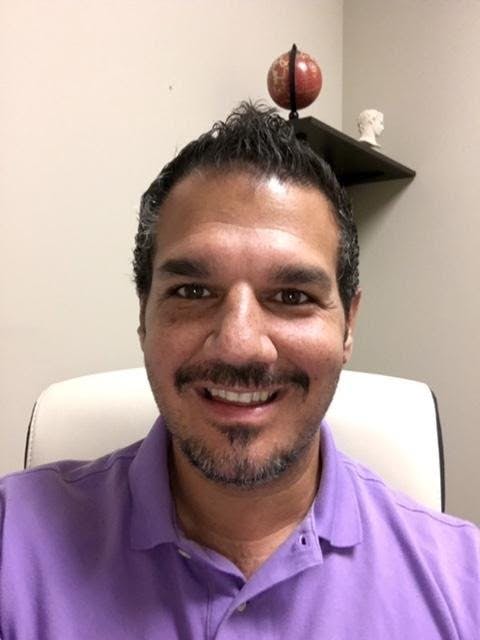 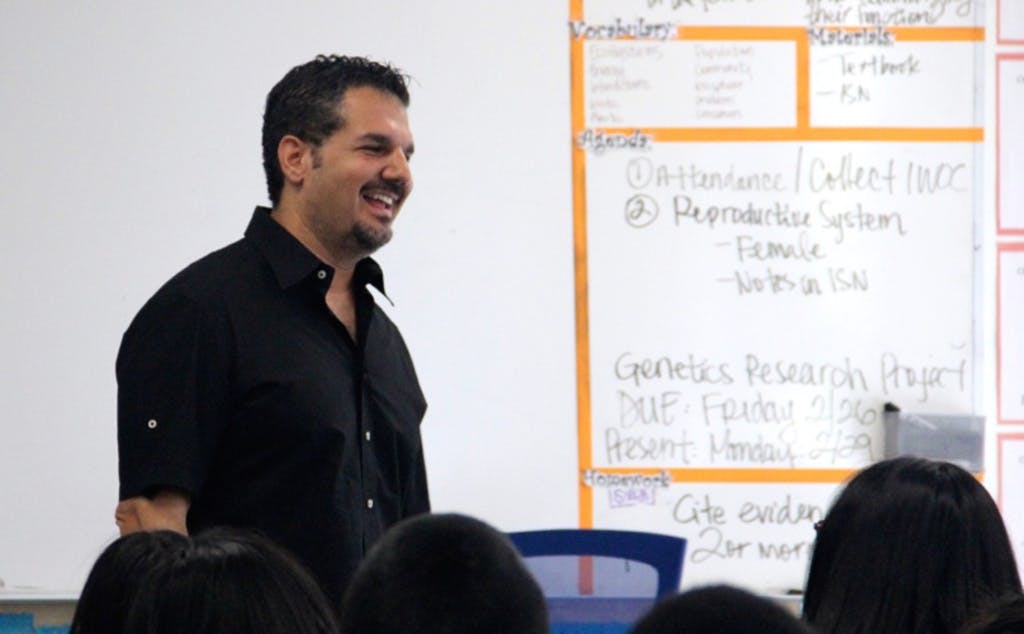 Elias Pappas is the new head of school at Odyssey Charter.

A new head of school is bringing a “much-needed set of skills” to Odyssey Charter School.

According to board president Elias Rigas, Elias Pappas’ skills include experience in a multicultural environment, grant writing and academics.

A school news release also cited Pappas’ skills as “a community consensus-builder,” which will help Odyssey rebuild its community following high-profile controversies, primarily regarding its board.

My calling is to ground us in a shared vision,” Pappas said, valuing humanity, united by community and all going for excellence in academics. “My goal is for Odyssey to become one of the top schools in the state and the nation.”

And his background in charter schools bodes well for that goal, in quickly developing operational, fiscal and academic success.

He has 24 years of experience in education, including stints teaching AP biology. His fluency in Greek meshes well with Odyssey, which opened in 2006 with an emphasis on math, Greek culture and the Greek language.

Pappas has two children, and they plan to complete their ninth and 10th grade in California. When they move east, their interest in soccer is critical, so he considering if they’ll be satisfied by participating in the club circuit and attending Odyssey or going to another school with a strong soccer program.

Odyssey, which is based just west of Wilmington, serves nearly 2,000 students from throughout New Castle County, 40% minorities and 50% low-income. It plans to open in a hybrid environment on Jan. 19.

Pappas was previously founding principal of Rise Kohyang High School, a multicultural charter school that’s part of a similar complex in Los Angeles with more than a thousand students, 90% low-income.

Through his grant writing skills, he was able to secure over $80 million for the school that he founded and has a strong understanding of budgets, finances, and facilities,” the school’s release said.

Odyssey is ramping up a capital campaign that in its first phase will add a gym and related facilities, for $3 million to $5 million, and its second phase an auditorium, for maybe $4 million to $6 million, Rigas said.

Pappas also appreciates the “breadth and holistic nature of academics” espoused by the school, Rigas said.

Pappas said he was attracted by Odyssey’s vision and mission and how well they meshed with his work in social justice and equitable access to resources. “It’s wild and unprecedented for me when these worlds collide,” he said.

Odyssey’s issues go back several years. A 2019 letter from the state Secretary of Education Susan Bunting placed Odyssey on probation and called for several corrective measures, all of which were resolved well-ahead of the June 30, 2020, deadline, Rigas said.

Odyssey was released from probation on May 28, according to the Department of Education.

Its corrective measures included expanding the board beyond the American Hellenic Educational Progressive Association and allied groups; returning more than $93,000 to the state for projects “inconsistent with the charter,” specifically an AHEPA conference and the lthaka corporation; an audit; and “a plan for how to improve communication and trust between the board and the Odyssey Charter School community, including staff and families.”

The letter followed a no-confidence vote in the board by the Odyssey Charter School Education Association (the teachers union), citing organizational and conflict-of-interest problems, Exceptionally Delaware reported in January of 2019. In June of 2019, Delaware Public Media reported “more examples of possible misuse of state funding.”

And the letter was followed in February of 2020 by a formal review by Bunting on the school’s governance.

Those issues provide important context for the quote the school included in its announcement from Katie Manley, a member of the search committee and president of the teachers’ union. “What stood out most to me was his enthusiasm about our school and his focus on ‘we’ and really working together, alongside of staff,” she said.

“I have already begun the process of improving perceived communication gaps,” Pappas said. “There will be a big focus on transparency.”