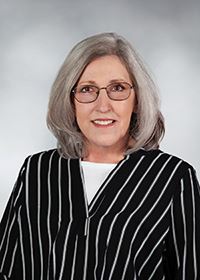 “Linda and I are in shock and devastated by the loss our friend Sharon. She was a humble and committed public servant and respected throughout Newark,” Mayor Jerry Clifton said in a statement released by the city. “I am honored to have served with her and know she will be terribly missed. My heartfelt thoughts and prayers are with Sharon’s family during their time of mourning.”

Hughes was first elected to office in April 2019 and won her second election last April. The district covers the southeastern parts of Newark.

The city will share funeral arrangements once finalized by the family.

“I believe it’s important that both the university and our city to understand that we must work together for our common good,” she told the Newark Post in 2019. “We cannot work autonomously when our shared benefit is the goal. We must work together. The truth is, we need each other.”

On LinkedIn, she said that she was a Wells Fargo mortgage consultant from 2010 to 2016.