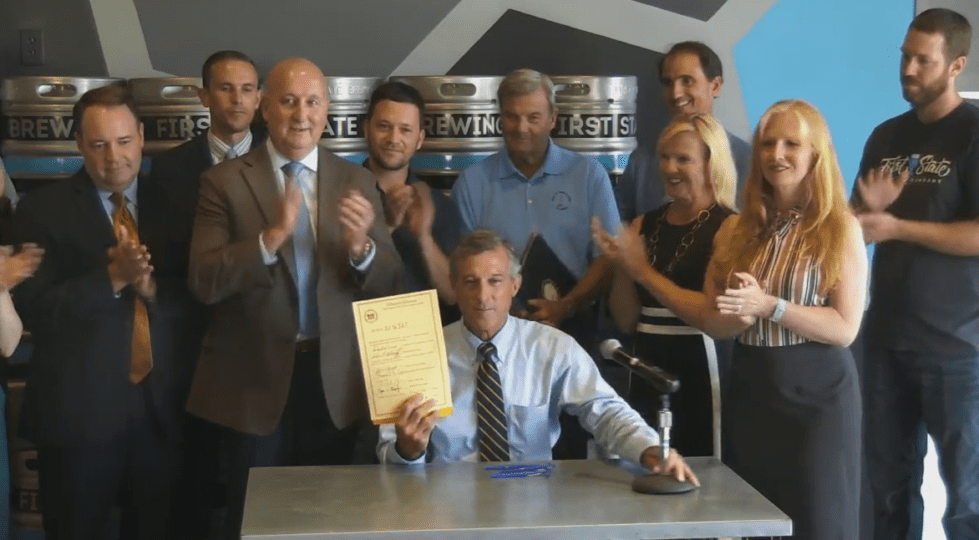 Gov. John Carney on Tuesday signed a bill that will allow state organizations to have possible commercial sites ready for quick building or move in.

Under the new law, funds would be dispersed in the form of grants aimed at incentivizing the development of commercial and industrial sites.

Sites which will qualify for assistance will need to be readily available to new businesses, established businesses that are considering moving to Delaware, or existing businesses that need additional sites to remain or expand within the State.

The site readiness fund will include $10 million in its first year, allocated by the capital budget authorized by the General Assembly in June. The record-setting budget was propped up by a surplus of over $1 billion.

“If you don’t have a site ready for a prospective employer,” Carney said, “you’re not going to get those jobs.”

Sen. Jack Walsh, D- Christiana, works in the construction industry said, “I see it day in and day out with different businesses that don’t come here because we don’t have the infrastructure in place and we’re not moving fast enough. This will help to get us there in a 6 to 12 month timeframe,” Walsh said.

The bill drew the support of Sen. Brian Pettyjohn, R-Georgetown.

Rep. Jeff Spiegelman, R- Kenton, who is a realtor, said that the site readiness fund will persuade businesses to invest in Delaware rather than moving to other states.

“Time is money. My real estate clients have contacted me with interest in properties around the state, and when I tell them that their time to get approvals before they can put a shovel in the ground is 12 to 18 months, that doesn’t make them very happy,” Spiegelman said. “In fact, it sometimes make them unhappy enough to pursue the exact same project in a state that is not Delaware.