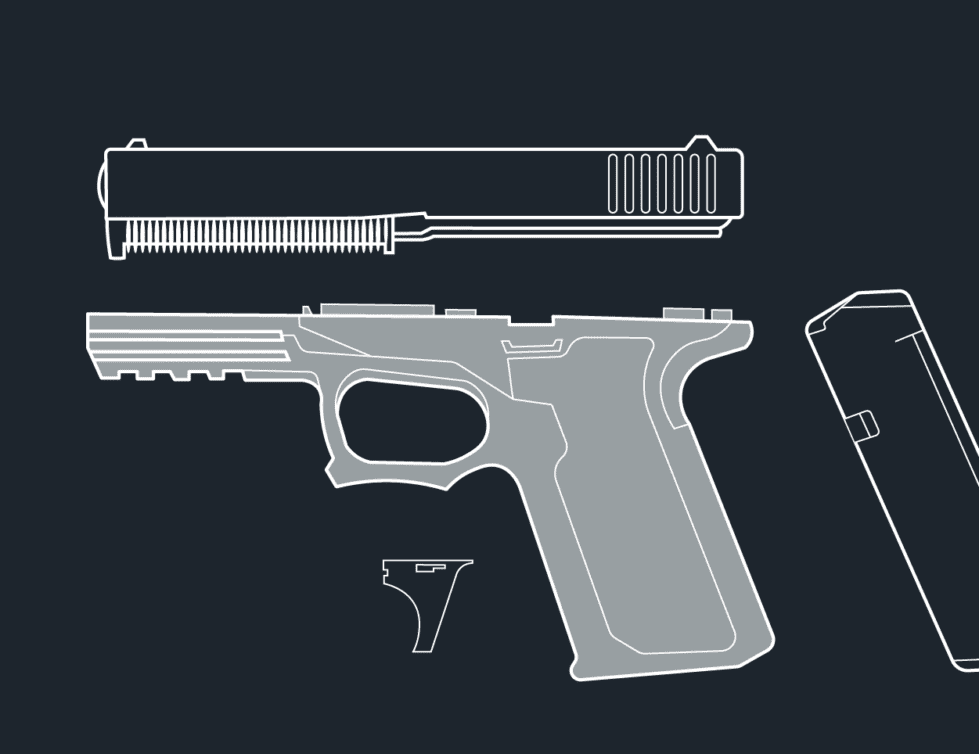 The suit alleges violations of the First Amendment right to free speech by criminalizing the sharing of information in the form of self-manufactured gun blueprints, schematics and 3D printing files. The law also violates Delawareans’ Second Amendment right to bear arms, the suit says.

“The basic right of individuals to self-manufacture arms for self-defense, along with the possession of the parts and information necessary to exercise that right, is protected by the Constitution, period,” said Adam Kraut, senior director of legal operations at the Firearms Policy Coalition, which filed the suit on behalf of Delawareans John Rigby and Alan Knight.

“Delaware’s new laws make exercising these rights a crime, which is unconstitutional and something we cannot allow to go unchallenged,” he said.

Carney and Jennings did not reply to requests for comment Wednesday.

What the law says

A ghost gun isn’t marked with an individualized serial number, either because that number has been illegally removed or because the firearm is exempt from federal laws that require those markings.

Law enforcement agencies often use those serial numbers to track guns associated with crimes back to their point of purchase or last known lawful owner.

The term most commonly describes an unmarked firearm, made by private individuals for personal use, often using prefabricated or partially unfinished firearm parts.

Under federal law, only the receiver – which houses the firing mechanism – is considered a firearm and is subject to a background check. Other components, such as the barrel, can be bought and sold without a criminal background check.

However, House Democrats allege that retailers have exploited a loophole by selling “unfinished” receivers, also known as “80%  receivers” – which don’t require a check. These receivers can be made fully functional with minimal effort.

The law, which became effective on Oct. 20, makes it illegal to:

“The State of Delaware has enacted and is enforcing an expansive and unconstitutional ban that strikes at the fundamental rights to keep and bear arms, freedom of speech, and due process,” the coalition wrote in a statement to Delaware LIVE News/Town Square Delaware.

“Moreover, the State immediately imposed criminal penalties on people who were, up to that time, engaging in perfectly lawful conduct. Imagine if the Governor had signed into law a statute that immediately made it a crime to own a home-built computer — that would be intolerable and unconstitutional, but that’s what they did as to home-built firearms in this bill. Such unconstitutional and immoral laws must always be aggressively challenged,” they said.

The complaint alleges that enforcement of House Bill 125 threatens offenders with serious criminal penalties, including incarceration and the lifetime loss of Second Amendment rights.

“Throughout American history, rich with traditions of citizens robustly exercising the cherished right to keep and bear arms, people have been free to personally manufacture, construct, and/or assemble arms for lawful purposes, including self-defense in the home,” the lawsuit reads.

Kraut said the lawsuit is aimed at protecting the right to self-manufacture firearms and argue that sharing information about how to do that is “necessary to the preservation of individual liberty.”

Mitch Denham, president of Delaware Gun Rights, said he was proud to see that coalition filed the lawsuit on behalf of Rigby and Knight.

“The plaintiffs are all members of Delaware Gun Rights which shows how much the gun community cares about the protection of our rights,” Denham said. “The Ghost Gun Bill and subsequent laws are highly flawed and created thousands of felons with the stroke of a pen for an act that has been a tenant of our nation since its inception.”

Denham said the lawsuit could set a precedent for the whole nation for the “preservation and protection of information as it relates to firearms.”

The coalition believes that governments have no constitutionally legitimate role in broadly banning self-manufacturing of arms by law-abiding people.

“Under the Constitution’s text, and as it is informed by history and tradition, Delaware’s ban laws are plainly unconstitutional,” the group said. “We believe that the law, properly applied, must result in the challenged statutes being declared unconstitutional and enjoined from enforcement. Firearms Policy Coalition will litigate this issue through any and all appeals, and petition for Supreme Court review if need be.”