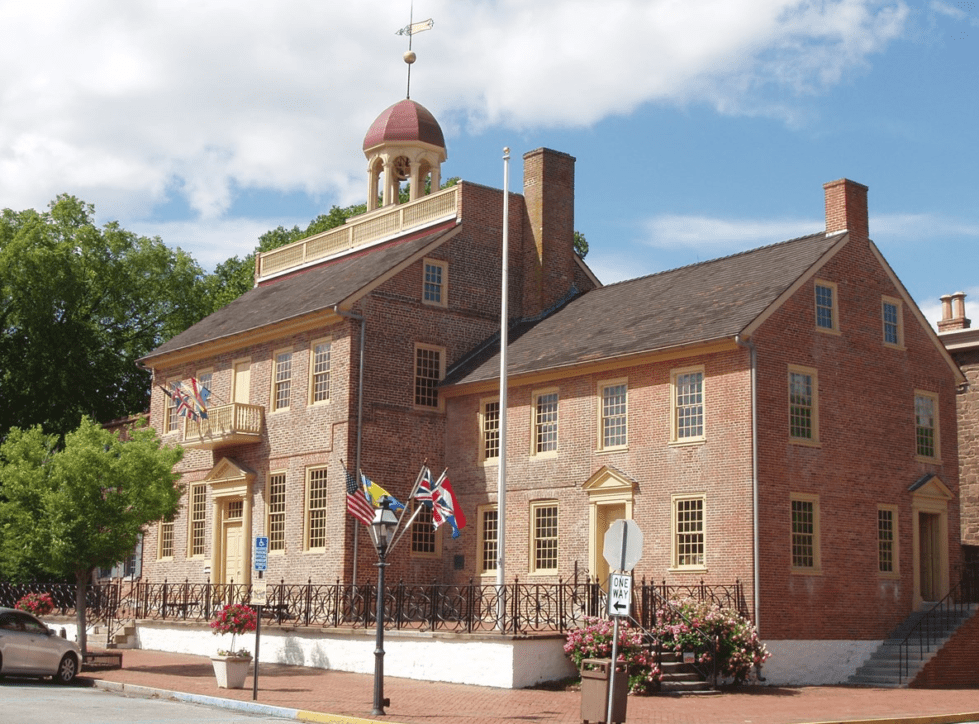 The City of New Castle will celebrate ‘William Penn Day’ this Saturday, Oct. 23 at the New Castle Court House Museum.

The event will feature a day-long series of activities to commemorate the 339th anniversary of Penn’s Oct. 27, 1682 disembarkment at New Castle, his first landing in the New World.

Constructed in 1732, the New Castle Court House is one of the oldest active court buildings in the United States and was Delaware’s first state capitol. It was at the site where the Colonial Assembly passed the 1776 Separation Resolution creating Delaware State.

During its nearly 300 years of history, the National Historic Landmark has played pivotal roles in the political, social and commercial life of both New Castle and Delaware. The museum is a partner site in the First State National Historical Park.

The museum is located at 211 Delaware Street in New Castle.

Admission for all programs is free and open to the public. For additional information, call (302) 323-4453.