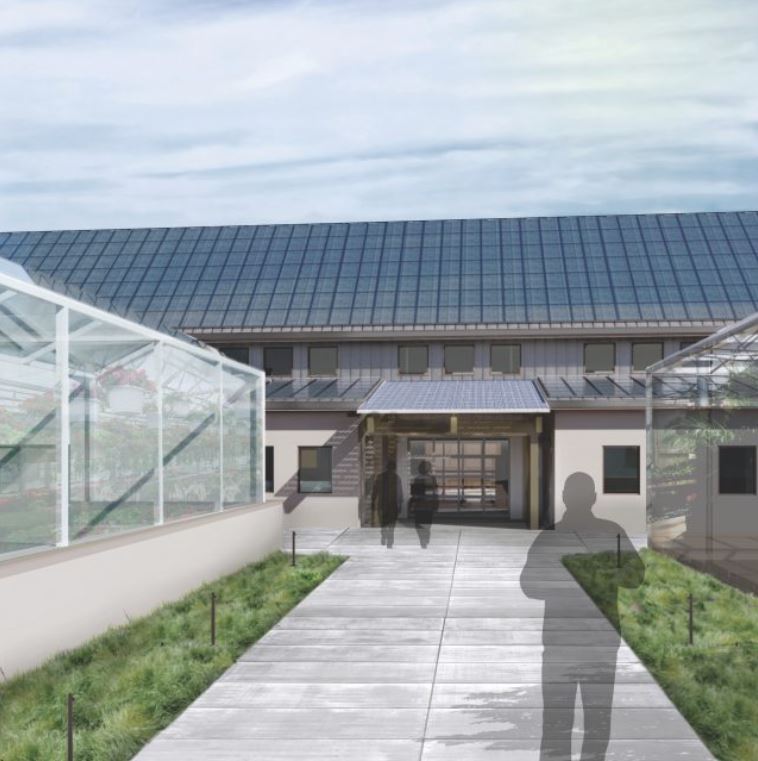 The organization plans to use the space to conduct native plant research, propagation, and production.

Mt. Cuba’s current greenhouse was completed in 1962 to produce floral plants for Pamela and Lammot du Pont Copeland’s home. In the early 2000s, the greenhouse transitioned to being used to produce native plants.

“While Mt. Cuba grows plants for its gardens, it is also involved in growing plants for other research studies and institutions,” said George Coombs, director of horticulture at Mt. Cuba. “Greenhouse technology has also changed greatly, becoming much more efficient and sustainable. New facilities will help Mt. Cuba to contribute and share knowledge with the native plant community.”

In addition to the greenhouse, construction will also begin on a new Woodland Glade garden, welcome center and guest parking lot to open in Spring 2022. Completion of the greenhouse is expected for winter 2022.

It’s the latest in a series of upgrades and redos announced by area attractions that are former du Pont estates or tied to the family. They include:

Mt. Cuba’s new greenhouse will be designed to create as much or more energy than it uses.

Mt. Cuba’s greenhouse will run primarily on renewable energy with the aim of achieving net zero energy status, meaning it will create as much energy as it uses over the course of the year.

“Picture a huge glass box that you want to keep cool in the summer and warm in the winter, and you can easily imagine why this is difficult,” said James Rockwell, greenhouse and nursery production manager. “We will use green energy sources, such as on-site solar power and geothermal heating and cooling to reach our goal of net-zero energy.”

The 7,700 square foot greenhouse and 7,600 square foot head house support building will feature a passively cooled, open roof design to provide optimal light and climate for the native plants grown in the facility. There will be five different temperature zones including 1,200 square feet of propagation space.

“As a leader in native plants, Mt. Cuba looks to make all habitats, indoors and outdoor, supportive of our ecosystem and natural resources,” Coombs said. “This helps to protect the quality of life for humans and wildlife.”

The greenhouse and support building’s orientation and roof configuration were specially designed to maximize solar production. Solar panels are expected to create enough energy to offset the buildings’ energy consumption.

In addition to the greenhouse, construction will also begin on a new Woodland Glade garden, welcome center and guest parking lot.

The organization plans to use the space to conduct native plant research, propagation, and production.

The facility will feature geothermal heating and cooling, using “the land around it like a battery to store heat removed from the buildings in the summer and borrow it back in the winter through a geothermal loop system. This will be supported by electric heat pumps, which will provide the remaining heat needed.”

Rainwater will be collected and used to water plants in the greenhouse and other plant production spaces.

“These new buildings are the first major construction projects that Mt. Cuba Center has undertaken in several years,” the organization said in a press release. “The focus on renewable energy and reduced carbon footprint can serve as a model for future construction on the property.”

Jeff Downing, Mt. Cuba’s executive director, said the emphasis on sustainability in the design and construction of the new buildings is core to its mission, noting that “climate change is possibly the single greatest threat to biodiversity and native species” in the region.

Mt. Cuba Center is the former home and family estate of Lammot du Pont Copeland and his wife, Pamela Cunningham Copeland. Copeland was the great-great-grandson of DuPont’s founder, Eleuthère Irénée du Pont, and he served as the company’s 11th president from 1962 to 1967.

The couple established the botanic gardens in an effort to inspire appreciation for the region’s native plants.