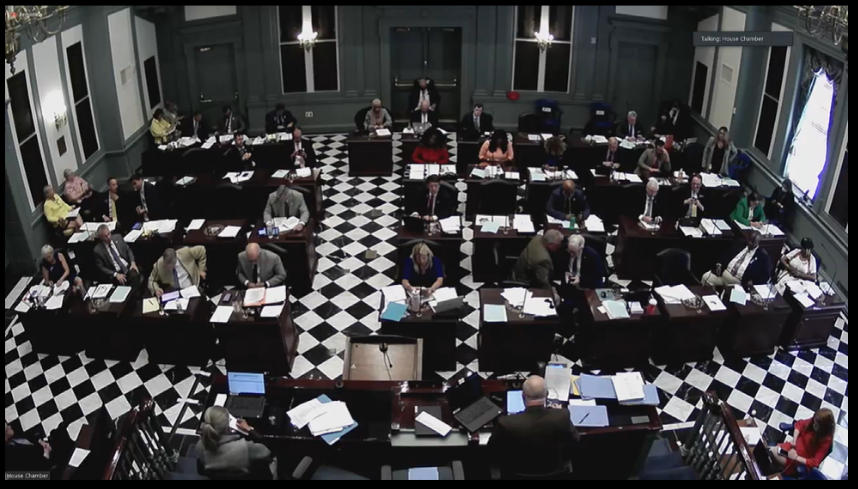 A bill that will raise Delaware’s minimum wage to $15 by Jan. 1, 2025, passed the House of Representatives Thursday, and its next stop will be Gov. John Carney’s desk.

A last-minute flurry of amendments to Senate Bill 15 that would have allowed some groups to pay less or take longer to reach the full $15 failed. Mostly, Republicans set ’em up and Democrats knocked ’em down as House sponsor Rep. Gerald Brady, D-Wilmington, declared every amendment “unfriendly.”

Senate Bill 15 came to the floor at the end of the House’s five-hour session, which started with technical issues before really getting going.

In comments before the final House vote, Republicans revisited many of the issues they had before. This time, they added that there was little information to consult about the effect of raising minimum wage, and none of it was from Delaware. Two of the failed amendments would have the controller general track results and report them.

With Democrats having a supermajority in the Senate and a majority in the House, the bill was always expected to pass. Dems argued that raising minimum wage would give people a better life, particularly women and minorities who traditionally have been paid lower wages than others.

Republicans and business advocates have said the bills will cost jobs because companies will lay off people, automate instead of hire and no longer hire teens. They also said the pandemic has undermined many businesses and they can’t afford yet-another expense.

“If there are 1,000 businesses that will lose some money,” he said, “there are tens of thousands of workers enjoying the dignity of a fairer reach where they are.”

The House also passed a bill that would require law enforcement officers and certain employees of both the Department of Correction and Department of Services for Children, Youth & Their Families to wear a body-worn camera and to use it to record their interactions with members of the public.

House Bill 195 also would instruct the Council on Police Training to create regulations and standards for the use of body-worn cameras by all law enforcement officers in Delaware.

“Body-worn cameras have the ability to be a game-changer in police-community relations. They greatly improve transparency and accountability while providing increased protection for both the police and the community,” said Rep. Sherry Dorsey Walker, D-Wilmington, who sponsored the bill. “

State to invest $110 million in expanding broadband ‘the last mile’
Feds tell Delaware it must offer school testing this spring, but offer options
Bethany Beach on track to institute fine for those who dig large holes in sand
46-foot whale stranded during low tide near Lewes