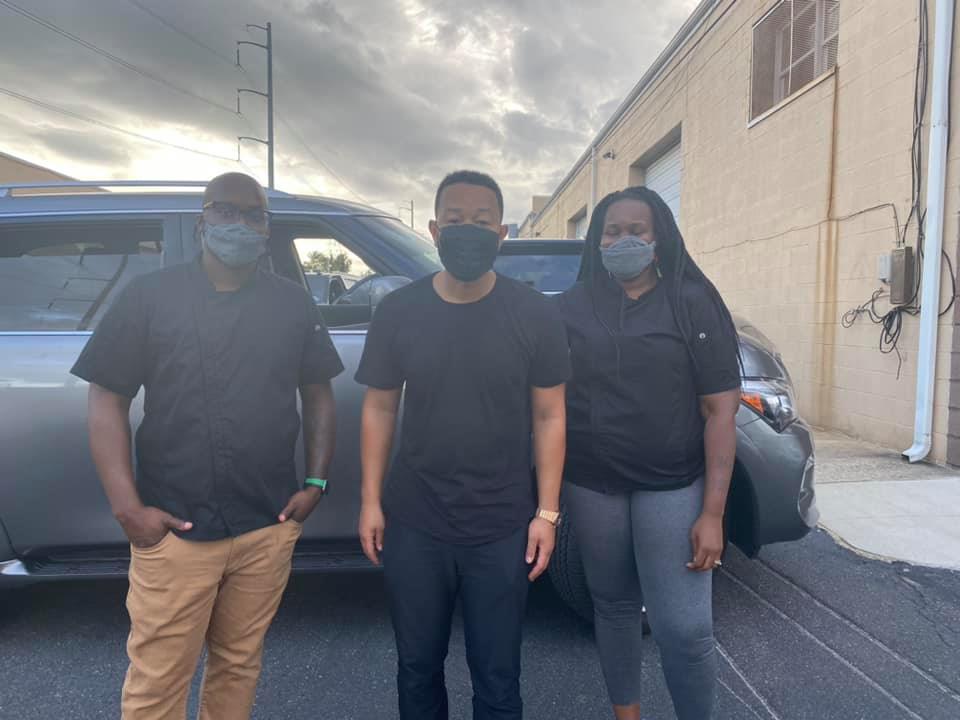 Crystal Ashby, better known to customers as Chef Cryss, said Legend’s music director lives nearby and is a regular customer. When he said he would put in a good word with Legend, Ashby and her husband, Steven, weren’t sure whether to believe it.

That changed when Ashby got a call saying Legend wanted Crystal’s Comfort Food to cater dinner Wednesday for himself, his crew and his security team at a site outside of Philadelphia.

They weren’t told the location until Tuesday night. She wasn’t allowed to say more.

“They basically ordered everything on our menu and we did about 20 of each item, so it was a huge job,” Ashby said. “But we were able to get it done.”

Ashby said that as the only cook, she puts love into every order. For this one, though, she admits she did give some special attention.

Ashby said she and her husband got a good night’s sleep before waking up early Wednesday to prepare Legend’s order. They began at 8 a.m. and brought the food around 3 p.m.

“Definitely he loved the soul rolls because it’s something he’d never heard of before,” Ashby said.

Soul rolls are a former menu item that Ashby said she’d be bringing back to the menu soon. They’re a Crystal’s Comfort Food original: egg rolls stuffed with macaroni and cheese, cabbage and yams.

Ashby hopes to hear back soon with additional feedback from Legend and his team, but she’s confident they loved all the food.

Legend left a generous tip, but Ashby said the connections and opportunities that would come out of it were “better than any tip they could have given me.”

Upcoming Masses to honor military, first responders, legal profession
Darius Brown off another committee after incident at press event
Little is being said about state redistricting, despite calls for transparency
Horseshoe Crab & Shorebird Festival back on for Saturday in Milton