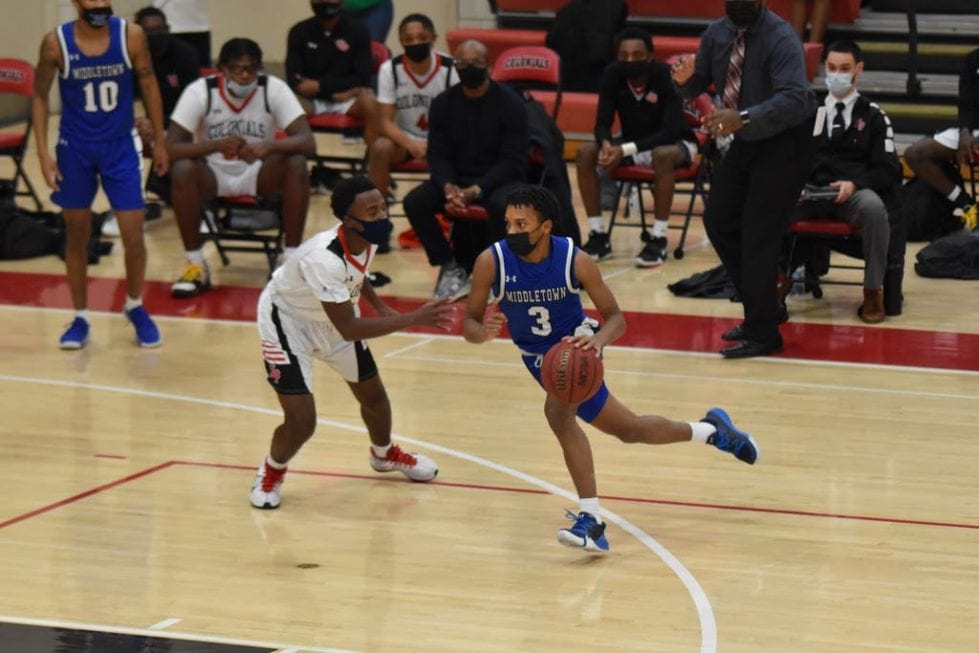 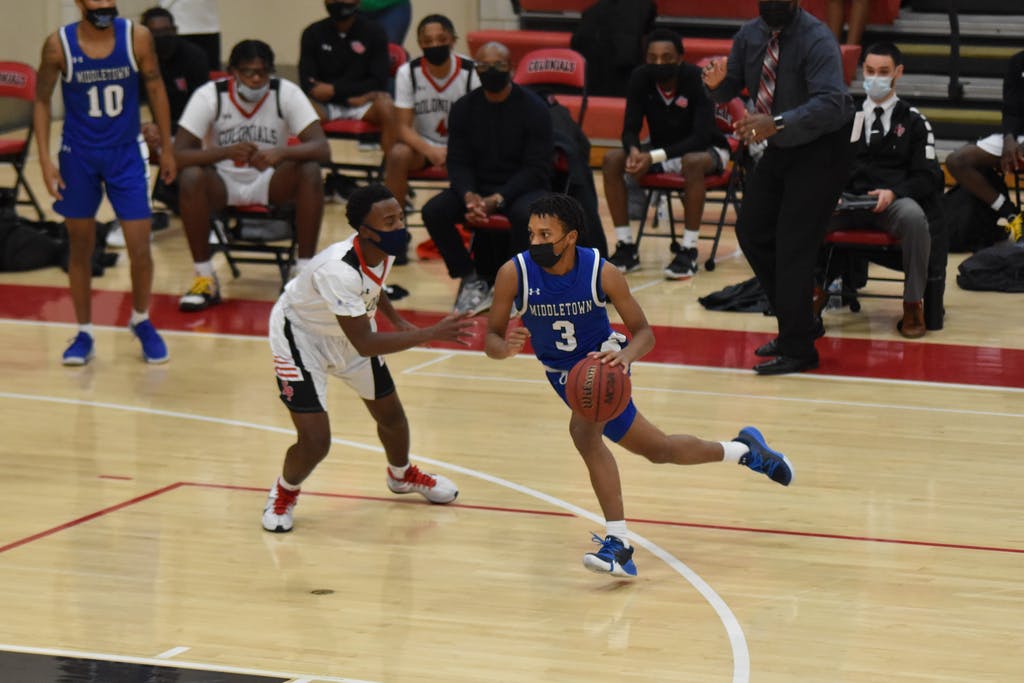 The Middletown Cavaliers dominated the game Saturday against the William Penn Colonials, winning 49-38.

Middletown took an early lead going up 5-0 with a number of offensive rebounds leading put-backs and free throws, while William Penn struggled to find any sort of rhythm offensively. The quarter ended 11-3 Cavaliers with both teams in foul trouble entering the second quarter.

The Colonials picked up the defensive intensity in the second quarter, but continued to struggle to put the ball in the basket on the offensive end.

Middletown’s halfcourt offense proved effective, extending the lead to 23-7 on solid ball movement and unselfish play. The half ended 23-7, with seven Middletown players getting on the scoresheet.

The third quarter started with William Penn scoring on its first four offensive possessions. The Cavaliers hung tough, though, as their zone press continued to speed up the pace of the game.

That weighed heavily in Middletown’s favor as their ability to finish around the basket with an occasional three-point goal kept the lead in double digits for most of the third quarter, which ended 37-23 Middletown.

The fourth quarter saw much of same as Middletown’s Coach Azeez Ali continued making wholesale substitutions changing as many as five players at a time with little to no drop off in intensity and results.

William Penn tried to keep the game closer, knocking down a number of three-point shots, but the Cavaliers would always answer back, knocking down high percentage shots after running a little time off the clock on each possession.

Middletown never allowed the Colonials closer than nine in the quarter.

Ja’Bree Pitts led the Cavaliers with 12 points and was the only player to score in double figures.