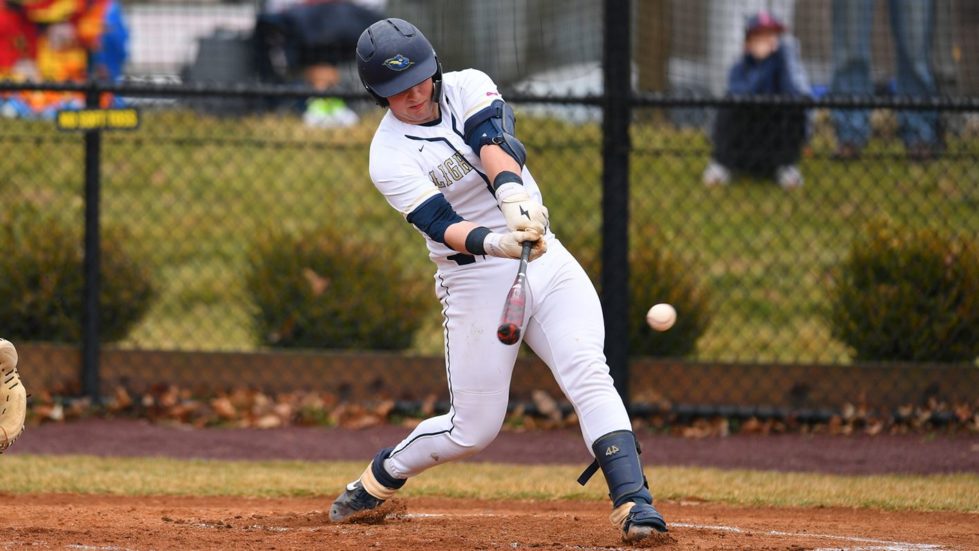 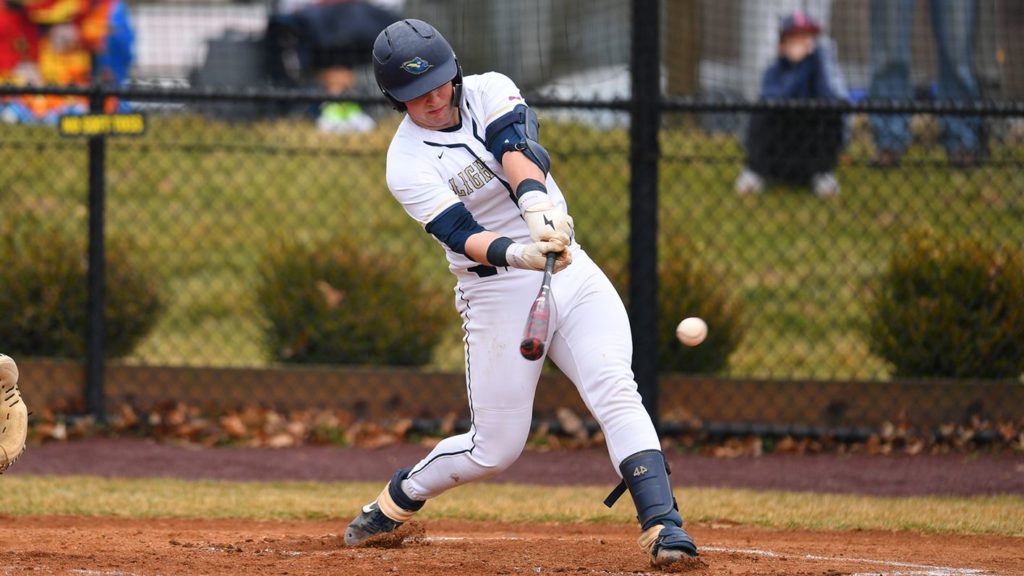 Goldey-Beacom junior catcher Marshall Awtry (Hockessin, DE), who has been one of the area’s most dominant baseball players both from an offensive and defensive standpoint, was named the Central Atlantic Collegiate Conference Player of the Year as part of five yearly awards for the team.

The importance of Awtry in all facets of the game can not be overstated.  His has come through with many clutch hits for one of the area’s top programs and his defense is beyond vital whether with his throws to second or his numerous pickoffs at first base that have erased late-inning runners.

Awtry is 59th in the country and first in the CACC with a school-record 14 home runs, fourth in the CACC with 48 RBI, fifth with 64 hits, sixth with 14 doubles, eighth with a .656 slugging percentage, 12th with a .350 batting average and 19th with a .431 on-base percentage.  His 23-game hitting streak earlier this season is a new school record, breaking the old mark of 16.

Maxwell continues to be a beyond gifted athlete who makes the game seem so simple with his hitting that both is powerful and picturesque and his fielding that both is eye-opening and effortless.  A mainstay in the GBC lineup as Mr. Reliable, Maxwell last season also was picked second team American Baseball Coaches Association All-East Region.

Musey stepped into the role as first baseman last year and has not relinquished, displaying a tremendous amount of offensive power and continuing to be one of the area’s most feared hitters.  Picked second team National Coaches Baseball Writers Association All-East Region a season ago, Musey’s presence has helped solidify one of the area’s top infields both from an offensive and defensive standpoint.

Guerrieri has been one of the staff’s top hurlers for many years, providing numerous outings in which he goes deep into the contest and provides little work for the bullpen.  That durability enabled him to toss three complete games this season, bumping his career school-record total to nine.

Guerrieri is second in the league with a school-record six wins, first with 13 starts, second in complete games and fourth with 63 2/3 innings.  He also went on an impressive five-game run from March 18-April 15 in which he went 4-0, allowing just three earned runs over 29 innings.

Kolmansberger took over the role at second base during the season and the move has beyond paid off with his clutch hitting and fluid defense, teaming with Maxwell as one of the area’s top pair of middle infields.

Goldey-Beacom (27-25, 18-6 CACC) has put forth yet another strong campaign in which it broke the school record for most wins and had a team-high 16-game home winning streak entering the CACC Tournament.  GBC was ranked ninth in both the NCAA East Region Rankings and the National Collegiate Baseball Writers Association East Region Poll entering the week.

In its just its sixth season and fifth non-Covid campaign, GBC advanced to the CACC Tournament for the third time and this year ended second in the competitive South Division.  This came one year after the squad played in the NCAA Tournament for the first time.