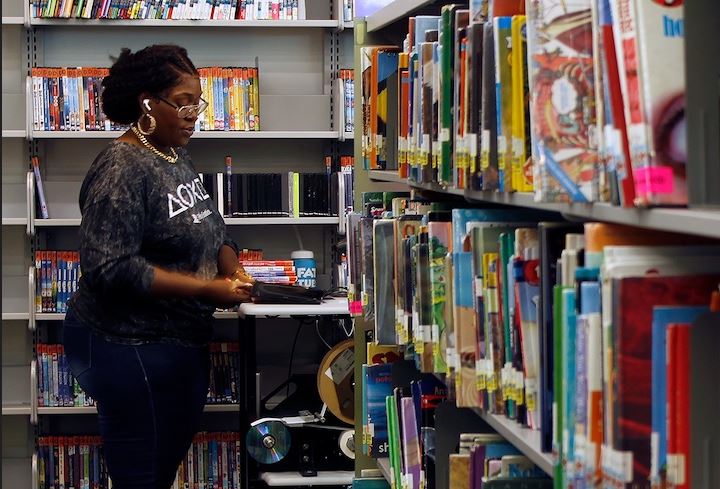 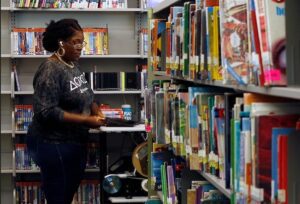 EACH ITEM MUST BE SCANNED BEFORE THE RFID TAGS ARE INSTALLED. (COURTESY OF DELAWARE DIVISION OF LIBRARIES)

Delaware’s libraries are investing in tech that allows patrons to check out their own items – and also lets staff members do some nifty things behind the scenes.

Testing started this spring at 14 libraries and two bookmobiles.

A second stage, launching in September, will include the first school libraries, in the Colonial School District, and bring the technology to every public library in New Castle County.

More than 70 libraries across the state belong to a consortium that shares a catalog and shares in technology like this project, which uses radio frequency identification.

The RFID system has two parts: readers and tags. Readers send out radio waves to the tags, which feature what Hughes nicknamed “a racetrack of wires” that send a signal back.

The division figured it needed 814,437 tags for the first phase (it ordered more, to allow for incoming acquisitions) and 940,871 for the second (ditto). The tags identify each title, plus their type (book or something else) and whether they can be circulated or not.

About half the members in the consortium are public libraries. Others include schools, historical societies, museums, colleges and specialized libraries. Not all the libraries have yet decided to participate, Hughes said.

The ability for patrons to check out items is an secondary feature of the project, she said.

A big plus will be to allow circulation desk staffers to check out books and other items more quickly in groups, rather than individually shuffling them to align each bar code with the existing scanner. 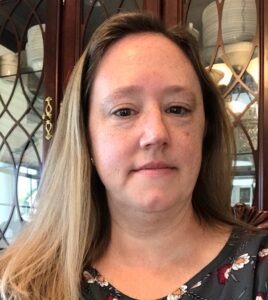 Another plus involves collections management. One feature that the state wants to have involves what Hughes called “inventory wands.” They would allow librarians to walk down the stacks, point their wands and find items that are supposedly checked out or missing from the catalog.

The system could be scaled up to automate checking in items left in book drops, she said.

Such automation is not expected to affect staffing. “We don’t anticipate any reduction in staffing or hours,” Hughes said.

And here’s another thing not happening: “Libraries do not have security gates at the entrance/exit doors, so if an un-checked item is taken out of the building, here is no notification beep,” Hughes said.

RFID technology dates back to the 1990s, and the American Library Association has concluded it could “automate library circulation, inventory management and security control,” thus “increasing the efficiency of library transactions, reducing workplace injuries and improving services to library users.”

The benefits are “enormous,” the association says, but privacy risks are also a concern, so in 2005 it passed a resolution calling for libraries using the technology to maintain privacy.