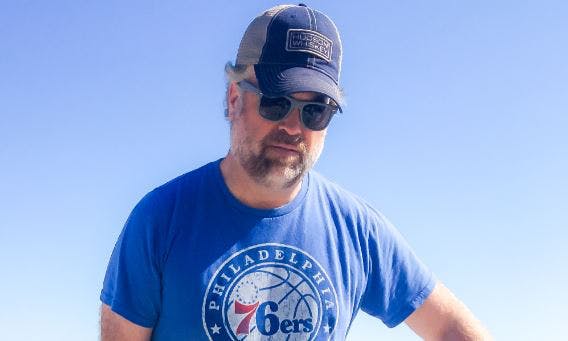 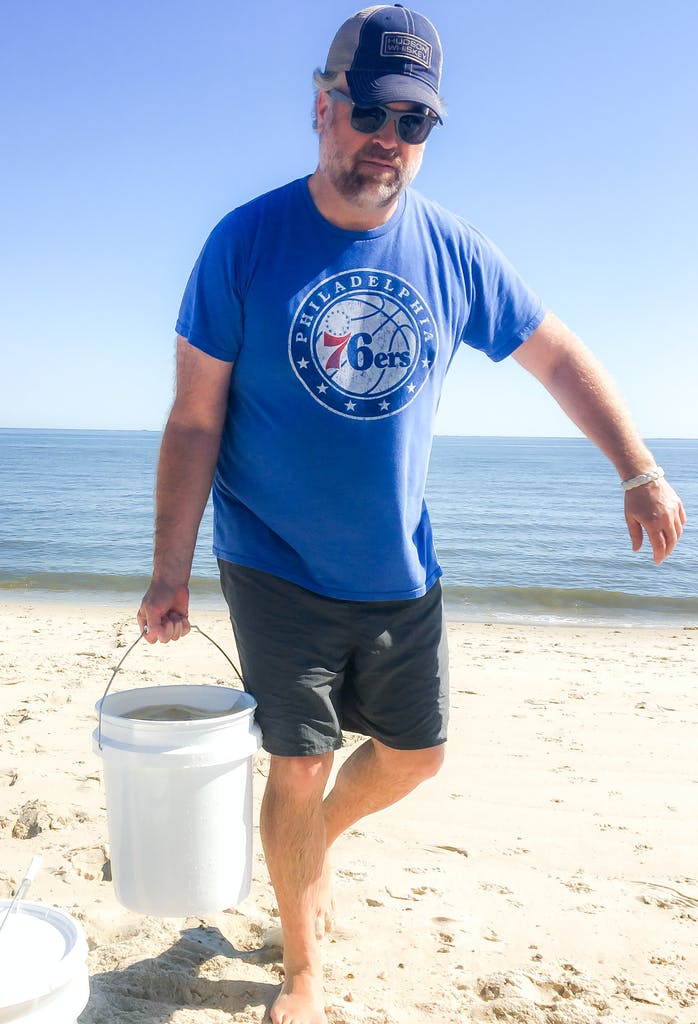 When people think of salt, they usually think of little crystals they shake out of the container sitting on their kitchen table.

Dave Burris thinks they should be thinking of the sea.

His product, which in addition to regular salt includes salt blends such as fennel thyme, Sazon and Hatch Green Chile, is more of a gourmet experience than just a simple add on to popcorn, although many customers do say they use it there.

“It’s become a staple at our house,” said Catrina Jefferson of Middletown, who said she uses it on everything — fish, eggs, chicken, Brussel sprouts, cauliflower, and yes, even popcorn. She said it has a subtle flavor.

Another of his clients describes the taste as that first wave that wiped him out as a kid.

It’s the taste of the ocean, said Burris.

The whole idea started as a bit of a lark.

“I saw something on the Internet [about people harvesting salt] and I was like, ‘I have salt water,’” said Burris, a former restauranteur who’s always looking for a new taste.  He made his first batch using a gallon of water he dipped off the shores of Lewes beach. “It was not good.”

It inspired him, though, to keep trying. He’s spent nearly the last 10 years perfecting his process.

He hand collects the water, filters it, then hard boils it for eight to 10 hours to create a mineral rich brine. That brine is then left to rest and evaporate until large flakes of salt form, float to the top and then sink to the bottom.

The last step is to put the still wet salt through a slow dehydration process. The production takes at least three days before inspection and packaging. He can get up to three ounces of salt from one gallon of water.

It was just a hobby. He would make small batches and give them as presents to friends and family. Eventually, people started asking for them.

With a little research, Burris found other artisanal salt makers and decided it might be a business.

“I started very small. I didn’t know if people would buy it,” he said.

He opened his first sale in early autumn 2020 and sold out completely. One ounce packets cost $4 plus shipping.

Then the oil spill happened on Delaware Bay in October, just as he was gearing up for Christmas sales. 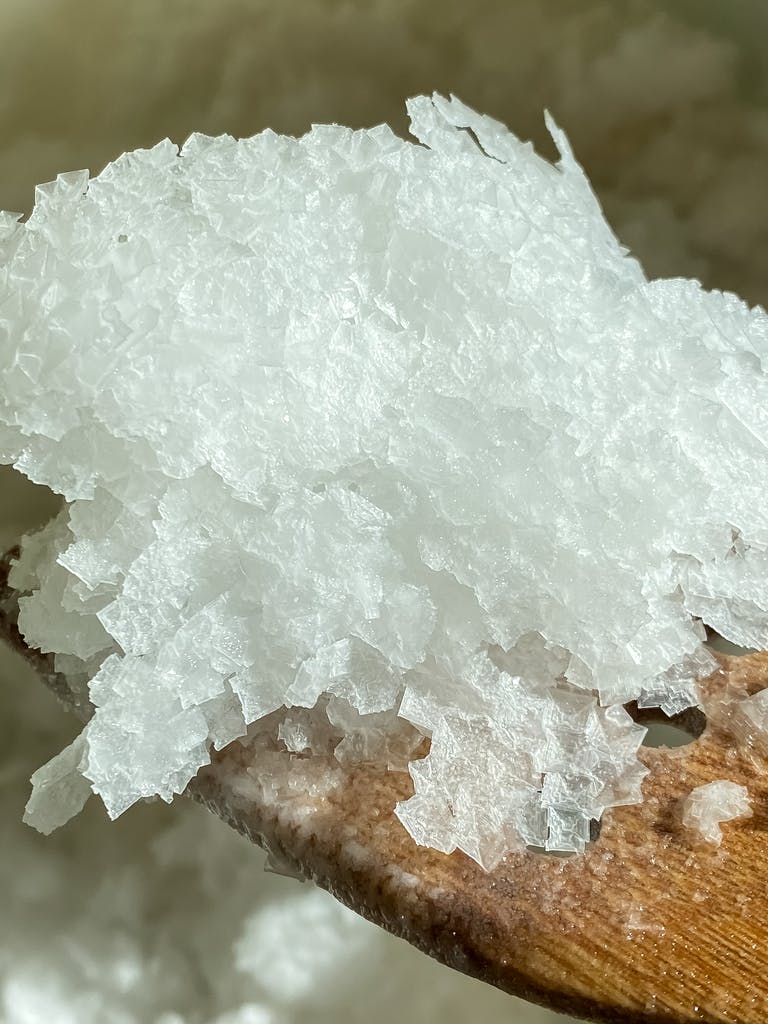 A mound of Henlopen Sea Salt

While there was never any don’t swim or don’t fish orders, Burris took a cautious approach and waited four weeks before trying to harvest any new salt. His first batch after a month turned the filter black, a week later the filter was clean, but the water turned black in the boil.

“If there’s any oil in the water, salt will tell you,” he said.

In total it was 35 days before his first clean harvest. He now has a lab test the water every few weeks for heavy metals and pesticides. His salt is clean.

With no advertising, he’s sold out with the last two sales he opened up with salt going to states all over the country. He’s already looking to expand production as he’s having trouble keeping up with demand from the retail, restaurant and wholesale markets. People recently started buying for Mother’s Day presents, he said.

It’s a neat way for people to connect to the area or remember vacations at the beach, said Burris.

He’s also collaborating with other local businesses to create new ways to use the salt, like in a Swell Joe coffee and sea salt chocolate bar to benefit the Surf Gimp Foundation. There are also plans for a beer collaboration and a salty bar of soap.

“This is the right time,” said Burris, who quit his job working in the Delaware Senate to start Henlopen Sea Salt.

The local food production market has never been more popular, he said.

“This is a hyper-natural product.”

For more information on Henlopen Sea Salt, the production and different flavors, go to henlopenseasalt.com.