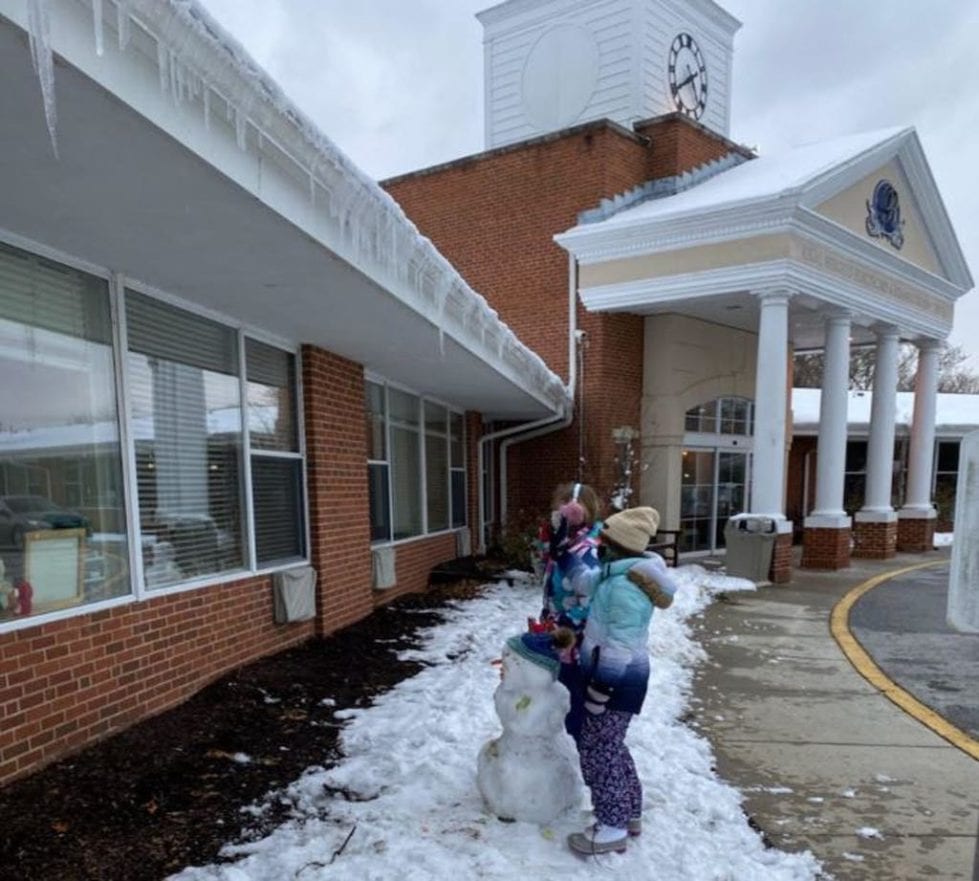 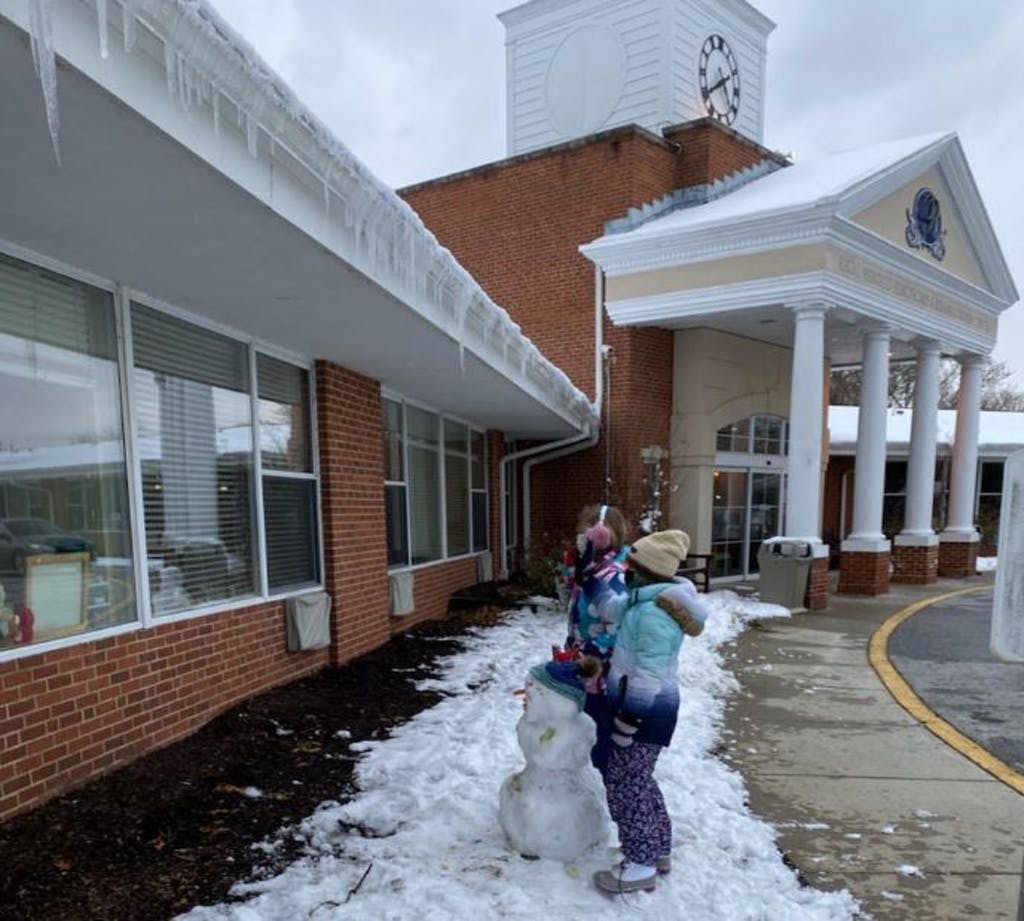 With snow coming down for three days, a simple question appeared on social media Tuesday.

“Do you wanna build a snowman … for nursing home residents?”

“Yes!” was the resounding answer from several kids and their parents as they responded to a social media post by Tessa Bosch of Hockessin, who lives near Regal Heights Nursing Home on Lancaster Pike and made that her first choice for the day’s uplifting activity.

Bosch saw the snowman idea circulating on Facebook: “If people with kids want something fun and kindhearted to do, go to a nursing home and build snowmen in front of the residents windows. They would love to see the kids and would love the snowmen.”

“I thought it was a great idea so I put it into action,” said Bosch. “In these challenging times, the small things matter, like building a snowman for a smile.”

Regal Heights staff and patients were thrilled with the snowy good deed.

“Seeing local children and families playing in the snow provided a delightful surprise for our residents,” said Michael P. McClatchy, administrator of Regal Heights Healthcare & Rehabilitation Center. “The snowmen may be temporary, but the kids’ act of kindness shows the warmth and compassion the Hockessin community has for its neighbors.

“The sentiment is always welcome, though it is especially appreciated now as visitation at Regal Heights remains limited for the health and safety of our residents and the surrounding community.” 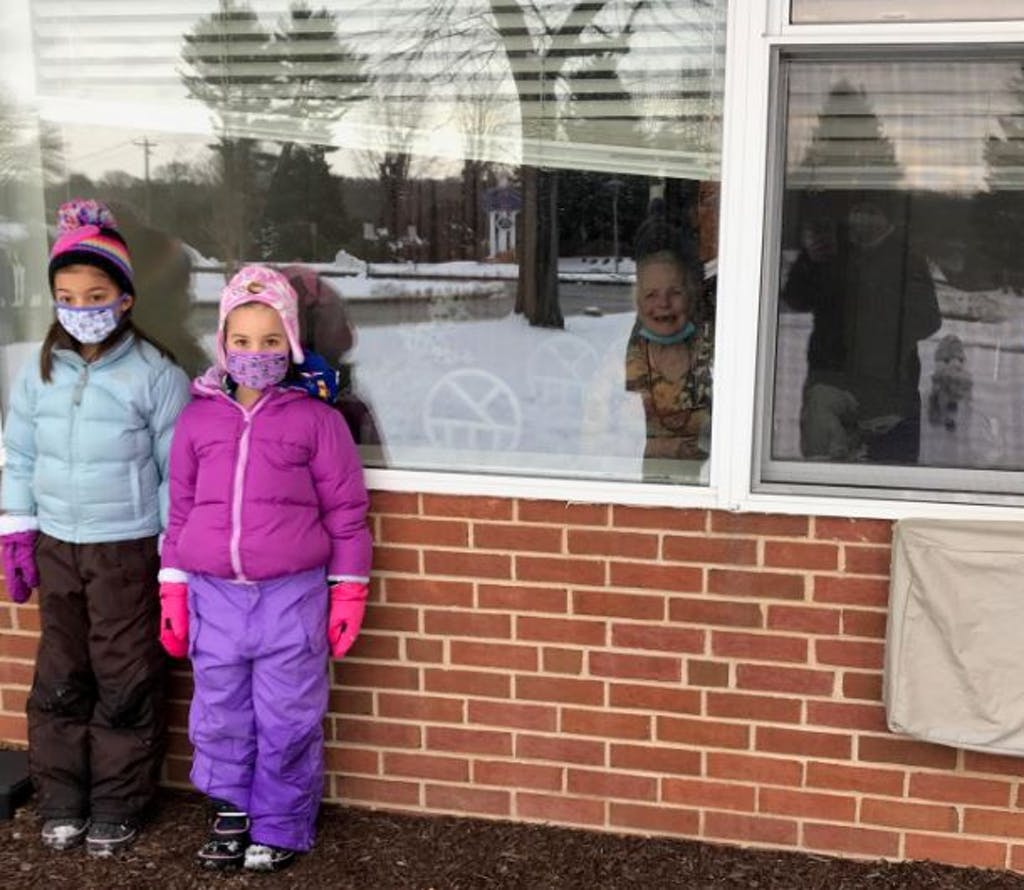 The smile on the resident in the window leaves no doubt they enjoyed watching the kids build snowmen.

Jenny Howard of Wilmington and her three kids — Gianna, 7, Jillian, 5 and Carmella, 3 —  didn’t hesitate to grab their mittens and go.

“While we were there, a lot of the staff thanked the kids and told them how much the residents loved it,” she said.

Howard’s daughter Gianna, 7, made a giant ice cream cone for the residents to see and said it was fun and felt good to help brighten the days of the elderly.

“They were watching us and waving,” she said.

But the best part of the day came for Gianna’s mom when, as she was loading her kids to go home, a woman who worked at Regal Heights rolled her window down to say, “I’m sitting here crying happy tears – this is really touching.”

The generosity of the day didn’t end with the snowman builders.

“A man came while we were there and donated a box of new hats, gloves and scarves to be used,” said Taresa Schmidt, whose grandmother is a resident at Regal Heights.

Schmidt and her three kids —  Ryan,11, Amelia, 8 and Aaron 6 — built a half-dozen snowmen in the courtyard outside the dementia unit. 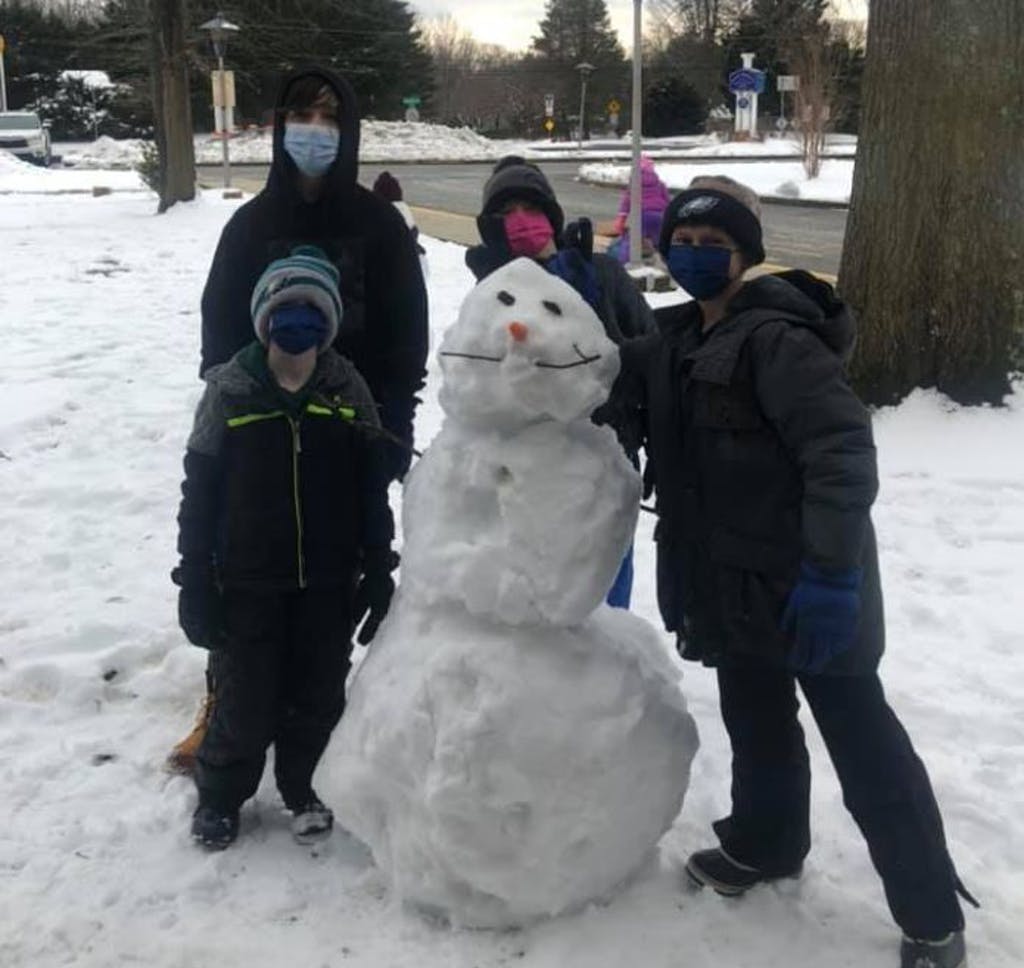 The staff “opened up the curtains and sat the residents in the unit in chairs to watch us,” she said. “My children enjoyed building, but really loved waving to all the residents and making them laugh.”

For Veronica Macielag, the experience meant something to her both personally and professionally. The hospice homecare nurse takes care of patients with COVID-19 and has seen patients and their families struggle with the no-visitors rule.

“I cannot imagine having a loved one in a nursing home right now,” she said.

The snowman-building afternoon was the “perfect opportunity to grab every kid in my neighborhood that I could” and head over to the nursing home, she said.

“What a heartwarming experience this was for all of us!” Macielag said.

Christina Baldwin, and her two daughters, Ava, 7 and Sophia, 5,  had such a great time, “Ava said she can’t wait for it snow again so she can bring joy to the people living at Regal Heights.”

Talking to Regal Heights residents through the window are, from left, Hunter Teague, Dominic Macielag and Leander Teague

These three answered the call Tuesday for kids to build snowmen for a Hockessin nursing home. Photo by Ashley Sokira

Snowmen popped up all over the snowy lawn of Regal Heights Nursing Home Tuesday.

A bigger-than-life snowman was among those who visited Regal Heights Nursing Home residents Tuesday.