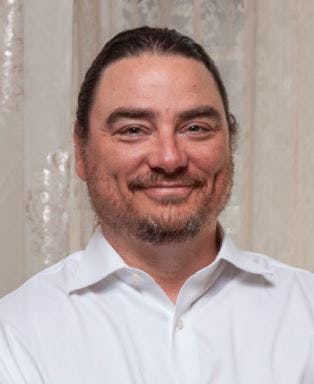 Delaware LIVE’s owner has been elected to serve on the board of one of the nation’s largest higher-education accreditation organizations.

Chris L. Kenny, who also owns A Better Delaware, will serve for three years as a public member on the Middle States Commission on Higher Education’s board of commissioners.

Middle States is a non-governmental organization tasked with issuing accreditation to colleges and universities in Delaware, the District of Columbia, Maryland, New Jersey, New York, Pennsylvania, Puerto Rico and the U.S. Virgin Islands.

“I am extremely honored to accept a commissioner position on the Middle States Commission on Higher Education,” Kenny said. “I look forward to being a part of this historic institution and their mission to assure students and the public of the educational quality of higher education and to ensure institutional accountability, self-appraisal, improvement and innovation through peer review and the rigorous application of standards.”

Kenny is a lawyer and the CEO of Delaware Supermarkets Inc., which owns and operates six ShopRite supermarkets in Delaware. The company, which has been in business for over 25 years, generates $300 million in annual revenue and employs over 1,000 associates.

Kenny also is a Board Leadership Fellow with the National Association of Corporate Directors; president of the St. Thomas More Society of the Catholic Diocese of Wilmington; founder and inaugural chair of the Delaware Society, an affinity club with the Union League of Philadelphia; and a former member of the Goodwill of Delaware & Delaware County Board of Directors and the Valley Forge Military Academy Board of Trustees.

Kenny called his election to the board of commissioners an opportunity to “give back to an organization that has facilitated my continued education over the years.”

In a press release issued by Middle States, the organization said, “As current and former board member for over a dozen non-profits, Kenny offers unique insights into business, entrepreneurship, the food industry, Delaware issues and the state’s community.”

Also joining the Board of Commissioners are New York accountant John P. Schiavone of Lumsden & McCormick, and George J. Sullivan, who is the head of enterprise services at Qualtrics in Washington, D.C.