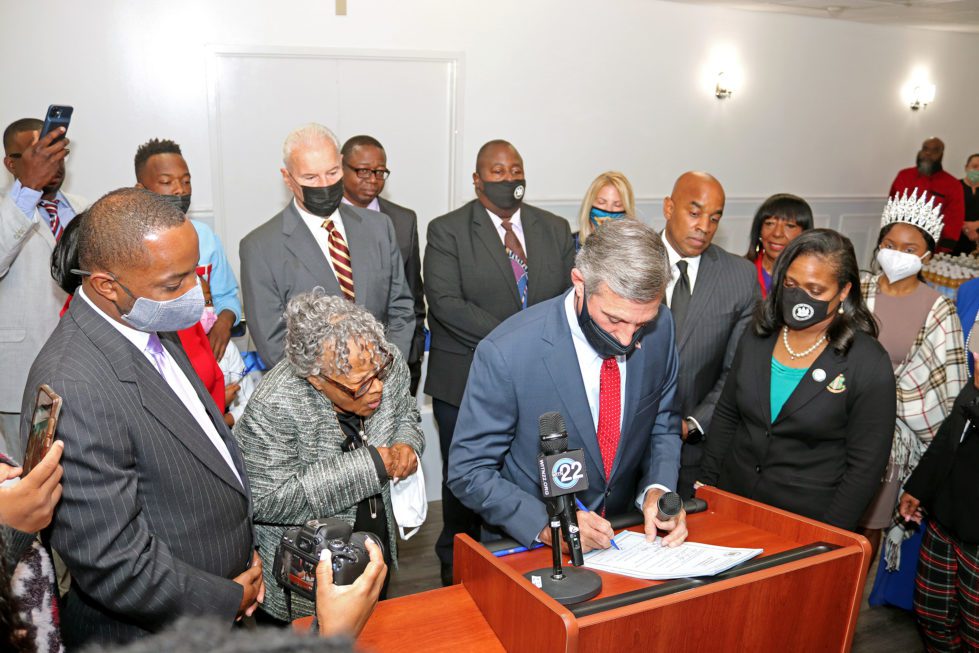 Juneteenth is now an officially recognized state holiday in Delaware.

The holiday commemorates the date on which the last enslaved African Americans in the United States were emancipated, on June 19, 1865, more than two years after the signing of the Emancipation Proclamation in 1863.

On that day, two months after the end of the Civil War, Union Maj. Gen. Gordon Granger in Galveston, Texas, issued General Order No. 3, which announced that in accordance with the Emancipation Proclamation, “all slaves are free.”

Juneteenth has been celebrated annually, especially within African American communities, since 1865. It wasn’t until June 17, 2021, however, that the holiday was officially recognized when President Joe Biden signed the Juneteenth National Independence Day Act into law.

Gov. John Carney on Wednesday followed Biden’s lead by signing House Bill 119, which affirms the day’s status as a permanent legal holiday. He signed the bill during a community breakfast event alongside civil rights leader Opal Lee, who is widely regarded as the Grandmother of Juneteenth.

In 2016, Lee, then 89 years old, walked 1,400 miles from her home in Fort Worth, Texas, to Washington, D.C. to advocate for making Juneteenth a national holiday.

“I believe the least that each of us can do is commit to learning the lessons of our shared history — the good and the bad. That’s why this legislation is so important,” Carney said in a press release announcing the bill’s signing. “Juneteenth commemorates the emancipation of the last enslaved African Americans in the United States. This holiday will offer an opportunity to encourage open dialogue, and to recommit to treating one another with more respect.”

The bill is part of the Delaware Legislative Black Caucus’ Justice for All agenda, a legislative action plan unveiled in June 2020 following the George Floyd murder and subsequent nationwide calls for racial justice and police reform.

“We are not that far removed from an era in which Americans owned other people as property,” Dorsey Walker said. “My great-grandparents were born slaves, and their struggle to achieve freedom, equality and opportunity has been passed down through my family. This story is the same for so many Black families.”

She said that by placing Juneteenth on the same level as other holidays such as Independence Day, Thanksgiving and Martin Luther King Jr. Day, Delaware recognizes the significance of the holiday and what it means to Black people throughout Delaware and beyond.

Brown called the bill’s signing an “important milestone for Black Delawareans that recognizes our struggle, celebrates our accomplishments and continues our contributions to this country, this state and this moment in history.”