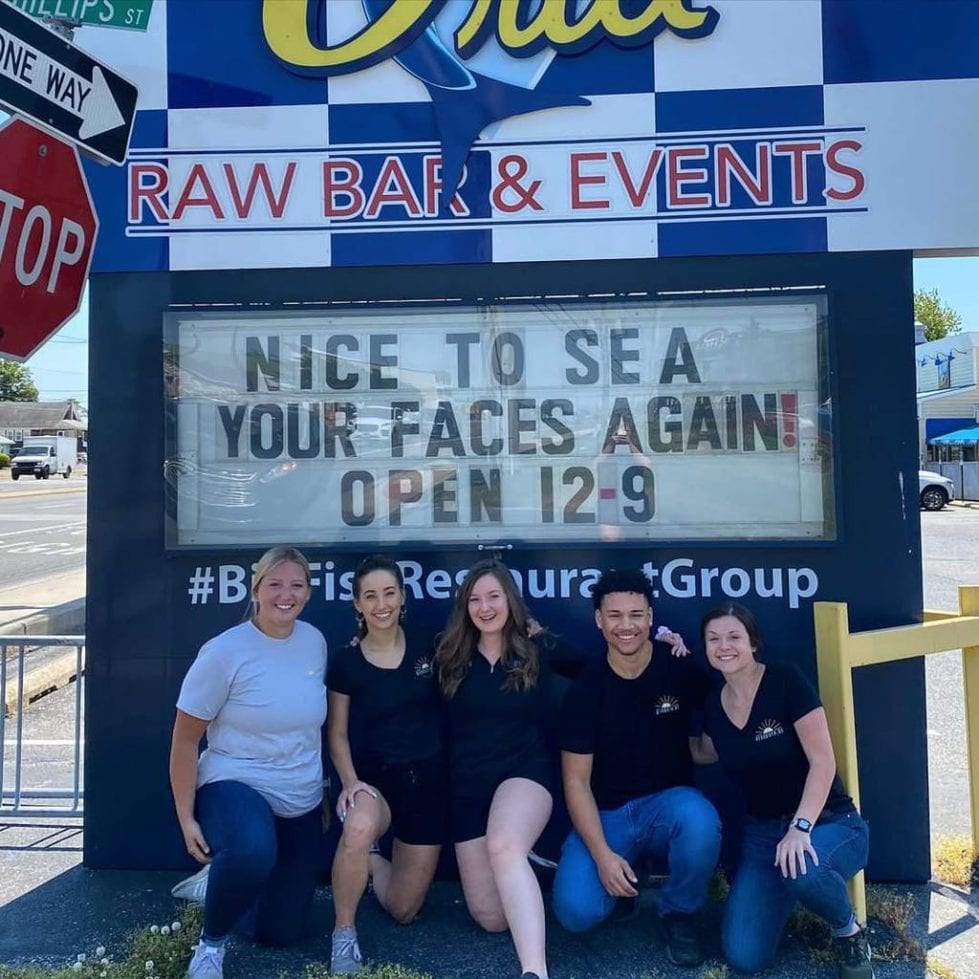 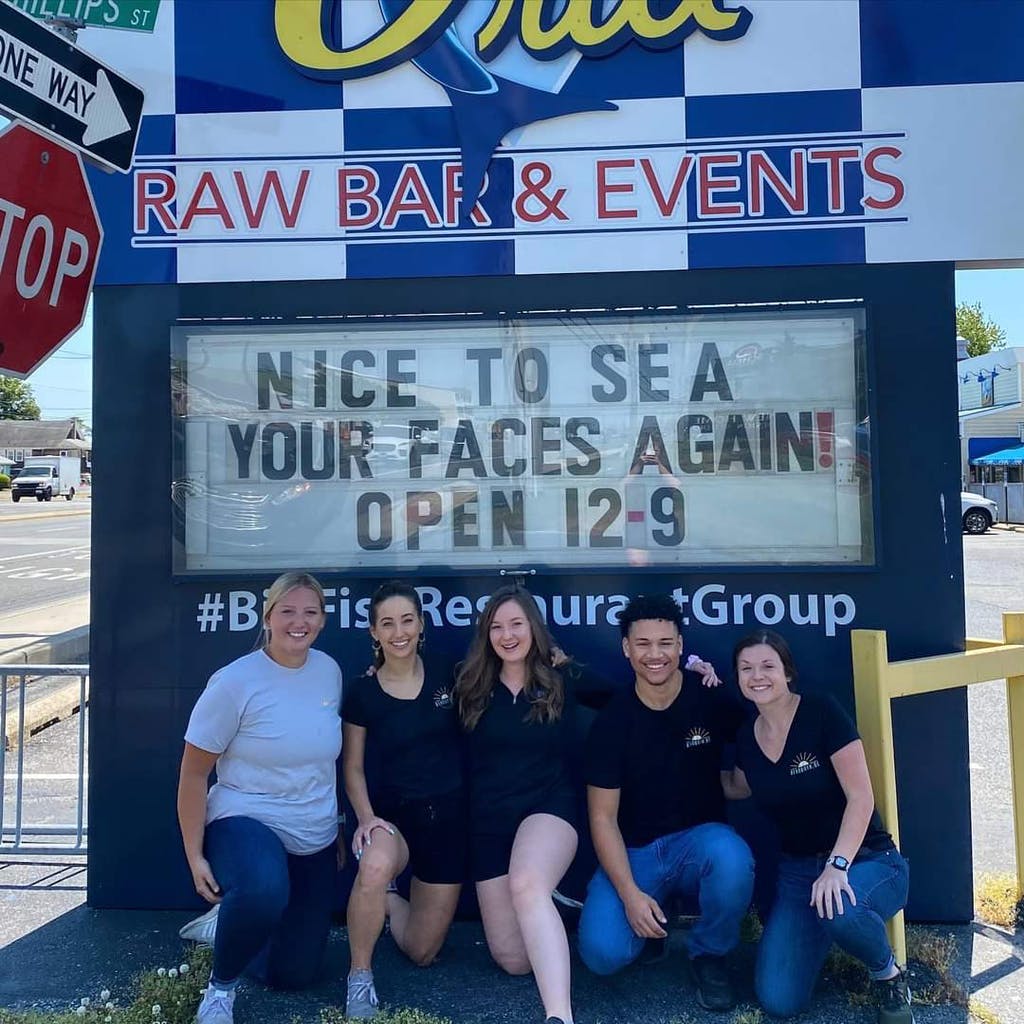 Lunch was off to a booming start at Limestone Barbecue and Bourbon Friday, the first day that Gov. John Carney told restaurants they could drop capacity limits and told vaccinated Delawareans they generally can stop wearing masks.

“We’ve only been open since 11 a.m., and we’ve actually had a very strong day so far,” said Nick Wallace, pit boss and manager.

He said about six groups had come in before 1 p.m. and told him they couldn’t wait to come out and get back to a little bit of normalcy as the COVID-19 pandemic seems to be ebbing in the face of vaccinations.

“We had a few guests that literally haven’t gone to restaurants and sat down since the beginning just because they were waiting for this day,” Wallace said.

He’s just as excited as his customers are, and that sense of jubilation was playing out up and down the First State.

“Nice to sea your faces again!” read the marquee of Big Fish Grill in Rehoboth Beach, a picture of which showed a row of grinning workers whose smiles can finally be seen.

The excitement shows in little and big ways.

Two of them took a selfie and posted it on Facebook saying, “Haven’t worn lipstick in a year and three months.”

Carrie Leishman, CEO of the Delaware Restaurant Association, said she was at a meeting at the Starboard in Dewey Beach. A sign telling people they had to wear masks was still on display because someone forgot to take it down.

“When they did, the entire outside dining area erupted in jubilation,” she said.

Restaurants are happy, she said, because they can get back to doing what they want to do: Offering food, drink and hospitality.

“Being open and people coming in and being happy to be here is what the restaurant industry is all about,” she said.

Not everything will be able to return to completely to normal right now for the restaurants or the diners. While restaurant owners say they will continue strict cleaning rules, they also talk about needing more workers, which could limit seating.

Limestone’s Wallace said he’s only had one application in a month.

Touch of Italy warned people on its Facebook page that while its restaurants are delighted to welcome customers, a national staffing shortage may mean service was slower that it had been before the pandemic.

“We ask for your patience and understanding,” the note said. “If you see that we are not seating 100% of our capacity, it’s only because we are committed to our quality of service and great experience. That means having the right number of staff available, trained and ready to keep our guests satisfied.”

Leishman also pointed out that Carney allows individual business owners to make decisions for their businesses, which may include not openly fully to maintain standards. She hopes diners and others will respect and understand that.

Restaurants hope a change in state policy that will once again require those receiving unemployment benefits to look for work each week to keep the benefits coming will mean more people in the job market.

In addition, Leishman said, “We still have a way to go to ensure vaccine is more readily available and that people are going to get it, but when restaurants are open, I think it’s a sure sign that we are soon to be back to as normal as we can get.”

Carl Georigi said Friday afternoon that he had checked with all six restaurant managers and they all had great lunches.

“It’s just been fantastic, and we’ve seen a spike in reservations for tonight and the weekend,” he said.

Mask usage seems to be about split between people coming in, with half wearing them and half not, he said.

“But in general everybody is happy,” he said. “A little bit of a weight has been lifted.”

Leishman said it’s more than that.

“It’s good for the soul of Delaware,” she said.