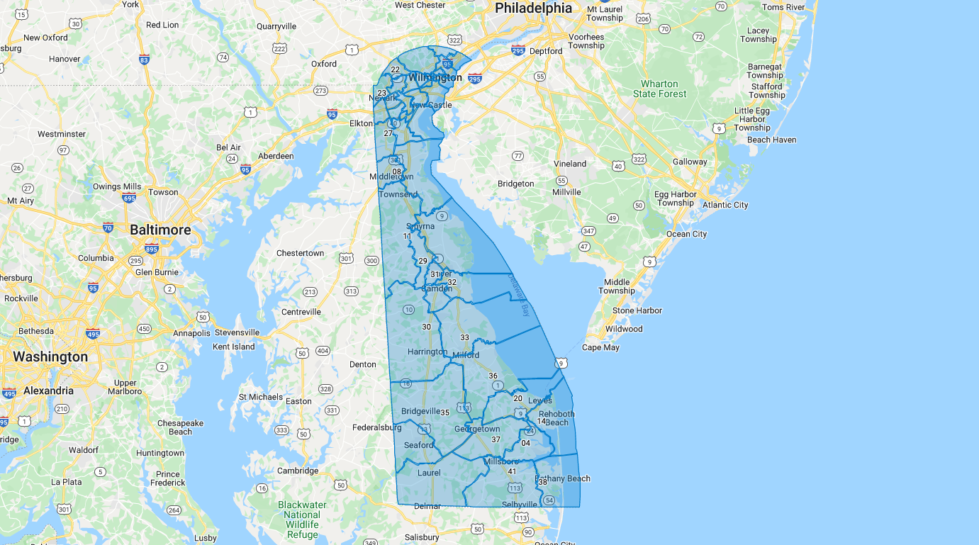 The House of Representatives will consider a bill Thursday to make changes to the district boundaries agreed upon during the redistricting process last year.

Redistricting occurs after the national census every ten years and redraws House and Senate districts to reflect population changes.

The General Assembly finalized new district maps in late October, just days before a self-imposed deadline of Nov. 8, 2021. Legislators said at the time that the maps needed to be finalized by that date to ensure candidates within any given district would be able to satisfy a one-year residency rule.

After a series of public hearings, an agreement was reached amongst both parties and Senate Bill 199 was signed by the governor.

Despite some complaints that the process lacked transparency, legislative leaders assured the public and stakeholders that the process was handled as well as it could be, given substantial challenges including a months-long delay in getting accurate data from the Census Bureau.

On Friday, March 11, a bill was introduced and assigned to the House Administration Committee – which includes legislative leaders from both parties – to make minor adjustments to the agreed-upon maps.

“Last year, leadership said that the maps needed to be settled by Nov. 8, 2021, in order for candidates to comply with the one-year residency rule,” Snyder-Hall said. “So why are these changes being made four months after that deadline?”

On the General Assembly’s redistricting website, the changes are described as a “clean-up” and are said to be the result of recommendations from the state’s Department of Elections. The site does not allow for a side-by-side or overlay comparison of the maps.

Specifically, House Bill 335 “makes changes to the Senate and House of Representatives districts so as to minimize the need for new election districts and increase the efficiency of election administration,” the bill’s synopsis says.

The bill is sponsored by House Speaker Pete Schwartzkopf, D-Rehoboth Beach, and is co-sponsored by both chambers’ Democratic majority leaders and whips, as well as the senate president pro-tempore.

“After the finished State Senate and House of Representatives maps are enacted, the Department of Elections conducts an analysis of the overlapping lines to tackle the difficult job of trying to reconcile its election districts within them,” Fulgham explained. “The main objective is to eliminate election districts containing no residents, or very few residents.”

“The DOE’s staff makes minor, unsubstantial changes to the lines to ensure the election districts are laid out efficiently, cover the entire state, and that polling places remain as stable as possible. This tedious work takes months to accomplish, which is why the bill was not introduced until recently.”

He said clean-up bills like this one happen after every redistricting process.

Attempts to reach the House Democratic caucus for comment were not immediately successful.

While the bill’s synopsis describes it as a mere mechanical fix to ensure that election districts are correct, Snyder-Hall still believes that the public should be more engaged in these types of decisions.

“It was a little bit of a surprise to see this bill pop up suddenly and get fast-tracked through the House,” she said. “The maps that are available are not something that are easy to digest.

“We find it troubling that there haven’t been more opportunities for the public to be informed and weigh in on any possible changes.”

Snyder-Hall said that given the extremely low levels of trust in government across the board, it’s increasingly important to have transparency and communication in matters of public interest.

The bill will be considered by the House of Representatives, which convenes at 2 p.m. Thursday. The session will be livestreamed here.

Updated: This story was updated with comments from Joe Fulgham, communications director for the House Minority Caucus. Fulgham’s comments clarify that bills similar to HB 335 are brought before the General Assembly after every redistricting process.