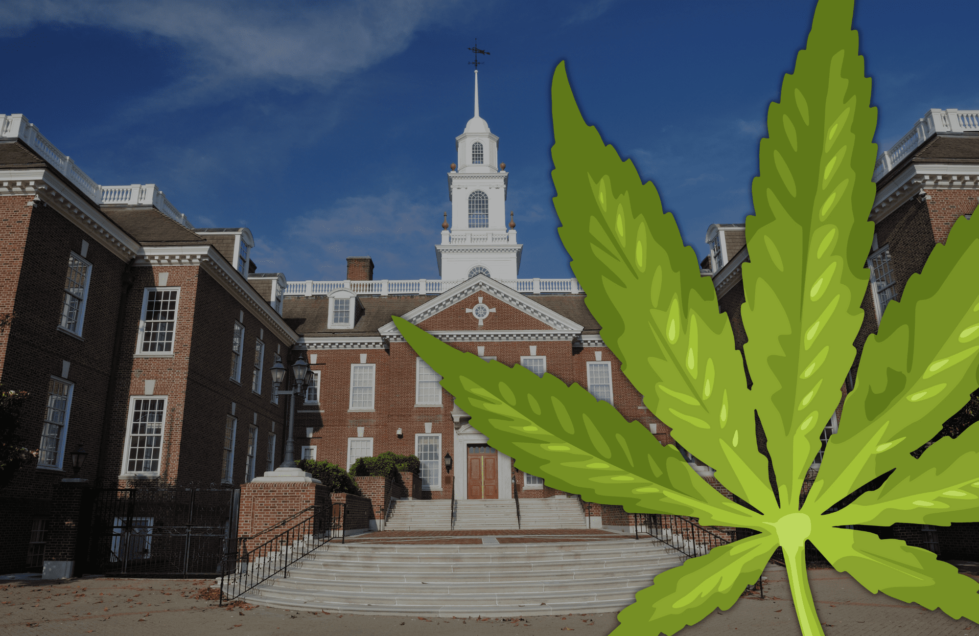 Multiple lawmakers walked out of the House health committee Wednesday in protest of a vote to release a marijuana legalization bill without hearing public comment.

After facing backlash from Republicans, House Democrats announced the bill will be reassigned to the committee and members of the public will be permitted to provide comments after the legislature returns from recess in May.

House Bill 371, sponsored by Ed Osienski, is just one-half of the latest attempt to end cannabis prohibition in Delaware.

The bill would make it legal to possess up to one ounce of weed, but would not allow it to be grown or sold. That will require a second bill, House Bill 372, which is being heard in a different committee later Wednesday.

After Osienski introduced the bill to the House Health and Human Development Committee, Rep. Melissa Minor-Brown, D-Delaware City, immediately made a motion to release the bill and send it to the House floor.

The motion quickly earned a second before Rep. Ruth Briggs King, R-Georgetown, made a point of order. She argued the committee would be in violation of House Rules by releasing the bill without hearing public comment.

Committee chair David Bentz, D-Christiana, asked a House attorney to come forward to clarify whether the committee could bypass that portion of the meeting.

“While it does not specifically state that you cannot make a motion to release the bill prior to taking those steps, I think that’s implied,” the House attorney said. “Perhaps an appropriate step would be to ask the representative if she would be willing to withdraw the motion.”

Bentz could not be immediately reached for comment following the hearing.

Scores of public commenters were in attendance at Legislative Hall and numerous more were waiting to make their comments remotely.

“It was a flagrant violation of the rules both by the attorney and the chairman, and a total disregard for the members of the public,” Briggs King said after the meeting. “There were a lot of people there and I don’t know how they were going to testify one way or the other, but this was a new bill.”

Briggs King said even though House Bill 371 is similar to previous legislation, that doesn’t mean the committee can ignore the right of the public to offer comments and the right of the lawmakers to ask questions.

All of the Republican committee members and some Democratic members got up and walked out of the committee room despite having one more bill to consider.

Briggs King said she plans to write a letter to House Speaker Pete Schwartzkopf, D-Rehoboth, asking him to review the matter and take appropriate action.

Updated: This story was updated after House Democrats announced a plan to hold another hearing to allow public comment on House Bill 371.