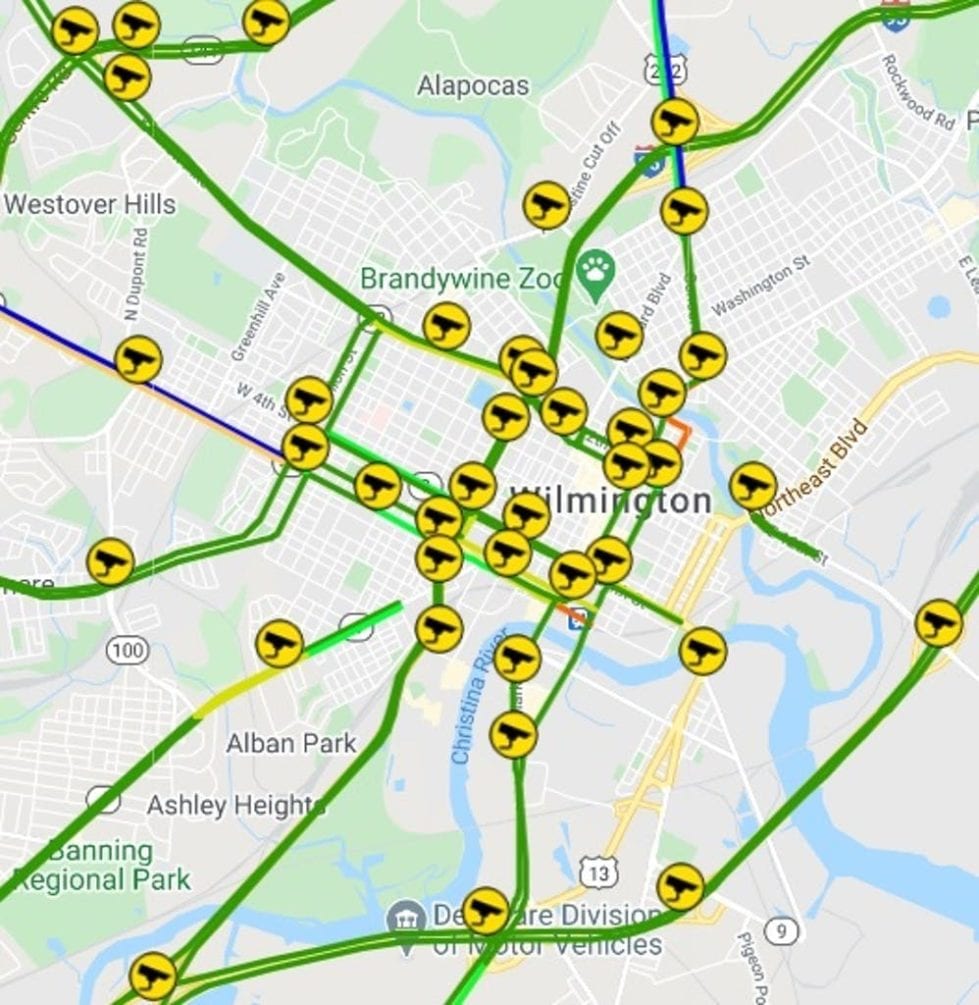 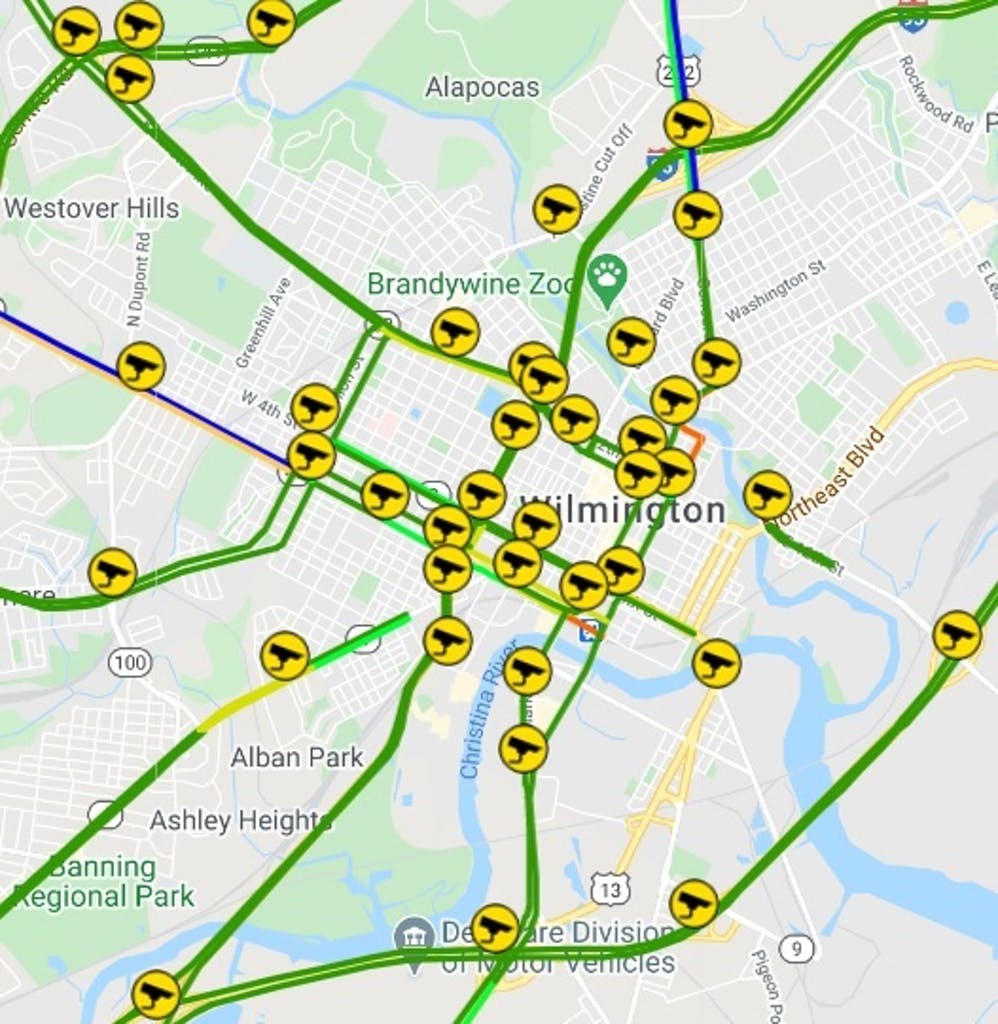 Next month, and for a few years, while large pieces of equipment and crews of people are rebuilding Interstate 95 in Wilmington, small devices and a lot of technology are being used to ease travel.

Here’s what you need to know.

The $200 million construction project to redo five miles of I-95 from the I-495 split south of Wilmington to the Brandywine River Bridge is called Restore the Corridor. Its webpage starts with a countdown to the wee hours of Feb. 12, when major construction starts.

There’s also a link to a Jan. 28 virtual public meeting.

The Delaware Department of Transportation’s app helps “anyone using any form of transportation in the state,” said C.R. McLeod, the agency’s director of community relations.

It has the latest on Restore the Corridor and other DelDOT projects, and it’s also a gateway to DART and the Department of Motor Vehicles.

Among the cool features is a snow-plow tracker that follows all the plows across Delaware (and more than 400 could be deployed) making roads safer during and after a storm.

DelDOT has added more than 200 traffic signals in Wilmington to the 1,200 it already controls 24/7 at its Transportation Management Center near Smyrna. The signals, thanks to upgraded technology, can now be preprogrammed to change for morning and evening commutes – and adjusted in real time when traffic calls for it.

“We think we know where people will go” as the Restore the Corridor project changes traffic patterns, said Don Weber, DelDOT’s assistant director of traffic. “Some folks may go that way, and some another.”

And when DelDOT staffers learn about drivers’ preferences, signals can be retimed.

“This is a game changer,” Bill Geschrei, a project manager from Whitman, Requardt and Associates, said at an earlier DelDOT meeting.

DelDOT has added more than 20 cameras in Wilmington to the 200+ statewide to monitor intersections. The info helps its Transportation Management Center staff make decisions.

DelDOT has added 16 temporary signs to advise motorists on I-95 and on other roads what to anticipate, like “slow traffic ahead,” or anticipated travel times on different routes. That’s on top of the permanent signs on I-95, I-495 and Route 13.

Small boxes on poles and other sites along major routes in and near Wilmington generate information on travel times that can be pushed to the app and other technologies. 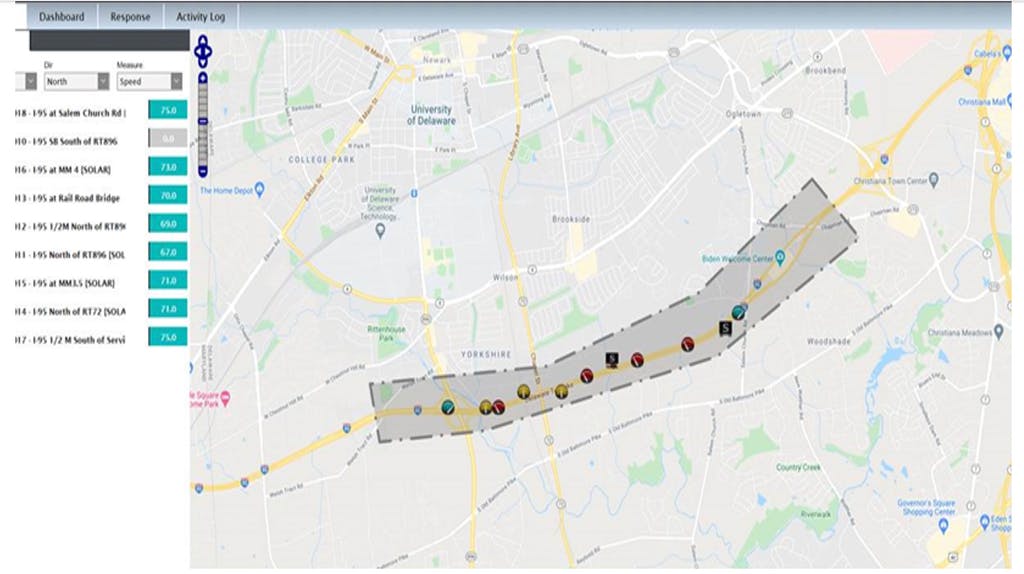 A queue detection monitoring system is used on I-95 southbound approaching Route 896.

These scattered sensors monitor speed and vehicle count, once again offering details to help manage traffic. Brining trucks out on I-95 before December’s storm provided a real-life example of their value, with traffic slowing behind them, and the display turning from green to yellow to red.

DelDOT’s radio station (WTMC/1380AM) is a lower-tech way for the state to communicate what’s going on.

DelDOT shares the same frequency with every other important agency statewide, such as firefighters and police, which enables them to more easily communicate in emergencies.

Drivers can reach out to #77 to add their observations.