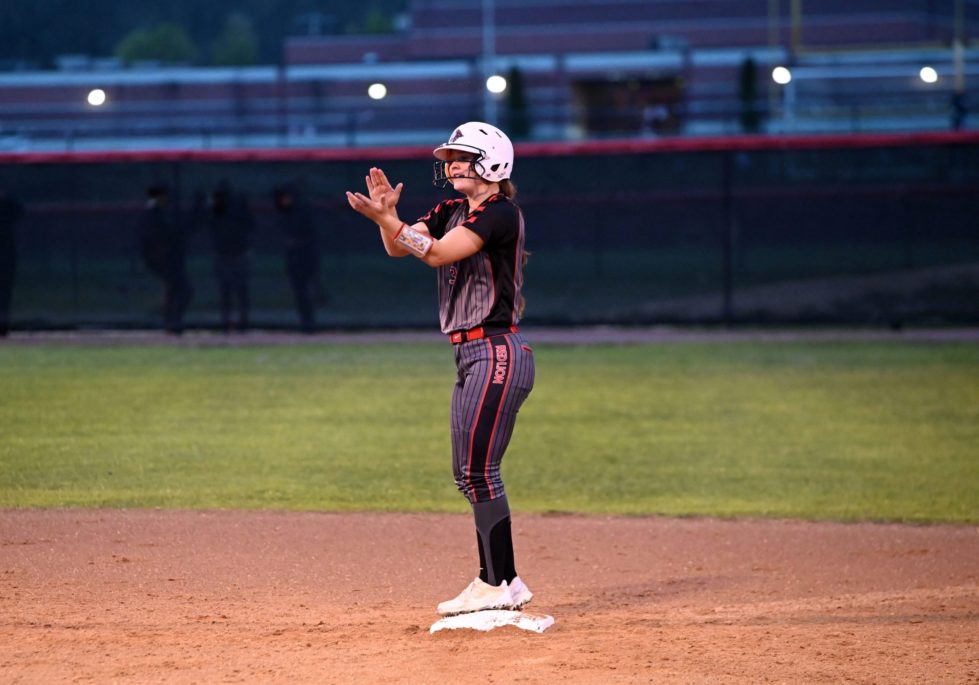 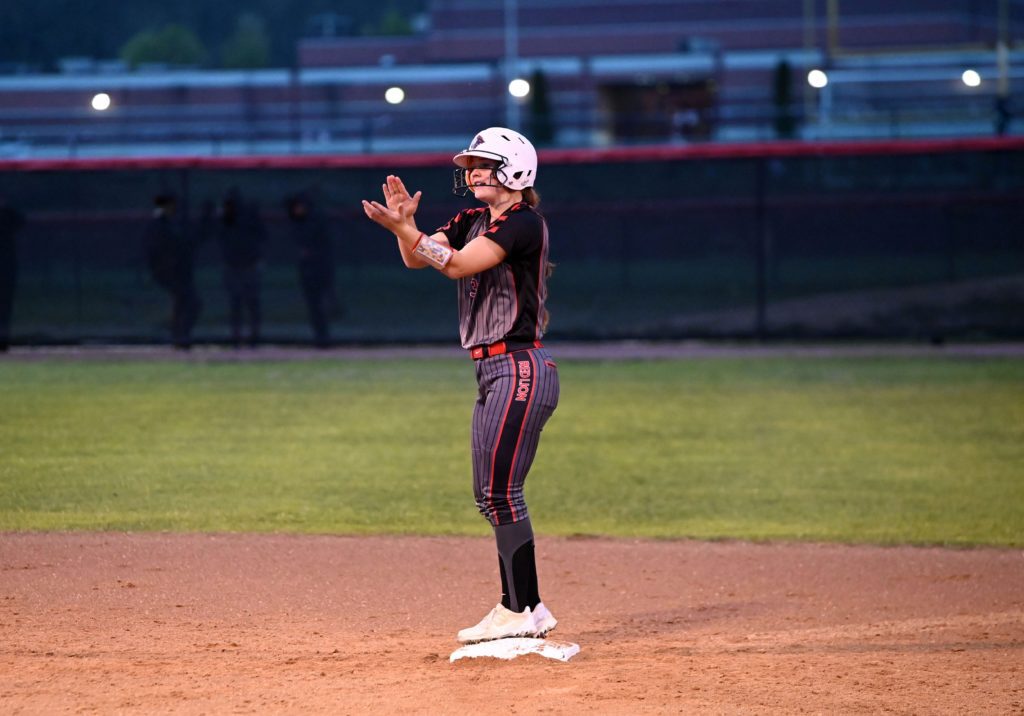 Conrad went into the Lion’s Den ready to play No. 5 ranked Red Lion. The Red Wolves scored three runs  in the top of the first with an RBI single by Adriana Pesce followed by a two run home run off the bat of Abigail Baldwin. Red Lion answered back with a run of their own as Angelina Edwards knocked in Petton pusey on an RBI single making the score 3-1 after one.

That score would hold till the bottom of the sixth inning. Isabella Mckee walked Pusey with the bases loaded bringing the score to 3-2 Conrad. On a 3-2 count with the bases loaded and two outs Alayna Griffing went down and got a low fast ball that she drove out over the centerfield fence for a grand slam giving the Lions a 6-4 lead, their first of the game.

The Red Wolves did threaten in the top of the seventh scoring one run on an RBI single by Sterling Baldwin. They would send the game tying and winning runs to the plate, but Red Lion was able to get out of the jam to take the 6-4 victory.

Angelina Edwards got the win on the mound for Red Lion. Pusey and Edwards each had multiple hits to lead the Loins.

Sterling Baldwin led the Red Wolves with multiple hits in the game.