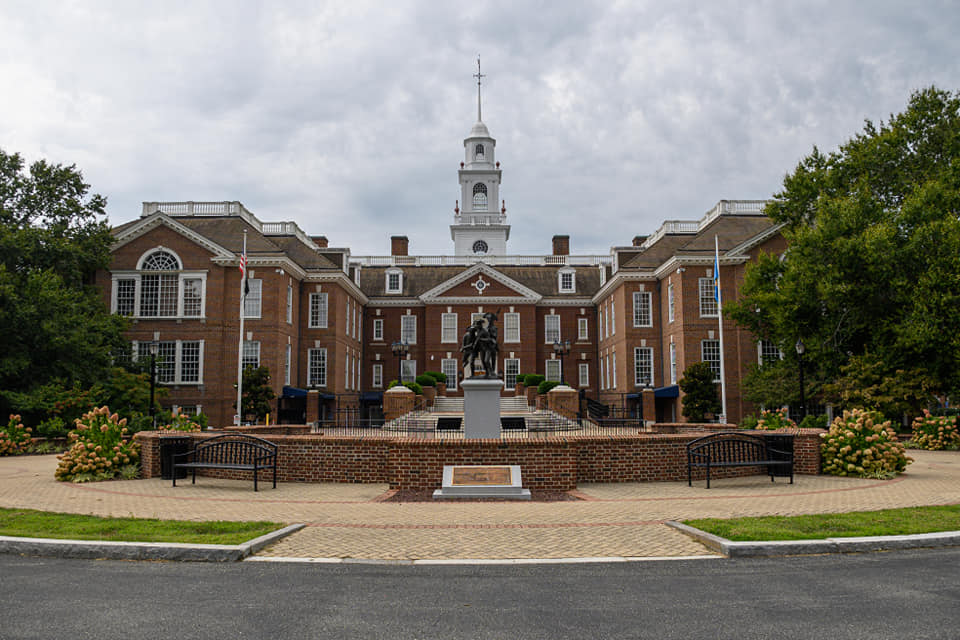 When Delawareans vote for their state representatives and senators a year from now, they could find out that they live in a new legislative district.

That’s because during a special session of the General Assembly on Monday, both chambers approved Senate Bill 199, which redraws those district boundaries.

The bill passed 14-7 along party lines in the Senate, with all seven Republicans voting against the measure. It passed in the House 40-1, with Rep. Mike Smith, R-Pike Creek, casting the sole “no” vote.

Now, it heads to Democratic Gov. John Carney, who is expected to sign the bill.

Monday’s session happened just one week before the legislature’s deadline to finalize the maps, given that candidates must live in their districts for at least one year prior to the Nov. 8, 2022 general election.

The redistricting process ordinarily happens in the spring following the decennial census, but this year’s process was delayed because of COVID-19, legal challenges involving the census and flawed data from the federal government.

Some concerned citizens and advocacy groups complained that the process was rushed, that there wasn’t enough time for the public to review and provide feedback on the maps and that incumbent legislators were being protected at the expense of fairer district maps.

What happened in the Senate

He said the maps were the result of input from members of the public and noted that he met with every Republican senator, with the exception of Sen. Dave Lawson, R-Felton, who opted to send a staff member in his stead.

That wasn’t enough to satisfy the Republican senators, all of whom voted against the redistricting bill — to Sokola’s surprise, apparently.

“When I met with the ones that drew the districts, I was very happy and my district was drawn the way I thought it would be drawn,” said Senate Minority Leader Gerald Hocker, R-Ocean View. “And then when I saw the whole total numbers for those from the fastest-growing districts to those in the districts that were losing numbers, I was totally against the legislation as it was written.”

Hocker argued that Senate districts in Sussex County are experiencing faster growth than others and will soon have a disproportionate amount of residents to senators.

Sokola acknowledged that the 2020 Census undercounted Delawareans but blamed the Trump administration and said they had no choice but to use the data the federal government provided.

“We know that the Census numbers undercounted and we know the predominant undercount was in poor communities,” Sokola said. “And we know that was by design because members of the Trump administration basically said that. You know, they fought having to count people that were constitutionally required to be counted and in addition, there were undercounts in other areas that weren’t by design, but they were as a result of the pandemic.”

With the information they were required to work with, Sokola said Democrats leading the redistricting process made a “good faith effort” to work Republicans to create maps everybody could agree with.

He pointed out that, on average, districts in Sussex County have higher positive population deviations than those to the north — a problem he believes will compound because Sussex is the fastest growing county in the state.

“There could have been more attention paid to that and I realize that we’re at this late stage now and we can’t make a whole lot of changes,” Pettyjohn said. “In our fastest growing county having the highest positive deviation is something that, from somebody who represents the people of the 19th Senate District — not the party — to know that we’re already more frontloaded than some of the other districts is something that’s of concern.”

Sokola said he did all he could to ensure Republicans and members of the public had a say in the process.

“We did try to address the public concerns that were raised and I feel like we did a very good job addressing those that were most significant,” he said. “So I have to raise my hands and wonder what else we could have done under the circumstances.”

What happened in the House

Unlike the Senate proceedings, there was no debate on SB 199 in the House of Representatives.

House Minority Leader Danny Short, R-Seaford, asked House Speaker Pete Schwartzkopf, D-Rehoboth, what would happen if there were errors in the maps that could necessitate changes after the bill passes. Schwarzkopf reassured Short that another bill could be passed later to address and correct minor issues, noting that such practice has been common in the past.

The bill was then brought to a vote, during which 40 out of the 41 representatives voted in favor.

Rep. Mike Smith, R-Pike Creek, was the sole “no” vote on the bill. Smith could not be reached for comment Monday evening.

Making the old new: She upcycles worn furniture into stylish pieces
Carney: Athletes can take off masks; restaurants can serve outdoor tables of 10
Man biking along 1781 route of French soldiers to stop in Wilmington
Mt. Cuba studies best way to grow a forest