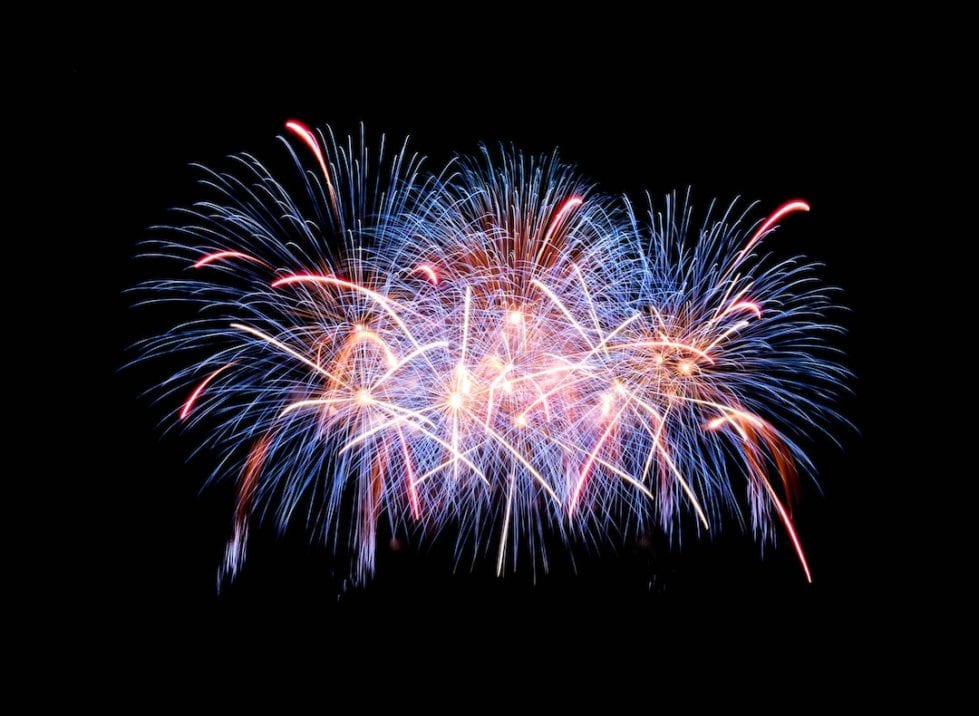 (Photo by Jingda Chen on Unsplash)

Most Delaware places famous for their Fourth of July fireworks shows have decided the shows will go on. Of course, organizers will follow the latest pandemic guidelines.

The best viewing location is in Tubman-Garrett Park and other Riverfront locations, said Tina Betz, director of the Mayor’s Office of Cultural Affairs.

The accompanying recorded music will be played in Tubman-Garrett and partially along the river walk, she said.

Hockessin will host fireworks at dusk on July 2, thanks to a groundswell of community support. Hockessin 4th Festival & Fireworks wrote on Facebook in April that fireworks were canceled, but the Facebook page credits “several community partners and representatives” for their return. It also asks for funding.

There won’t be fireworks in New Castle on the Fourth, but there will be a symbolic ringing of independence bells. Immanuel Church on the Green hosts the free event, 1:30-2:30 p.m., whhich is part of national ceremony marking the birth of America. Francis A. Ianni, an Army veteran, will be the keynote speaker. Period attire is invited.

Fireworks on (or near) the Fourth

Dewey Beach: “We are doing the fireworks, as in the past, on July Fourth,” businessman Alex Pires said.

Dover’s Fourth of July Celebration on July 4 will feature “a patriotic parade sponsored by the American Legion, music on Legislative Mall by Spinjocs Entertainment and a fireworks display.

Laurel’s leaders voted in March to host only fireworks on July 3, without vendors and entertainment. When the town wrote about it on Facebook, the post asked for donations to help cover the $17,500 cost.

Lewes’ fireworks will start at dusk on July 4, Go Fourth Lewes promises. The fireworks will be launched from a barge off Lewes beach, and some nifty drone photos on the group’s viewing page shows where they can be seen. The Chamber of Commerce said the boat parade will start at 2 p.m., and children’s activities have been canceled.

Newark’s Freedom Fireworks will occur about 9:15 p.m. July 2 from the University of Delaware athletic complex. The event features just fireworks – no vendors and entertainers. Alcohol is banned, and families are asked not to bring pets. Free parking is available in multiple nearby lots. There will be no lawn or grass viewing areas in these lots. The rain date is July 5.

Rehoboth Beach’s fireworks are planned July 3, with the Zambelli display due at 9:30 p.m. from the beach south of Rehoboth Avenue. “Please be in town early,” the city asks. “Depending on the weather, the fireworks may be launched any time after 8 p.m.”

The Smyrna/Clayton July 4th Foundation will host fireworks at dusk on July 4, from the Little League fields on Duck Creek Parkway. The group – Delaware’s oldest at running fireworks – will also sponsor a parade starting at 9:30 a.m. July 3.