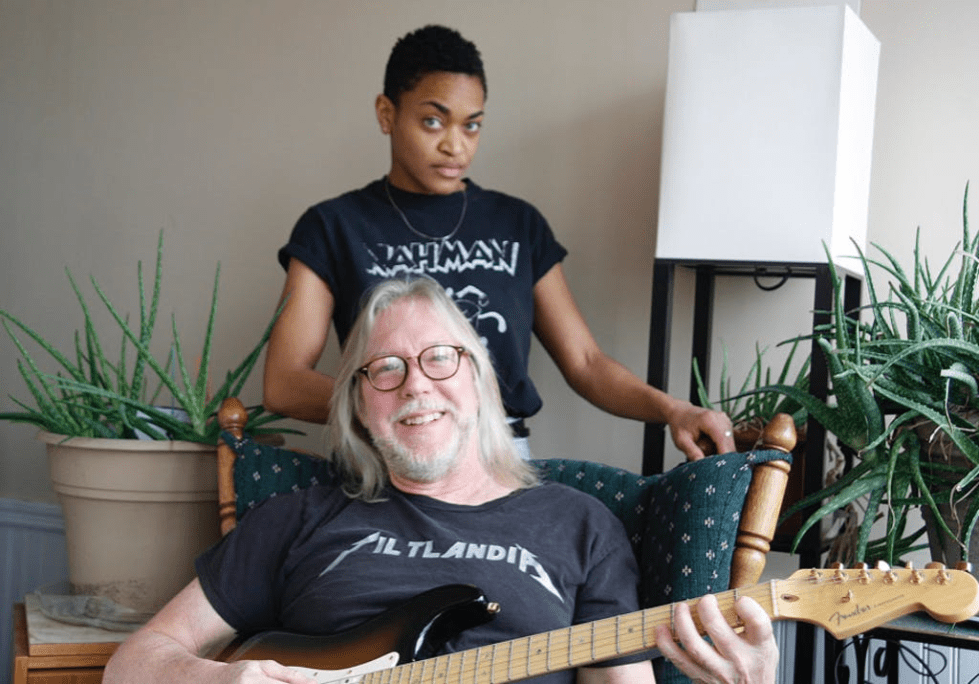 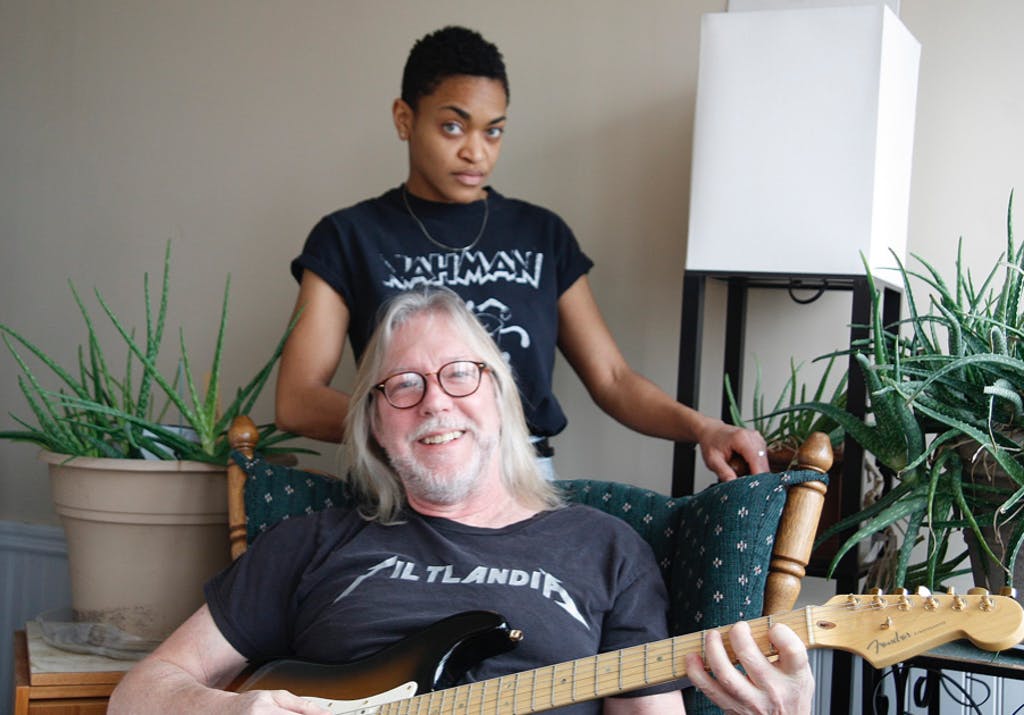 On the eve of the presidential inauguration, it was business as usual for roommates Rob Pfeiffer and Danielle Johnson, who goes by Sug Daniels. The friends were sitting in Pfeiffer’s Cool Springs home in Wilmington, chatting and jamming.

As Pfeiffer strummed his guitar, Daniels sang in a sweet voice that sounds as pure and light as fine crystal. “Battle for the soul/Of the nation/We got to get better with communication.”

The song, “Tilton Park,” is a political reckoning, but it’s also an ode and a fundraiser for the friends’ beloved community.

The single is available to download for $1 on Daniel’s website, and proceeds benefit the Friends of Tilton Park and West Side Grows Together, a coalition of residents, businesses, churches and local leadership working to transform and strengthen the community.

“I love my house, but the most important thing about this neighborhood is the people,” said Pfeiffer, who purchased his home in 2004. “It’s pretty densely populated with an eclectic bunch, and we know each other, look out for each other and sit on porches or hang out in Tilton Park. ‘To porch’ is a verb here.”

You don’t need to live in the community to recognize Pfeiffer, a brewer who has helped many area breweries and brewpubs get up and running. Or, you may have seen him in concert. He and his brother, Eric, started the band Life on Mars in the mid-1990s.

The band recorded a CD of originals and had the same manager as The Caulfields, an alternative band from Newark, and Huffamoose.

“We had our CD on the desk of Interscope Records in 2000,” Pfeiffer recalled. “They liked it. Then — Bam! —the top brass fired all the bands but U2. Maybe it was us who killed the music industry at the time!”

Fortunately, he had another calling: brewing. In 2016, he was working at Blue Earl Brewery in Smyrna when he encountered Daniels, whose blues-funk-soul band Hoochi Coochi was performing.

From the brewery area, Pfeiffer looked through the glass at the band. He couldn’t hear them well, but he knew Daniels was something special. “I met her that night, and I knew that she was a powerful and great human being.”

Daniels was equally impressed. “I thought to myself, ‘Wow, that might be the friendliest human being on the face of the earth — I still think that!”

They solidified their friendship over dirt and greens. As the “farmer in residence,” Pfeiffer helps people grow food at 7th and West Community Garden. He promotes urban farming and “hangs around and talks.” His neighbors don’t call him the Mayor of Tiltlandia for nothing.

Pfeiffer encouraged Daniels to take a plot, and she now grows spinach, bok choy, carrots and herbs. When Daniels was between residences, Pfeiffer offered her the empty third floor of his home.

Together, they became a “quaran-team,” Pfeiffer said. They cook together, laugh and make music.

There are now two music studios in the house. Pfeiffer, who comes from “analog days,” has older equipment in one room. The friends combined items in another. Because both have leaky roofs, placement is vital, as is watching the weather forecast.

Since Daniels can’t play out as much as in the past, she puts her energy into her recordings. She’s worked with Austen Morgan of the Wilmington band Bayrides, and she and friend Isaac Moore plan to release a song. She also featured on a song with Moscow Girls and working on art with Yarissa Luna.

Having an on-site studio lets the musical roommates capture their inspirations. That is what happened the night “Tilton Park” was born.

“Put your money where your mouth is and let’s see/I need my trees/So I can breathe/ Tilton Park in my heart/ Is where I want to be,” Daniels sings on the single.

Pfeiffer and neighbors started Friends of Tilton Park nearly 10 years ago with the help of Christian Willauer and West Side Grows. Pfeiffer became the first president — and he’s still president.

The neighborhood cut back overgrown trees and bushes and filled the park’s building with games, grills and other items for popup cookouts. They’re now lobbying for new playground equipment and flood repairs.

“We realize the song won’t pay for the park,” Pfeiffer said. “But hopefully, it will bring more attention to parks and how much they engage the community in Wilmington.”

As for Daniels, she hopes people who hear the song will feel a sense of unity and a responsibility to the community around them.

“If we want to see change, we have to be vocal about it,” she maintained.