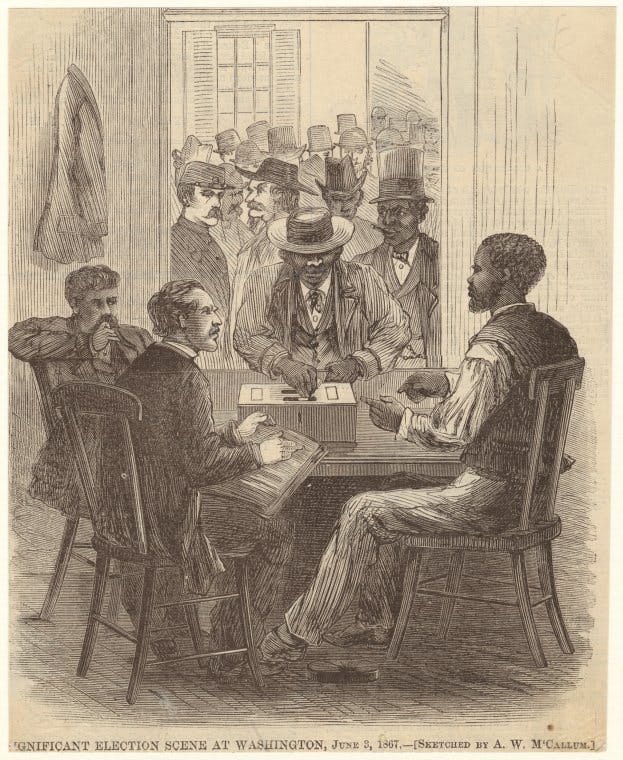 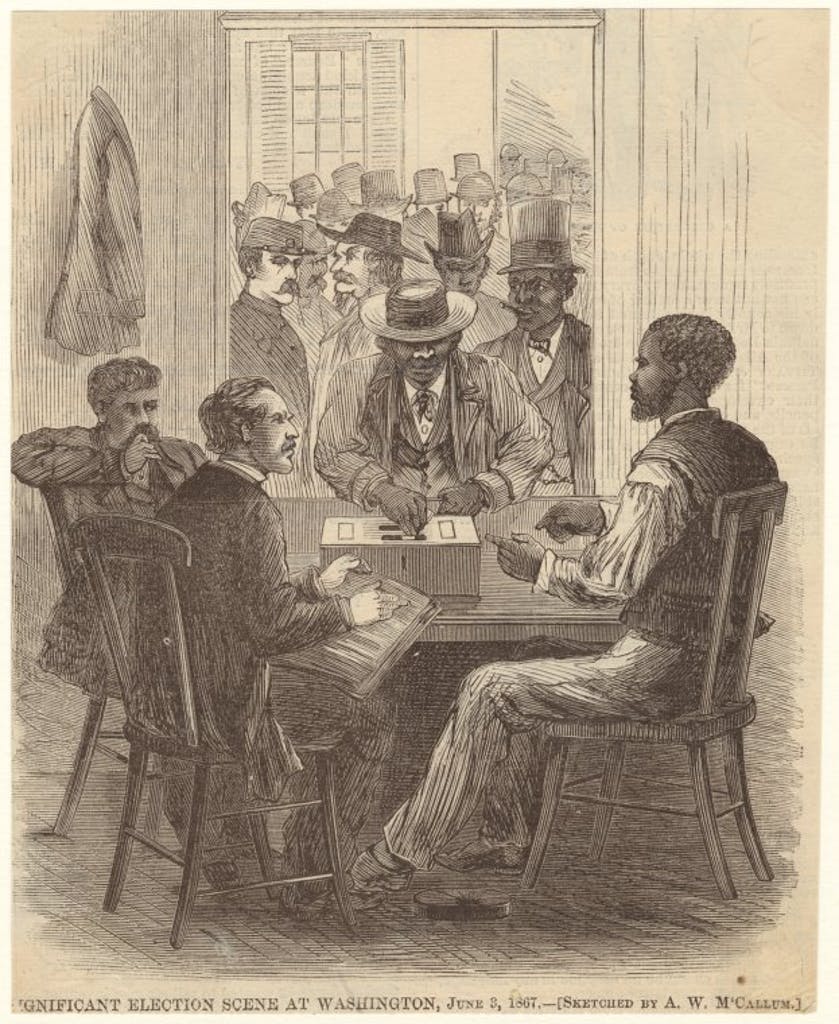 “Governments are instituted among Men, deriving their just Powers from the Consent of the Governed.” –The Declaration of Independence

Many understand the right to vote to be a quintessential American right.

Under a representative democracy, we use voting to have a say in how our government behaves and operates. It gives us the ability to have a check on the country’s political powers.

Though it may be a surprise to some that no right to vote is formally stated in the Constitution itself, the framers knew the critical importance of both voting and ensuring that the government acts only according to the will of its people.

As Founding Father Alexander Hamilton explained in “The Papers of Alexander Hamilton,” “A share in the sovereignty of the state, which is exercised by the citizens at large, in voting at elections is one of the most important rights of the subject, and in a republic ought to stand foremost in the estimation of the law.”

The topic of voting in recent news, current events and national media paints the image that voting has become some newly contentious issue, fraught with modern drama and political disagreement on how to properly balance freely accessible voting with maintaining the legitimacy and security of our elections.

While debate on voting rights and access may seem fresh in the modern political landscape, this is a discussion that has been going on longer than the age of America itself.

While critics of election process monitoring continue to cherry-pick case examples to attack the freedom of our municipals and localities to run their own elections, it should prove a valuable exercise exploring our Founding Father’s thoughts on the election process.

What were the framers’ intent when it came to voting? Did they envision a uniform system across all states with the same rigid rules and regulations? Or did they want to let states decide how to operate their own elections freely and fairly?

You may be surprised to know the extent to which our Founding Father’s wanted to protect the sovereignty of American states to oversee their electoral processes.

In Article 1 Section 4 of the Constitution, the framers famously left the details of how voting should proceed to the states themselves: The times, places and manner of holding elections for senators and representatives, shall be prescribed in each state by the legislature thereof; but the Congress may at any time by law make or alter such regulations. (Constitution, Article 1 Section 4)

The right of states to manage themselves, including their elections, is an important instrument to American Democracy. It is truly what makes the United States of America the “Great Experiment.”

With the freedom to uniquely tailor election parameters to its constituent’s needs, the state power in the voting process is one that should not be abused.

If an individual state does happen to enact an illegal voting law, requirement or regulation, we see how in the above Constitution passage that Congress can act as a regulator, stepping in to address any unjust or illegal state voting practices.

We have historical examples of incremental voting rights improvements at the federal level.

At a time when only land owners could vote, President Andrew Jackson famously led the charge for frontiersmen to help advance the political rights of Americans who did not own property. In 1919 the Women’s Suffrage movement led congress to enact the 19th Amendment, expanding voting right to all women. In 1965 the Voting Rights Act ensured against election racial discrimination.

Over time America evolved from having only white, male land owner voters to all Americans 18 or older. Thankfully, the tried-and-true system of American progress through continuous checks and balances and protecting states’ rights works.

However, modern partisan attempts at election control are worrisome. In the U.S. House of Representative, the recent election bill H.R. 1 “For the People Act” that just passed in the Democrat-controlled body on party lines is a sprawling bill intended to address electoral concerns in the areas of voting, campaign finance and ethics.

The bill’s entirely heavy-handed and potentially unconstitutional approach would assert undue federal authority over dozens of areas that should be under the control of the state, not Congress.

Not only does the bill attempt to usurp power from the states, but it also places untenable burdens on local election officials and even Democrats have questioned its practicality and unintended consequences.

So while our political leaders continue to attempt to dictate voting rights at the federal level, remember that our system of checks and balances should offer the freedom of individual states to manage their own elections in order to ensure that all American citizens can fairly vote.

We live in the world’s greatest Democracy, so let us keep it that way.

“The elective franchise, if guarded as the ark of our safety, will peaceably dissipate all combinations to subvert a Constitution, dictated by the wisdom, and resting on the will of the people.” – Thomas Jefferson, 1903

Chris Kenny is the founder of Delaware Live. His Founder’s Folio column explores current events and modern issues in historical context and with respect to those who helped build what America is today: The Founding Fathers. Follow Kenny on social media or read his personal blog The Sword in the Stone on ChrisLKenny.com.