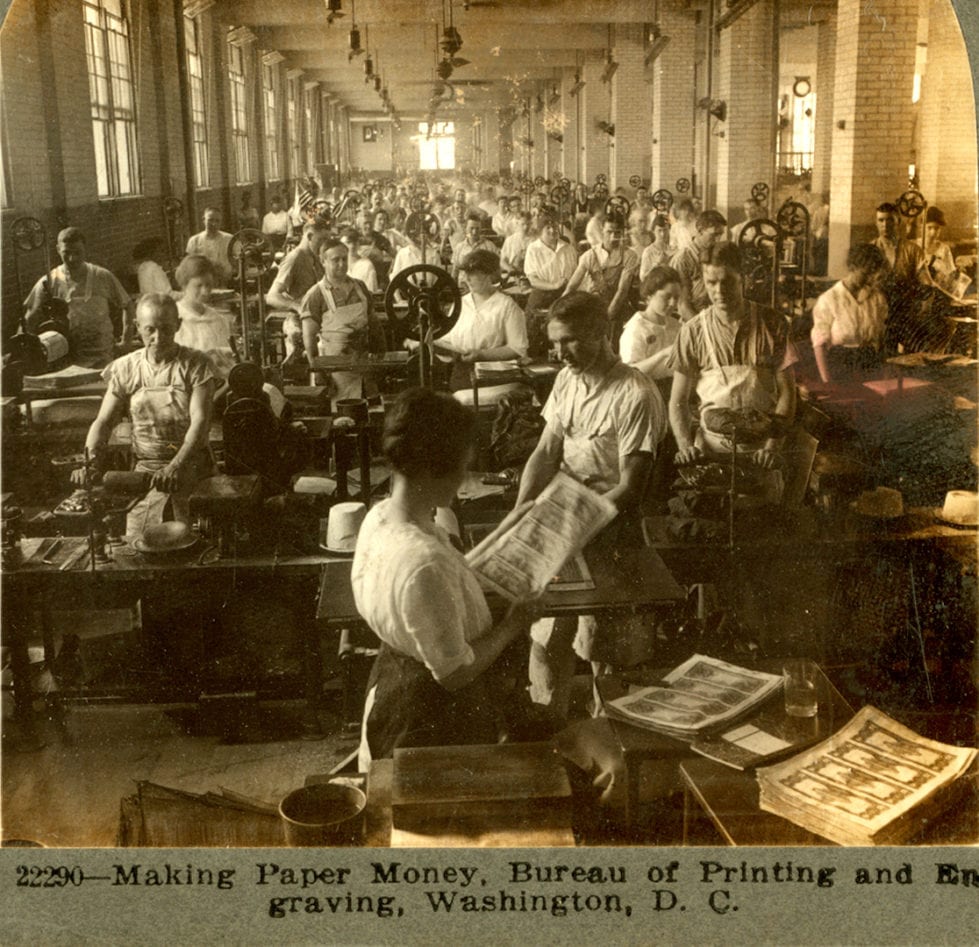 Inflation has arrived with many of its hallmark indicators.

A charged-up economy stoked by shortages, price hikes, money printing and spending is fueling the modern inflation boom. Almost everywhere we look, we see increased prices from lumber and housing to food and clothing, not to mention ever-reducing product sizes thanks to shrinkflation.

Will this inflationary trend continue and to what end?

Like all of my Founder’s Folio pieces, let’s take a look at the issue with respect to the Framers, the Founding Fathers of the United States. Our government’s monetary policy has profound implications for the inflation we experience and its severity, so what did the framers of the Constitution think about monetary policy in America?

The Framers’ core beliefs when it came to the nation’s monetary policy supported a reliable, backed currency that was not predicated on inflation-leading practices like paper-money printing, spending and lending.

They had firsthand experience with the dangers of increased currency printing.

Out of control money printing to fund the Revolutionary War at both the state and federal levels led to incredible hyperinflation during the period of the first Continental Congress: “By 1780, Congress revalued its dollar as officially only one-third of its 1775 value. But the new and improved dollar still plummeted to the point where, by 1781, it took 167 dollars to equal the previous one dollar.”

Benjamin Franklin described the post-war costs to the people as a result of the war as a “gradual tax upon them” with a prolonged recession period with similar economic markers as the Great Depression.

At the Constitutional Convention in 1787, an amendment was agreed upon to strike “bills of credit” aka paper money from the monetary policy. The nation did not want to play with printing money.

Jefferson and Madison’s Secretary of the Treasury Albert Gallatin proclaimed in 1831 that “it necessarily follows that nothing but gold and silver coin can be made legal tender.”

Thankfully the establishment of the Constitution in 1787 helped stabilize the monetary system in the country. The Framers’ prudent foresights and opposition to unbacked money expenditure and printing lay out a cautionary tale of inflation we would be wise to respect as we deal with the modern runaway spending and printing we are experiencing today.

Much of the inflation indicators we are facing today can be traced back to monetary banking policy.

Founding Father Thomas Jefferson was vehemently against fractional reserve banking, declaring: “No one has a natural right to the trade of a money lender but he who has the money to lend.”

Jefferson went even further in his scathing critiques against the dangers of a centralized, federal banking system, like the one we have today, calling The Bank of the United States “one of the most deadly hostilities existing, against the principles and form of our Constitution.”

With the passion and fervor felt, let us reflect a moment on the cautious wisdom of the Framers. They were rightfully concerned of an unchecked federal currency printing and money spending.

Today the Consumer Price Index, which measures volatile energy and food prices, is expected to have the biggest year-on-year rise this year in decades.

Let us heed the numerous lessons of history regarding inflation and its known societal damage which is to exacerbate income inequality and poverty.

Chris Kenny is the founder of Delaware Live. His Founder’s Folio column explores current events and modern issues in historical context and with respect to those who helped build what America is today: The Founding Fathers. Follow Kenny on social media or read his personal blog The Sword in the Stone on ChrisLKenny.com.