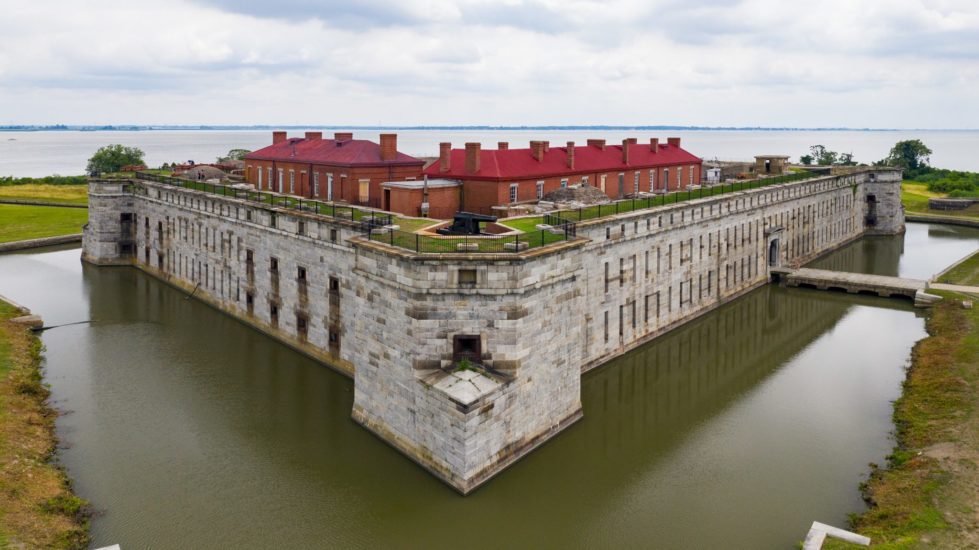 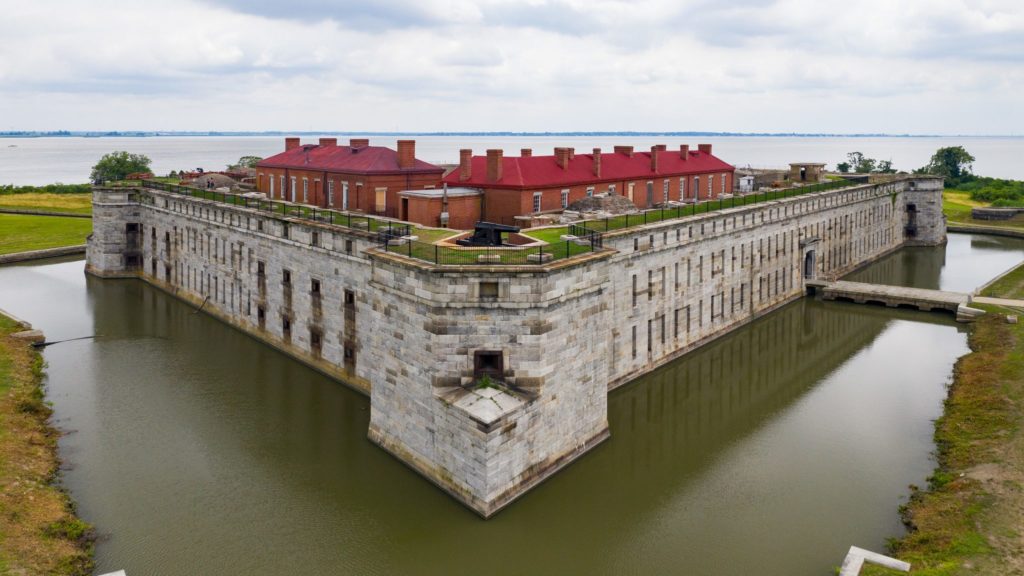 Later this week, it will become a construction zone.

The Delaware Department of Natural Resources and Environmental Control is set to begin construction on several projects aimed at improving the visitor experience.

The new screened-in pavilion will allow Fort Delaware to attract more groups to the park, according to Matt Ritter, administrator of DNREC’s Planning, Preservation and Development section.

“There’s never really been a great location to gather your scout troop or your church group and have lunch in a shaded, screened-in area, so we’re hoping to really market that and bring more larger groups out to enjoy the fort,” Ritter said.

The heronry observation area in the northern part of the island is one of the largest on the eastern shore, he said. With the construction of the new observation platform, visitors will be able to safely view the nine different species of herons and egrets that nest on the island.

The improvements will come with a $3.7 million price tag, which DNREC says is being paid for with bond bill capital improvement funds, private endowment funds through the Delaware Community Foundation and a matching grant from the U.S. Department of the Interior’s Land and Water Conservation Fund.

DNREC maintains an ongoing list of capital improvement projects in order of priority. These improvements have been at the top of the list for some time, according to Ritter.

“This project itself has a number of items to it, but the tram path especially was a very important one for us,” Ritter said. “Last year we actually put this out to bid, but unfortunately the bids came in higher than expected so we weren’t able to move forward with the project.”

This year, a number of factors came together to make the enhancement projects possible, including the General Assembly’s passage of the largest bond bill in state history. DNREC received over $90.5 million in the FY 2022 bond bill.

Because construction equipment and materials can’t be transported to the island using the passenger ferry, barges will be used to bring the supplies. After being unloaded, Ritter said DNREC will “do a little spring cleaning” and use the barges to transport things they need to get off the island.

DNREC says it anticipates the projects will be complete by early 2022. Ritter doesn’t expect much disruption to the visitor experience. Most of the work will be conducted during weekdays when the fort is closed.

“Everything will be available to the public,” Ritter said. “We don’t see any real need to close down beyond what we normally would this time of year anyway.”

Fort Delaware was built between 1846 and 1868 as a harbor defense facility intended to delay possible invaders en route to Philadelphia. The location of the fort meant that enemy forces would have to come to shore some 40 miles south of Philadelphia in order to attack the city by land, which would allow time to mount a worthy opposition.

The island was used as a prison during the Civil War for captured Confederates, convicted federal soldiers and local political prisoners.

Today, the fort and museum attract an average of 15,000 visitors annually.

“Fort Delaware is such a large part of not only our state park system but the history of our state and it’s something we’re really proud of,” Ritter said. “We’re excited to not only do these improvements to our historic sites but open up the door for more visitors to come out and enjoy them for years to come.”