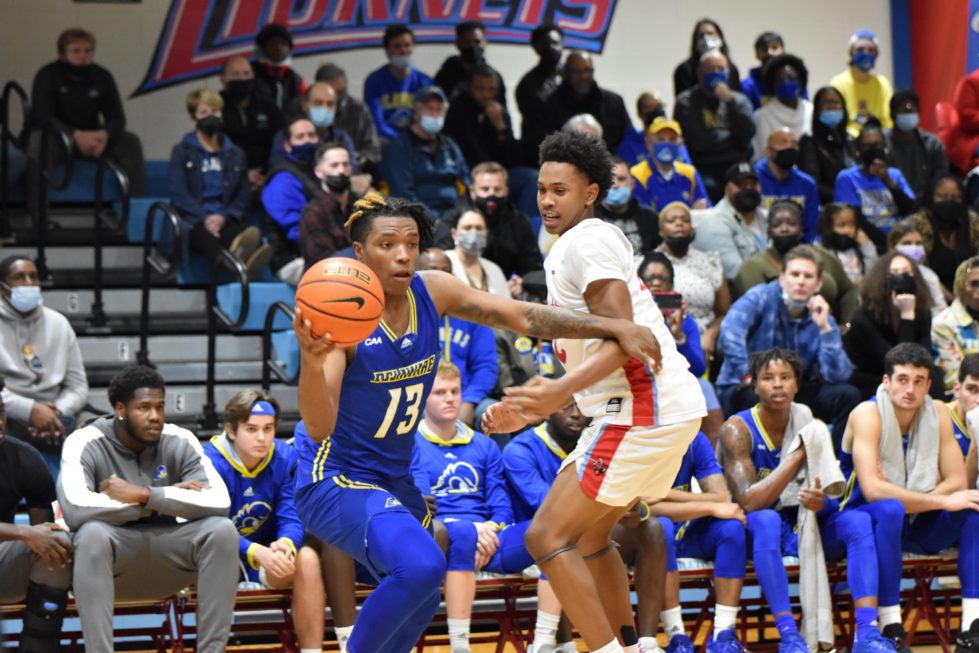 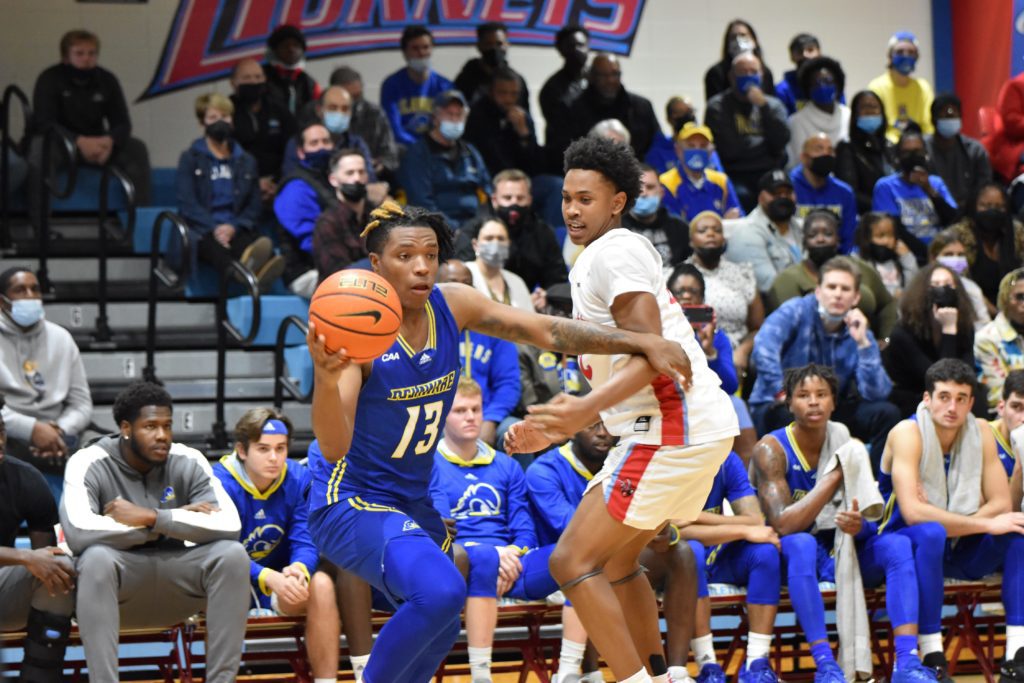 The University of Delaware Blue Hens made the trip down Route 1 to face Delaware State University Wednesday night for the Route 1 Rivalry basketball game.

UD returned home with a 59-48 victory, but this year’s game had a game inside the game. 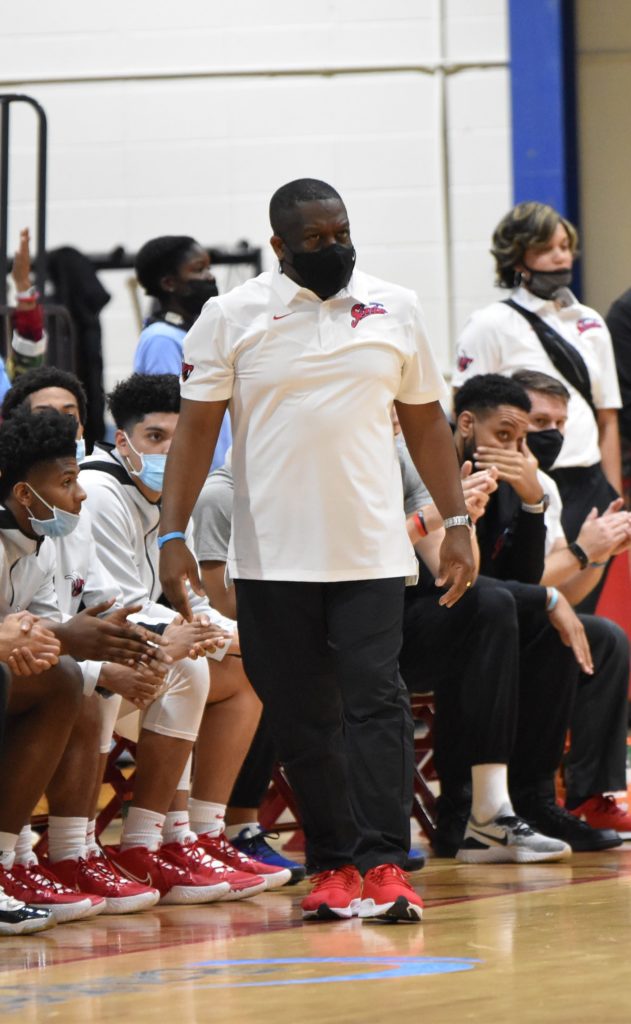 He led Sanford to 571 wins, 10 state championship games and eight titles, including the last two in 2021 and 2019. His 2020 team reached the state semifinals before the tournament was shut down due to the Covid-19 pandemic.

Jy’are Davis is a redshirt freshman at the University of Delaware and Corey Perkins a freshman at Delaware State. Both were big time players who helped Sanford win. Both played for Waterman their entire high school careers.

Waterman wasn’t the only coach making plans on how to defend Jy’are.

The two players even found themselves sticking each other a few times on switches when screens were set.

Jy’are’s Delaware team was able to defeat Waterman and Corey’s Delaware State team on their home floor in front of a large crowd.

Delaware was led by Jameer Nelson Jr. with 16 points and Ryan Allen who scored 14 points. Delaware State was led by Myles Carter who led all scorers with 17 points and Corey was the only other Hornets player in double figures.

“It was definitely odd that we weren’t on the same team,” Corey said. “That hasn’t happened since we were little, but I was definitely  glad to compete against each other. It was a fun night.“

“Competing against Corey was definitely a cool experience, the type of stuff you talk about growing up,” said Jy’are. “It was definitely a wild feeling. Corey and I played AAU together when we were young and played countless games together from eighth to twelfth grade at Sanford.”

UD improves to 6-3 on the season while Delaware State falls to 2-5.