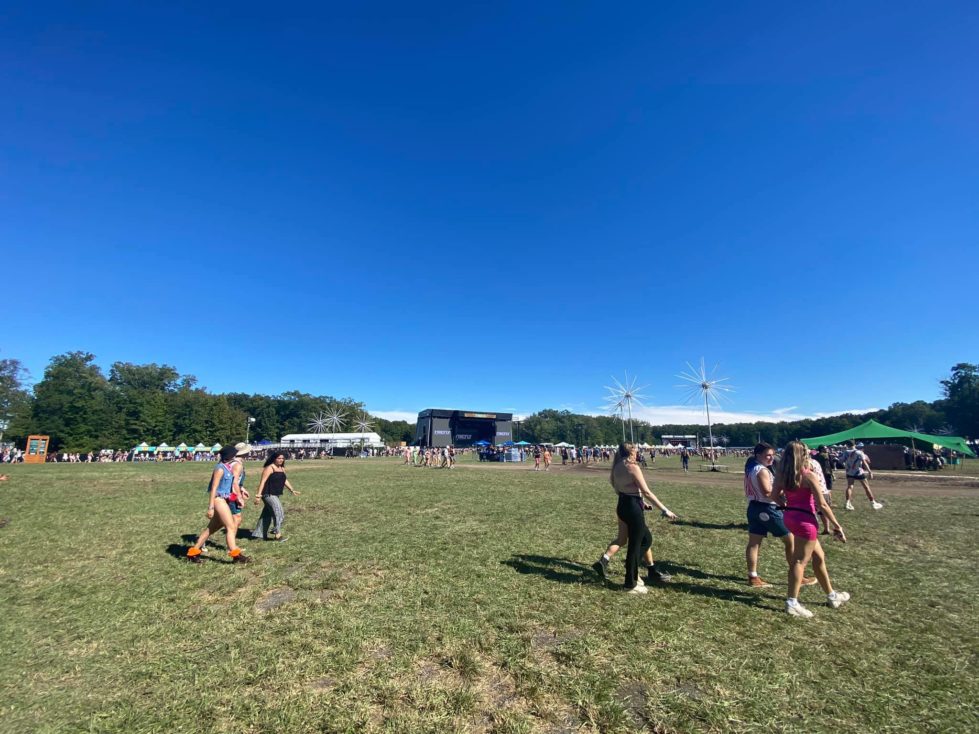 There wasn’t a cloud in sight Friday at Firefly Music Festival in Dover, after a stormy Thursday delayed entries.

Firefly Music Festival felt a lot like a giant release party on Friday.

Multiple artists said the festival was their first performance in a year or more because of COVID-19 restrictions.

During that time, alternative-folk band Judah and the Lion and indie-pop band Peach Pit created new music. Because their Firefly performances were their first in a while, Firefly fans got a sneak peek at some brand new releases.

Both bands asked the audience if they would be alright with hearing new songs — yielding enthusiastic applause from the audiences.

His name is Heinz Bollinger, and he drives his camper from Buffalo, New York, every year.

After coming to the same campsite during six consecutive Firefly festivals, his campsite neighbors crowned him King — with a T-shirt and a hat to prove it.

The group met during Bollinger’s first visit to Firefly. Having made friends, they’ve returned together to the Woodlands at Dover every year since 2014.

Bollinger said he’s the king because he’s usually the first RV in line at the festival.

“I’m feeling good after yesterday,” he said. “Torrential rains and all that — that was OK. Today I looked around and I was like, there isn’t a d— cloud in the sky.”

This year’s festival is Engelhard’s fifth. He said it would have been his fifth-in-a-row if not for last year’s event being canceled.

The thing he likes most about Firefly is its affordability, compared to other music festivals like Coachella and Lollapalooza.

“I’ve been to some other festivals in other states and, generally, you get a good experience if you manage it well,” Engelhard said. “You really get your money’s worth here.”

He said he also likes that Firefly offers a broad diversity of artists.

“If you’re trying to go from stage to stage — which you really can do — you’re going to see a great rock artist, a great rap artist, a great EDM artist,” Engelhard said. “You might stop to have a beer with some people you met.”

He said Firefly requires energy and stamina, but if you’ve got it, “It’s non-stop fun.”

Nick Settecase and his friend Joey Melchiori, who he’s known since elementary school, are visiting Firefly for the first time this year.

Both of them are originally from Cleveland, Ohio.

“We’ve been in a good mood since we got here,” Melchiori said. “Minus the rain on the first day, which everybody knew was going to happen, this experience has been crazy.”

He said everyone he’s met has been really nice and “on the same wavelength.”

Fresh off the performance of his favorite band, Peach Pit, Melchiori said he was looking forward to seeing Cage the Elephant, Tame Impala, The Killers and Glass Animals.

“The lineup is stacked,” he said. “This is our first time coming to Delaware and it’s a nice place. I wish we could stay longer.”

The festival will end Sunday at midnight after headline act Lizzo performs. Forecasts call for clear, sunny skies with a 3-day high of 75 degrees.

Delaware LIVE News is covering Firefly in person. Check back for updates.