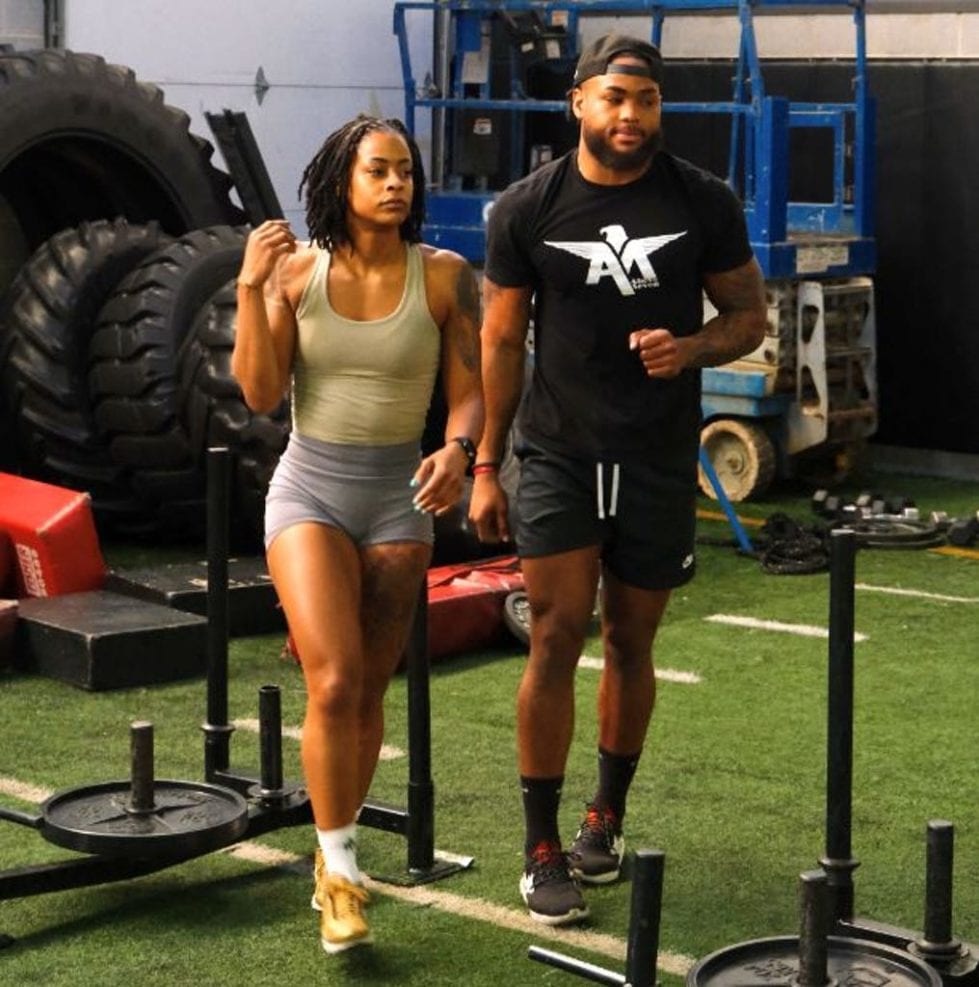 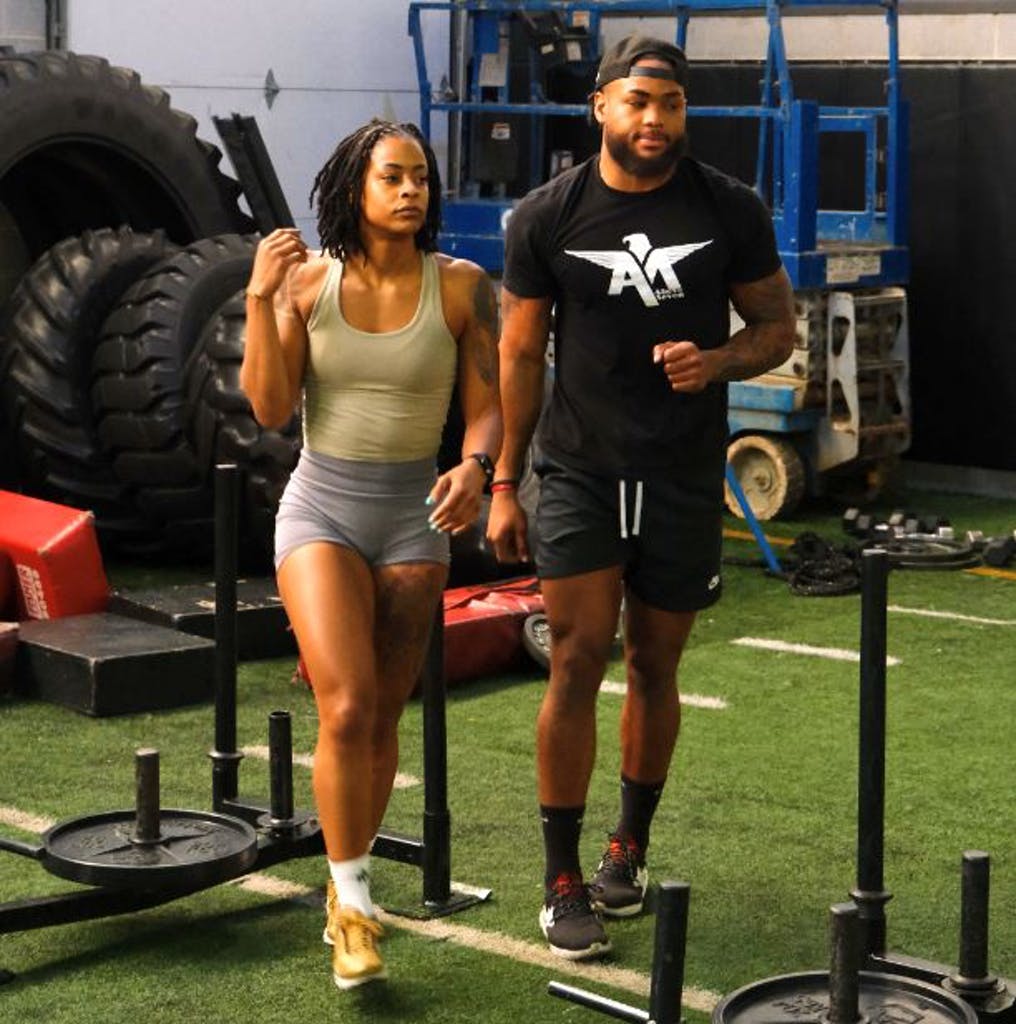 If working out is a hassle, you’re surrounding yourself with the wrong people.

Need proof? Swing by Newark’s Alpha Training on a Saturday at 7 a.m. and step into the fitness world uniquely curated by dream team Amirah Postell and Andre Price.

Sure, the battling ropes can be defeating that early in the morning, but when a live DJ is pumping dope beats through the gym and Price is bellowing, “LET’S GO!” resistance is futile—you will slam those ropes and move that body-ody-ody-ody-ody-ody-ody-ody to Megan Thee Stallion like your life depends on it.

While members of this drop-in, stations-based class might take the occasional dance break when moving from one exercise to the next—it’s a little bit sexy, a lotta bit sweaty—make no mistake: This is legit full-body HIIT training, backed by Price’s master’s in Health Science and his NCAA-coaching certification and Postell’s vibrant energy and passion for fitness.

And it’s not just your life the duo wants to touch—it’s a million of them.

“It’s a big goal, but when we look at the grand picture of what this thing is and where we’re going, the goal is one million lives touched,” says Price.

Price, with life-and-business partner Postell, co-own and operate Above Seven Fitness, a one-stop shop that offers group fitness, individual training, their own branded apparel and, the part that stole Postell’s heart, a charitable foundation dedicated to providing resources for student athletes from one-parent households in Delaware (and beyond, if their dreams come true).

“When Dre told me about that part of his mission, that was it for me,” Postell says. “As much as we both love the training and the clients, this foundation is his baby for real, but he hates to take credit. So I have to speak on my man: This foundation means everything to him.”

The foundation is an extension of Price’s own upbringing as a high-caliber athlete who would go on to play collegiate football.

Born in California, he was raised by a single mom with limited resources. At one point, the family almost lost their home. Being “young and dumb,” and attending school an hour away, Price often found himself hanging out after practice for hours.

“I was getting involved in things I shouldn’t have,” he says. “It took me having to dodge my first bullet to realize I needed to do better, and not just for me. Ever since, I’ve been on the path of giving back—there are plenty of student-athletes out here with just one parent holding it down who need help.”

That help can include everything from off-season training to tutoring to transportation. While COVID threw some kinks into the mission, Postell and Price are hoping to accept their first class of student athletes in the fall of 2021.

“If we put support into these households, maybe a mom doesn’t have to work two to three jobs; or an athlete stays ahead in school,” Postell says. “We want this thing to be bigger than us.” 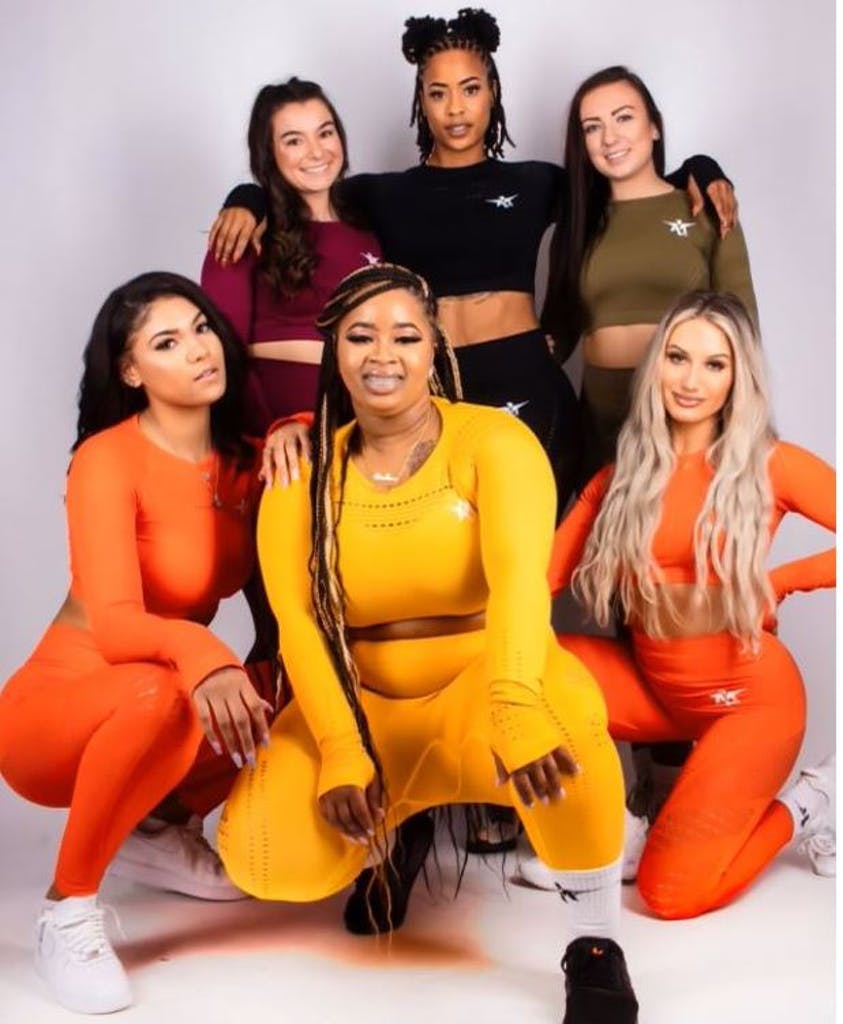 But the “us” is a critical ingredient.

Price and Postell took a meandering path toward each other. Price was getting his training work off the ground by working with local men and women’s collegiate teams, while Postell, who holds degrees in communications and psychology, was trying to find her place.

“I didn’t love my job; I kept looking for something that would really inspire me, but didn’t find it,” she says.

The only constant source of happiness was her work outs.

“That was my passion, and people would see my work outs and ask me to train them. But I was still too afraid to take the leap of faith and do it full time by myself.”

But then she noticed a guy at the gym.

“We were both in there doing crazy things with all this crazy energy, and we just naturally gravitated toward each other’s vibe,” Postell says.

It wasn’t long before Price, who had already planted the seeds of what would become Above Seven, realized he needed Postell on his team.

“I was like, ‘Why aren’t we doing this together?” Price says. “For a long time, we were just friends. But it turned into something more, but that wasn’t even what it was, honestly. I saw what happened when she came to the classes, how the energy in the room just went crazy. I just kept waiting for this woman to see herself the way I did. I knew it would happen.” 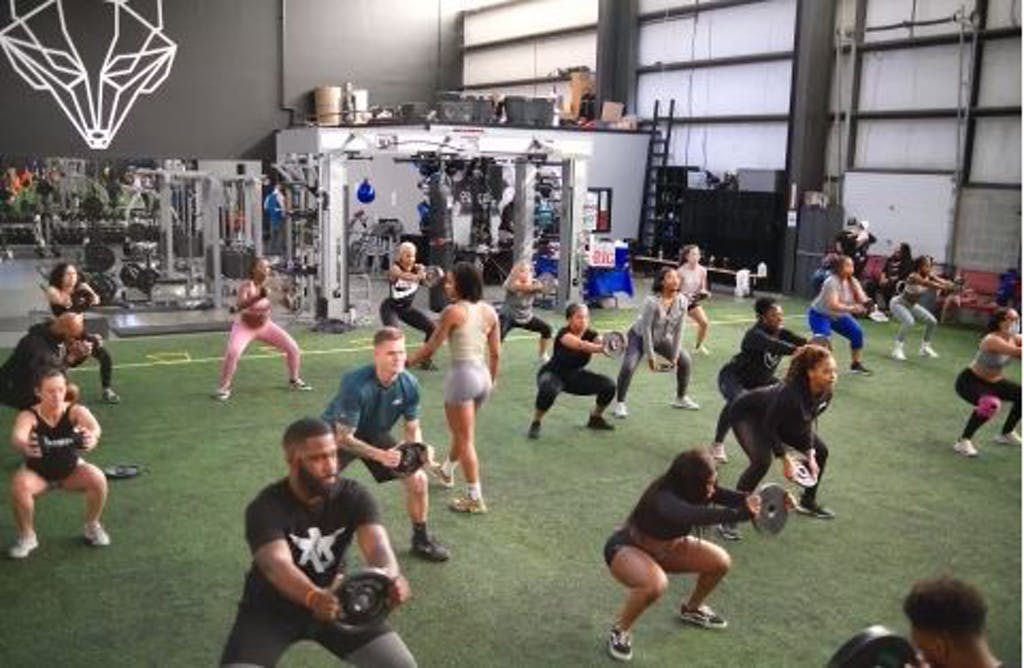 The Above Seven workout at Newark’s Alpha Training

It did. The two have officially been in their community-focused fitness startup for less than two years, although the history of the Above Seven name goes back years.

“Above Seven was started by a group of my teammates in high school, and it means to hold yourself to a higher standard and live your life above the seven deadly sins,” Price says. “The guy who came up with it, my friend Sheldon Martin, was killed in 2014 right when he made the decision to re-dedicate and re-focus his life. He wanted to be in fashion, so the name is his legacy, and we brought in the apparel side of the business to let his dream live on.”

The Above Seven family eats up the fitness gear, and at the weekly drop-in classes you’ll find all shapes and sizes rocking their A7 fits while they work.

For Postell and Price, “family” is the key word.

“We’re not just out here doing this for money or to leave a mark,” Price says. “This is not just a business. This is our family. We are not just trainers: We are counselors who get called up in the middle of a night because a client is going through some stuff. We’re at Army graduations and weddings and baby showers. We refuse to operate a ‘Your hour is up, you gotta leave’ experience.”

Postell drinks in the scene in front of her at Alpha Training: the turf, the weights, the cardio equipment, the feel of the space and her partner beside her. She shrugs.

“When you step foot into this place, you just feel it.”

Drop-in classes at Alpha Training are offered Monday, Wednesday and Fridays at 5:30 a.m.; and live DJ sets on Saturdays at 7 a.m. The rate is $15. All are welcome. For more info, see aboveseven.org. 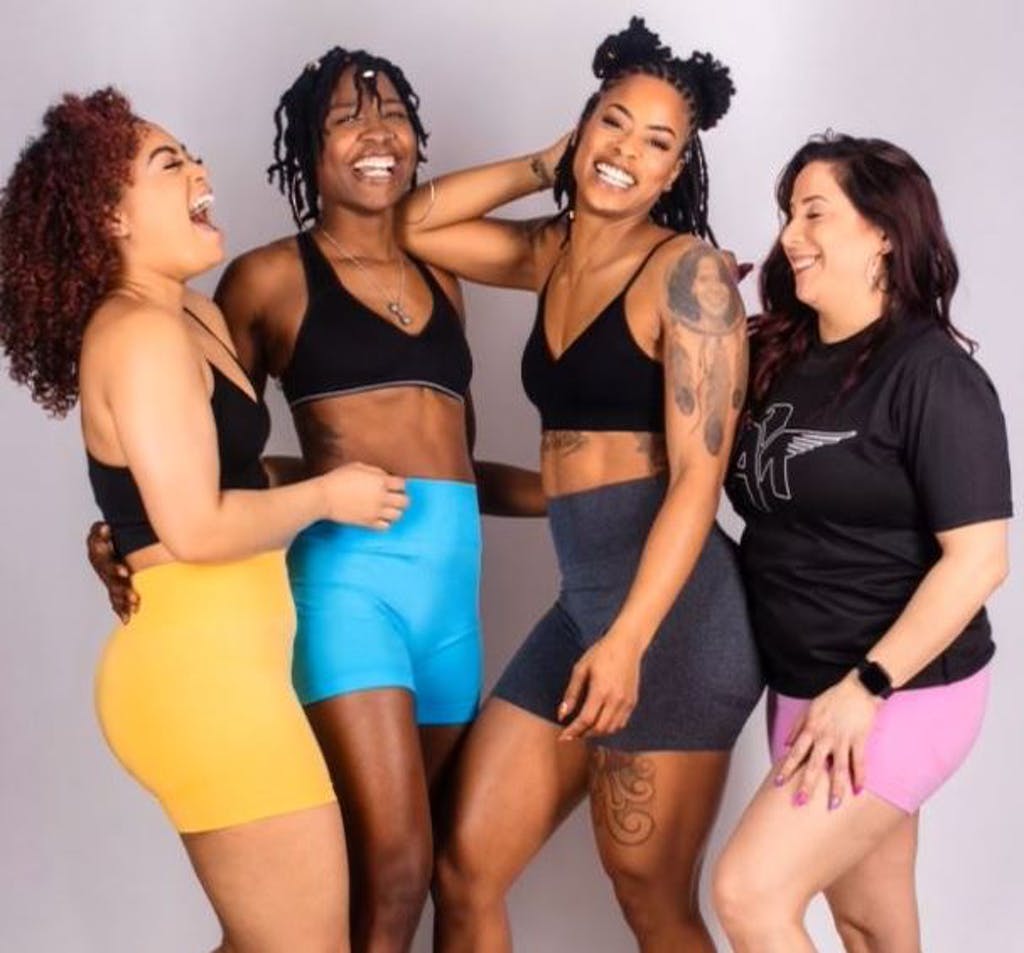 Some of A7’s workout gear

Longwood schedules 6 themed nights of fireworks, fountains
Delaware's surplus for 2022 set at $669 million; comes with warning to look ahead
Moms say they will keep kids home rather than send to school masked
St. Mark’s to honor fallen student, Veterans with 20K challenge