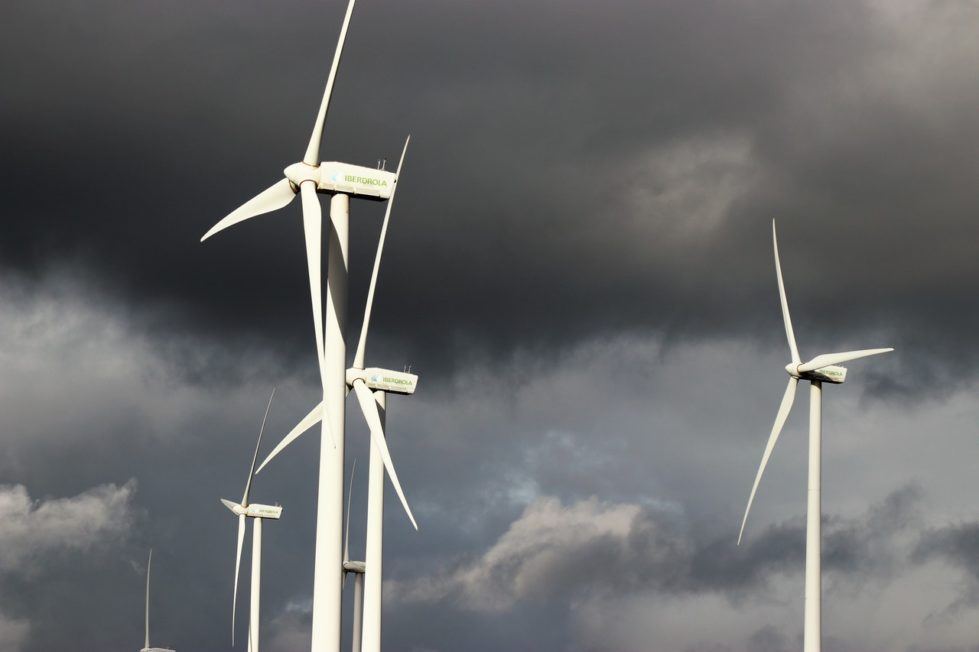 If a new anti-wind farm coalition is successful with a federal lawsuit to halt an offshore wind farm in Massachusetts,  the court decision could force federal regulators to reanalyze projects across the eastern seaboard, including one off the Delmarva coast.

That could halt or significantly slow their construction and start-up.

“It’s going to affect all of the offshore wind projects,” said Dave Stevenson, director of the Center for Energy & Environment at the Caesar Rodney Institute, a conservative think tank in Delaware. “This is the first industrial-sized offshore wind project to be approved and the environmental impact statement is seriously flawed, the record of decision they used to get the permit is seriously flawed, and the Bureau of Ocean Energy Management used those flawed documents to approve this project.”

Wednesday’s press conference to announce the lawsuit aimed at the Vineyard Wind turbine farm off Nantucket, also served to launch the alliance of advocacy groups — including one from Delaware —who oppose development of similar wind farms along the east coast.

The American Coalition for Ocean Protection includes groups from Maine, Massachusetts, New Jersey, Virginia and North Carolina, as well as a group in Michigan.

The Caesar Rodney Institute is an organizing force behind the coalition, Stevenson said. It hopes members will serve as “watchdogs against misguided federal and state offshore wind policy,” according to a press release.

The coalition says wind projects, including the proposed Skipjack wind farm off the shores of Ocean City, Maryland, are moving forward without adequate studies of potential impacts on the beach, environment, fishing economies and critical animal species.

It says the federal government has rushed offshore wind projects through the regulatory process without consideration for the detrimental impacts of wind farms on the environment and economy.

“President Biden is publicly pushing his administration to ‘cut the red tape’ to get going on constructing these offshore wind projects without any thought to the potentially destructive consequences these wind turbines may cause or have proven to have caused in Europe,” the coalition’s website says.

During Biden’s first week in office, he issued an executive order to fast track the approval process for offshore wind leases and environmental impact studies with the goal of deploying 30 gigawatts of offshore wind power by 2030.

The Vineyard federal lawsuit is predicated on the migration patterns of the endangered North Atlantic right whale, which the coalition says will suffer under the effects of the wind farm’s construction and operation.

That area, the group said, is one of the whale’s last strongholds, for migration, foraging and raising their young. Increased construction vessel traffic, pile driving and operational noise will further endanger the whale, the group said.

Dr. Jeremy Firestone, professor and director of the Center for Research in Wind at the University of Delaware, said that in litigation, parties must use whatever is available, but that the group is disingenuous in saying their objections to the offshore wind farms are based on the right whale’s migration patterns.

“Vineyard Wind did negotiate with several conservation organizations about procedures for installation. There are expert entities like the New England Aquarium who have many, many right whale biologists on their staff,” Firestone said. “The biggest threat to right whales is and remains commercial ship strikes. I don’t see Caesar Rodney trying to shut down maritime commerce, and secondly, ghost fish lines. I don’t see them trying to shut down commercial fishing.”

The lawsuit seeks an injunction against the U.S. Bureau of Ocean Energy Management, the National Oceanic and Atmospheric Administration and the National Marine Fisheries Service. Secretary of Interior Deb Haaland and Secretary of Commerce Gina Raimondo are also named as defendants.

The suit seeks to stop the three federal groups from issuing any permit, approval or other action within the Vineyard Wind area or anywhere that could adversely affect federally listed species or the human or natural environment.

Stevenson said that if the Vineyard Wind project’s approval isn’t overturned by the lawsuit, “they’re going to use the same flawed logic to approve every other project along the east coast, including Skipjack.”

Firestone said he does not expect the plaintiffs to prevail.

“That would be very surprising if they were able to obtain that kind of relief, let alone whether they’ll be successful relating to the Vineyard Winds,” Firestone said.

“Climate impacts of inaction are grave no matter where you live, certainly along the sea,” Firestone said. “Coastal residents live in one of the areas that are particularly at risk from a changing climate.”

The Skipjack project near Ocean City, developed by Danish multinational power company Ørsted, is expected to generate 120 megawatts of electricity, enough to power 40,000 homes. It will use 10 853-foot- tall turbines.

That project faced delays after plans to construct an interconnection facility at Fenwick Island State Park were scrapped in 2020.

Despite the delays, the company has submitted a proposal to the Maryland Public Service Commission to develop and build a second farm nearly six times the size of Skipjack 1.  Ørsted said the amount of turbines in that project depends on the size of the award from MPSC.

Though the energy produced will mostly go to other states, Delaware alone has nearly twice the amount of homes that Skipjack 2 would power.

The connection site would have connected directly to the offshore project, delivering power generated by the wind farm to the grid. In exchange, Ørsted would have funded up to $18 million in improvement projects, including a parking garage,  pedestrian bridge, amphitheatre, new bathhouses and a visitor center.

After the agreement was made public, citizens reacted overwhelmingly with outrage that DNREC didn’t seek public input first. In July 2020, Ørsted said  it would no longer pursue its plans to develop the connection facility at Fenwick Island State Park.

It said then it would search for a new site, but  a year later, no site has been announced.

Delaware’s predominant offshore wind opposition group is a member of the newly formed coalition to oppose the wind farms. ‘Save Our Beach View’ is another project of the Caesar Rodney Institute.

“Our precious beach is about to be changed forever if immediate action is not taken,” the group says on its website. It said Ørsted’s 853-foot tall wind turbines will be visible from shore during the day and at night because of the flashing of airplane and ship warning lights.

The group believes that will create an “industrial landscape” which will cause coastal tourism to suffer.

“It will depend, but yes, on some days you will be able to see them from the shore,” Firestone said. “On other days, no. I’ve toured a couple of wind projects and on those days I haven’t really been able to see them until I was three, four miles away.”

Delays caused by the Trump administration as well as Ørsted’s difficulty in finding a new site for the interconnection facility have caused years-long delays to the Skipjack project.

Originally slated to become operational in 2023, completion of the Skipjack 1 wind farm has now been delayed until at least 2026.