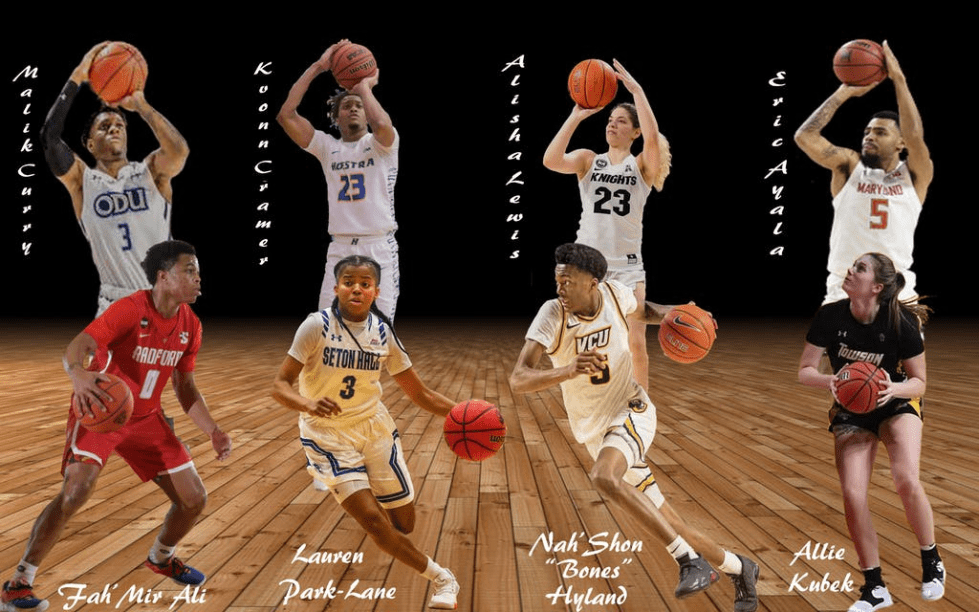 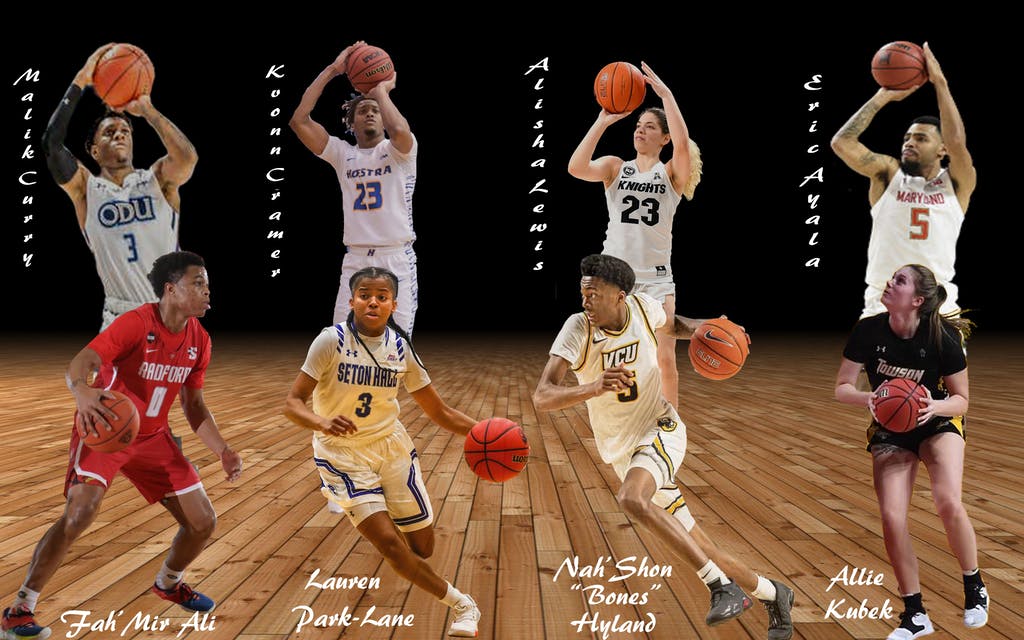 What a year for former #delhs basketball players!  Eight players who played their high school ball in Delaware were honored this week with various awards, highlighted by Nah’Shon Hyland’s Atlantic 10 Conference Player of the Year award!  Along with earning that award, Hyland was named to the A-10’s All-Conference First Team.

Joining “Bones” in the award winning for the 2020-2021 season were the following players:

Alisha Lewis (Ursuline), a sophomore transfer to UCF from Syracuse, averaged 9.5 points per contest in her first year for the Knights.  Her season high came on March 2nd in a game vs South Florida, where she scored 27 on 6-9 shooting from 3-point range.  Lewis impressed from three-point range this year, shooting over 45% from deep.  The Knights finished the year at 16-4, after a loss on Thursday to South Florida in the AAC Conference Championship Game.  Lewis & the Knights will await to see where they will be playing in the NCAA DI women’s college basketball tournament, on selection Monday, March 15th on ESPN.  The show will start at 7pm.

Eric Ayala (Sanford) perhaps finished out his season strong this weekend, in a loss to #1 seeded Michigan, 79-66, in the Big Ten Tournament quarterfinals.  The guard finished with 19 points and 5 rebounds on 7-15 shooting.  Ayala finished the season averaging 14.9 points per game, 4.2 rebounds per game, and a little over 2 assists per game.  At 16-13, the Terrapins earned a 10 seed in the NCAA Tournament & will play 7th seeded UCONN on Saturday, March 20th at 7:10 pm.

Fah’Mir Ali (Mount Pleasant) shined for Radford in his freshman year.  He averaged 10.3 points per game, 3.8 assists per game, & 1.6 steals per game, which lead Radford in all categories.  He was the only Highlander to score over 20 points in a game this season, doing it twice.  He finished 5th in the Big South for assists per game, and 6th for steals per contest. Radford finished 15-12 on the season & did not qualify for the NCAA Tournament.

It had 1,366 days since Kvonn Cramer played a basketball game.  The last time we saw him play was his sophomore year at Mount Pleasant.  The injuries took away the rest of his high school career & last year saw him redshirt his first year at Hofstra.  2020-2021 saw Cramer breakout on the scene for the Pride as he averaged 8.9 points per game & 6.7 rebounds per game.  This young man has overcome a lot & stayed focused on getting his body right, and it’s great to see him breakout earning All-Rookie honors for the Colonial Athletic Conference.  The pride fell to Elon in the CAA semifinals, and after a 13-10 season, they did not qualify for the NCAA Tournament.

Allie Kubek (Sanford), was tremendous in her freshman year at Towson.  She averaged near a double-double with 8.8 points per game & 7.1 rebounds per game.  She became the first Tiger freshman to start every game since 2007, according to Towson’s website.  Towson did fall to 13-9 after losing to Hofstra in the CAA quarterfinals.

Malik Curry (St Elizabeth) was spectacular for Old Dominion this year.  He started all 19 of the Monarchs games this season & netted double figure scoring in 18 of those starts.  The Wilmington native, and former St. Elizabeth standout, was all over the conference leaderboard.  He averaged 15.6 points per game, 3.6 assists per game, and ranked 4th in Conference USA in steals per game (1.84) & 3rd for free throw percentage (85.1%).  The Monarch’s finished their season at 15-8, after a disappointing quarter final exit to North Texas in the C-USA Tournament quarterfinals.  Old Dominion ended up on the outside looking in when it came to the NCAA Tournament this year, but Curry finished his college career out with a very impressive year.

Park-Lane (Sanford), who I spotlighted at the beginning of this season, continued that success all the way to earning two Big East postseason honors.  The sophomore maintained her hot start to the season, finishing the year averaging 17.5 points per game and 5.6 assists per game.  Her high mark came with a career high 32 points on February 18th in a game against Georgetown.  Her Pirates end the year at 14-7 after a loss in the Big East Championship game to Creighton.  Seton Hall will be watching come Monday night to see where they may fall in the NCAA Tournament field.  Nonetheless an amazing sophomore campaign from the Sanford alum.

We end with “Mr. A-10”, Bizzy Bones, himself.  No other Delaware athlete has enjoyed the meteoric rise over the past few months that Hyland has.  Not even recently crowned Super Bowl Champion, Chris Godwin (sorry Chris).  He even has been highlighted by two ESPN personalities on Twitter, Dick Vitale & former NBA big Kendrick Perkins.

Delaware Live told you to keep an eye out for a breakout year from Hyland, and the breakout he did.  Bones led the conference in scoring at 19.4 points per game and also added 4.7 rebounds per game.  He scored 20-plus points 11 times & went off for 30 points on 3 separate occasions.  He assumed the leadership role for a Rams team picked to finish 9th in the conference and led them to a 19-6 record to finish second in the conference.

Bones helped the Rams to the A-10 Conference championship game, where they fell short to St. Bonaventure.  However, they were still able to clinch a 10th seed in the NCAA Tournament and will play 7th seeded Oregon, Saturday March 20th.  Tip-off is set for 9:57 pm.