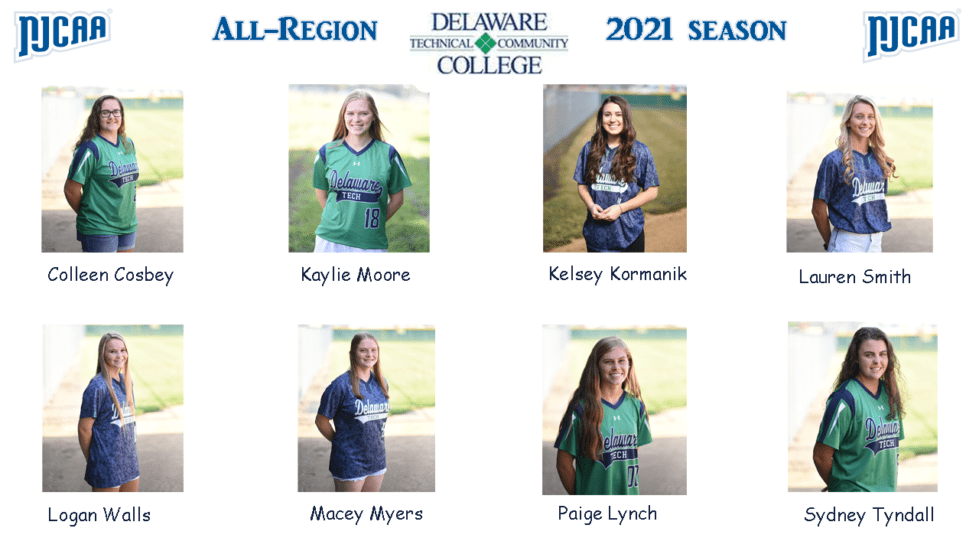 It has been a banner year for Delaware Technical Community College’s softball team. The team finished the 2021 season as champions of Region 19 and the Mid-Atlantic District, competed in the 2021 NJCAA Division II National Softball Tournament, and won just the second national tournament game in program history.

All of those accomplishments wouldn’t have been possible without some dynamic players. Recently, eight of the team’s 18 players were named to the NJCAA Region 19 All-Region teams.

“I was happy these eight received all-region honors,” Wilkins said. “This is the most we’ve had since I’ve been head coach and it was well deserved.

“They all had great work ethic at practice and would do the extra things.”

Wilkins led the team to a 19-6 record (including the postseason), while winning his 100th game at Delaware Tech in April. For the season, Delaware Tech finished with a .388 team batting average with 238 runs scored, and 32 home runs.