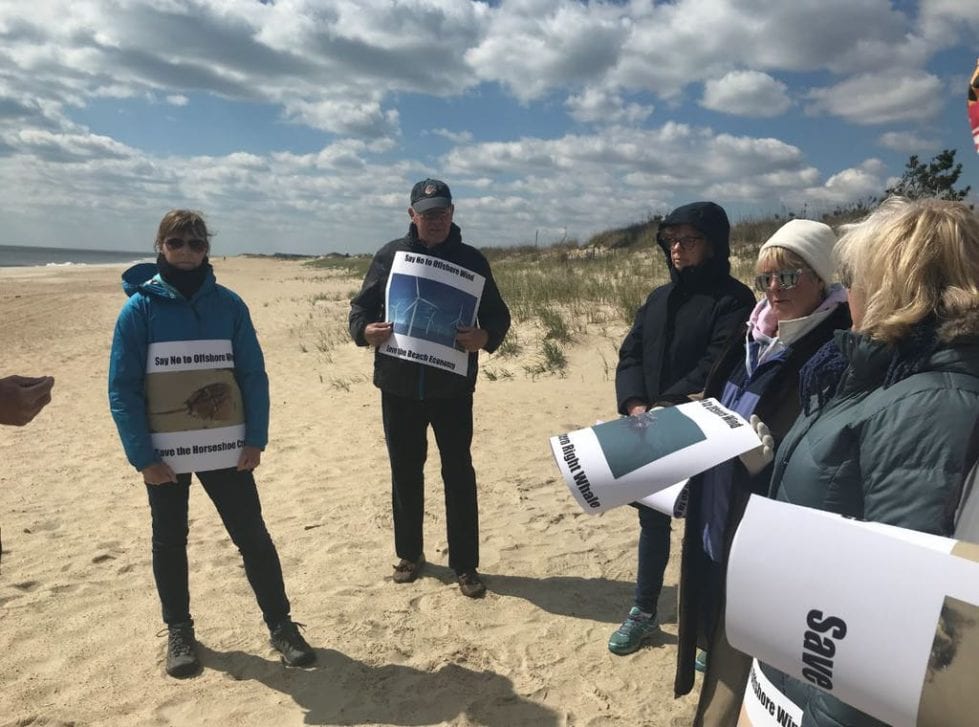 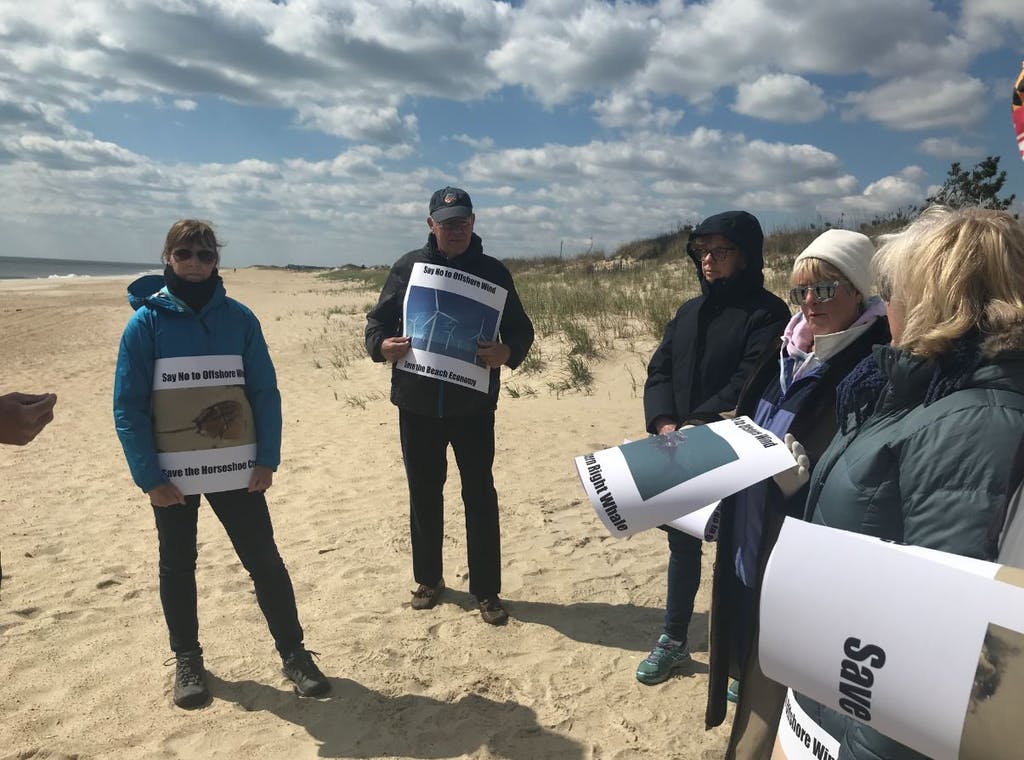 A small but dedicated group met near the Indian River Inlet today to protest proposed windmills being built off the Delaware coast.

Saying the windmills would be an environmental nightmare, members of the Offshore Wind Transparency Project held signs and passed around petitions to help spread their point.

A wind turbine farm proposed by Orsted, a Danish multinational green energy company, would place the turbines off the coast of Delaware from Rehoboth to Fenwick Island.

The proposed construction site would be on top of the site of a horseshoe crab sanctuary, members said.

Horseshoe crab blood is used by pharmaceutical companies to test for contaminants. Horseshoe crabs also provide the main source of food for the endangered Red Knot during its annual migration south to north.

Horseshoe crabs burrow in the sand during the winter months. Changing their habitat from sandy to solid concrete could have catastrophic  results for the prehistoric species.

Other concerns from the group, included possible effects on whales from the power lines, on birds from the turbine blades and the economy of the beach area. The turbines are three times as tall as the Indian River Inlet Bridge and would be seen from the shoreline.

Members of the protest today said they were also concerned about the health of people coming to the beach at the inlet if a giant transmission line were buried 10 feet under it.

The project has support.

Maddy Goss, spokeswoman for the Delaware Center for the Inland Bays said, “The Center supports offshore wind and believes it is part of the renewable energy solution to climate change, which is having a tremendous impact on our region.”

Orsted has said the project would generate clean renewable energy for Delaware and Maryland’s Eastern Shore.

“Wind energy is essential if we want to move our country away from dirty fossil fuels and create quality jobs in the process,” said Maryland Congressman Dutch Ruppersberger. “This project, specifically, will provide enough clean energy to power 35,000 Maryland homes.”

Orsted has delayed plans to bring its wind turbines online in the Delaware Maryland area until the second quarter of 2026.  Representatives from Orsted say they are using the time to further investigate, evaluate and optimize critical components of the project like cable landfall and interconnection.

The group has a website: www.offshorewindtransparency.org for more information.